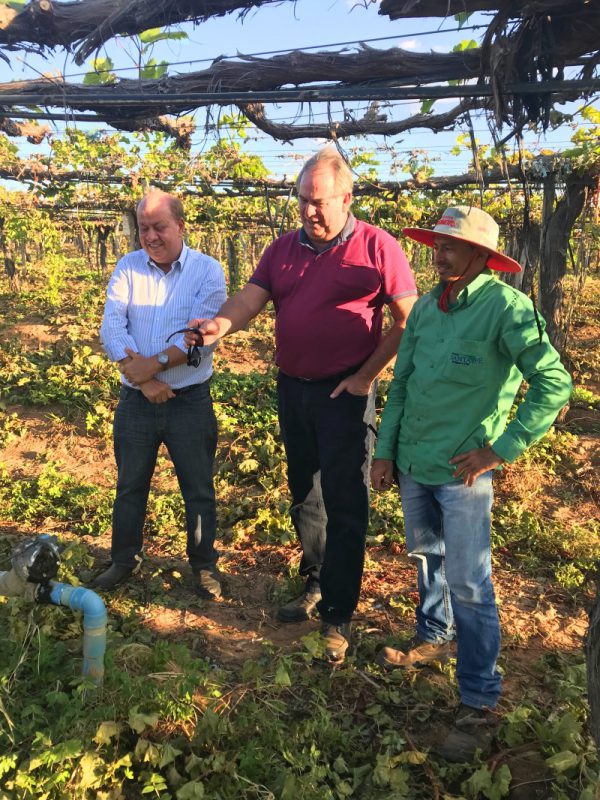 This article was originally published in Portuguese in the Campo & Negócios Hortifrúti magazine.

Back in 2017, the National Water Agency (ANA, by its acronym in Portuguese) released a study entitled ‘Atlas Irrigation: the use of water in irrigated agriculture’, which mapped out the situation of the sector in the country.

The data revealed that Brazil is among the ten countries that most irrigate in the world, with a productive area of 6.95 million hectares and a growth potential of 45% until 2030. With all this potential, the ANA’s main concern is that this expansion will take place in a sustainable manner, meeting the environmental responsibility criteria of the regulatory bodies linked to the environmental sector.

As the irrigated areas are expanding, we have also observed losses of areas due to salinization, and the risk of occurrence of water crises due to climate change, compromising the planet’s water resources.

Farmers must pay more attention to these facts than ever before, promoting structural improvements, investing in more efficient irrigation systems, in high-tech equipment and practices that will provide greater water savings.

Water quality is one of the main points in the production process, and Brazil has a tropical and subtropical climate, in which most sources of surface water are rich in organic matter, algae, organic colloid, iron and manganese, and its use without observing due care causes accumulations of dirt inside the pipes of irrigation systems, creating biofilm, obstructing valve controls and emitters, and compromising the efficiency of the system.

Another problem that affects irrigation systems is so-called hard water which is rich in calcium, magnesium and/or sodium carbonates and bicarbonates, which cause clogging in pipes and emitters. To the right we can see the result of obstructions caused by biofilm, which are organic colloids associated with FeO3 + and MnO +, and obstruction caused by bicarbonates.