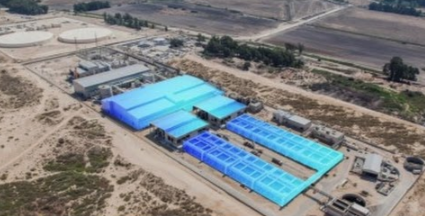 Over the past few years in Israel, the country's water shortage has become a surplus. Through a combination of conservation, reuse and desalination, the country now has more water than it needs. And that could translate to political progress for the country in the Middle East, one of the most water-stressed regions in the world. NewsHour's Martin Fletcher reports.