How platinum can help clean up wastewater, make it potable 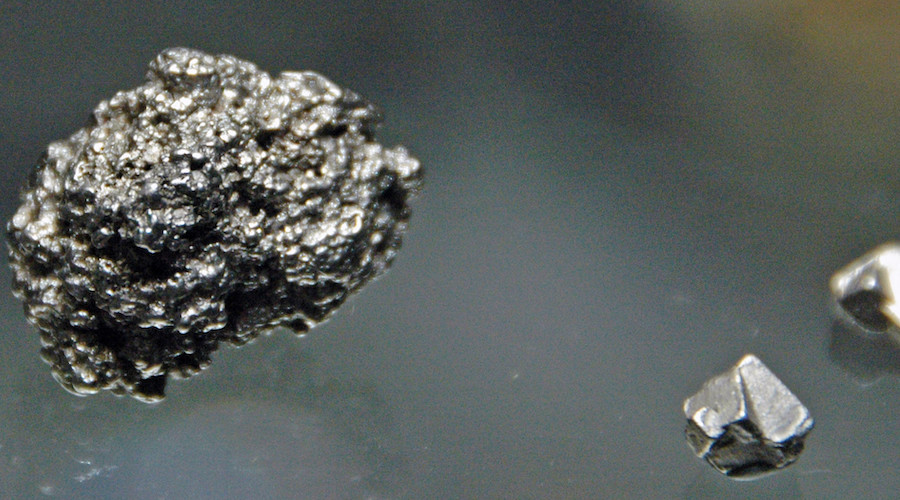 Researchers at the University of Southern California have found that platinum is a key ingredient to help clean even the most stubborn toxins from wastewater.
As wastewater treatment for potable reuse becomes a more viable and popular option to address water shortages, the scientists began thinking about how to address the presence of aldehydes, which are chemicals that stubbornly persist through treatment and that are toxic to humans.

In a paper published in the journal Environmental Science & Technology, the researchers introduce the idea of using platinum to clean the toxins in water in the same way the metal is used in catalytic converters to clean up air pollutants in car exhaust. In their view, the precious metal can be employed to speed up oxidation to transform once-toxic aldehydes into harmless carboxylic acids.

“When wastewater is recycled the resulting water is very pure, but not 100% pure,” Dan McCurry, one of the study’s co-authors, said in a media statement. “There’s still a tiny amount of organic carbon detectable and these carbon atoms could be attached to molecules that are very toxic or completely innocent. This has perplexed people for years, particularly because the carbon is able to make it through so many treatment layers and barriers.”

According to McCurry, a study conducted at UC Berkeley revealed that one-third to one-half of these molecules are present in the form of aldehydes.

Aldehydes are chemical compounds characterized by a carbon atom that shares a double bond with an oxygen atom, a single bond with a hydrogen atom, and a single bond with another atom or group of atoms. They are also generally toxic to humans, meaning that their long-term consumption could result in a variety of chronic and life-threatening illnesses such as cancer.

Until now, however, catalytic oxidation of organic pollutants in water without electrochemistry, the addition of electron-accepting oxidant chemicals, or photochemistry, had not been sustainably demonstrated.

Enter platinum, one of the few oxidants that is non-toxic and can utilize the oxygen in water to catalyze a reaction abiotically, that is without the use of microbes.

McCurry explained that there are about eight milligrams per litre of dissolved oxygen in water. While O2 is a potent oxidant from a thermodynamic perspective, the reaction is slow. With platinum, the process speeds up. For a while, McCurry and his team of researchers used platinum to oxidize different pharmaceuticals as a matter of experimentation. After a year of trial and error, the idea of using platinum in water treatment to oxidize contaminants emerged.

“It would happen essentially for free, and because the oxygen is already in the water, it’s the closest you could get to a chemical-free oxidation,” the researcher said.

The scientist clarified that his breakthrough is not as relevant for most existing water reuse plants, as many of them favour indirect potable reuse. This is where, after all the water treatment and recycling processes are complete, water is pumped back into the ground—so they are essentially creating new groundwater whose aldehydes are likely eaten by some microbe.

“But more and more people are talking about direct potable reuse,” McCurry said. “Where we are talking about a closed water loop where water goes from the wastewater treatment plant to the reuse plant and then either to a drinking water plant or directly into the distribution system into homes and businesses.”

In these cases, aldehydes could potentially reach consumers. While they are currently unregulated, McCurry suspects that the presence of aldehydes in recycled wastewater will soon attract regulatory attention.

“This is the problem we didn’t realize we had a solution for, but now we know, this catalyst, which we had been using to oxidize random pharmaceuticals for fun, works great on oxidizing aldehydes—and would allow for direct potable reuse water to meet future regulatory guidelines and safety standards,” the researcher said.

In this manuscript, we demonstrate oxidation of trace aqueous aldehydes to their corresponding acids using a heterogeneous catalyst (5% Pt on C), with ambient dissolved oxygen serving as the terminal electron acceptor. Mass balances are essentially quantitative across a range of aldehydes, and pseudo-first-order reaction kinetics are observed in batch reactors, with  k obs varying from 0.6 h–1 for acetaldehyde to 4.6 h–1 for hexanal, while they are low for unsaturated aldehydes. Through kinetic and isotopic labeling experiments, we demonstrate that while oxygen is essential for the reaction to proceed, it is not involved in the rate-limiting step, and the reaction appears to proceed primarily through a base-promoted β-hydride elimination mechanism from the hydrated  gem -diol form of the corresponding aldehyde.

This is the first report we are aware of that demonstrates useful abiotic oxidation of a trace organic contaminant using dissolved oxygen.