How to Irrigate Better and Save Water 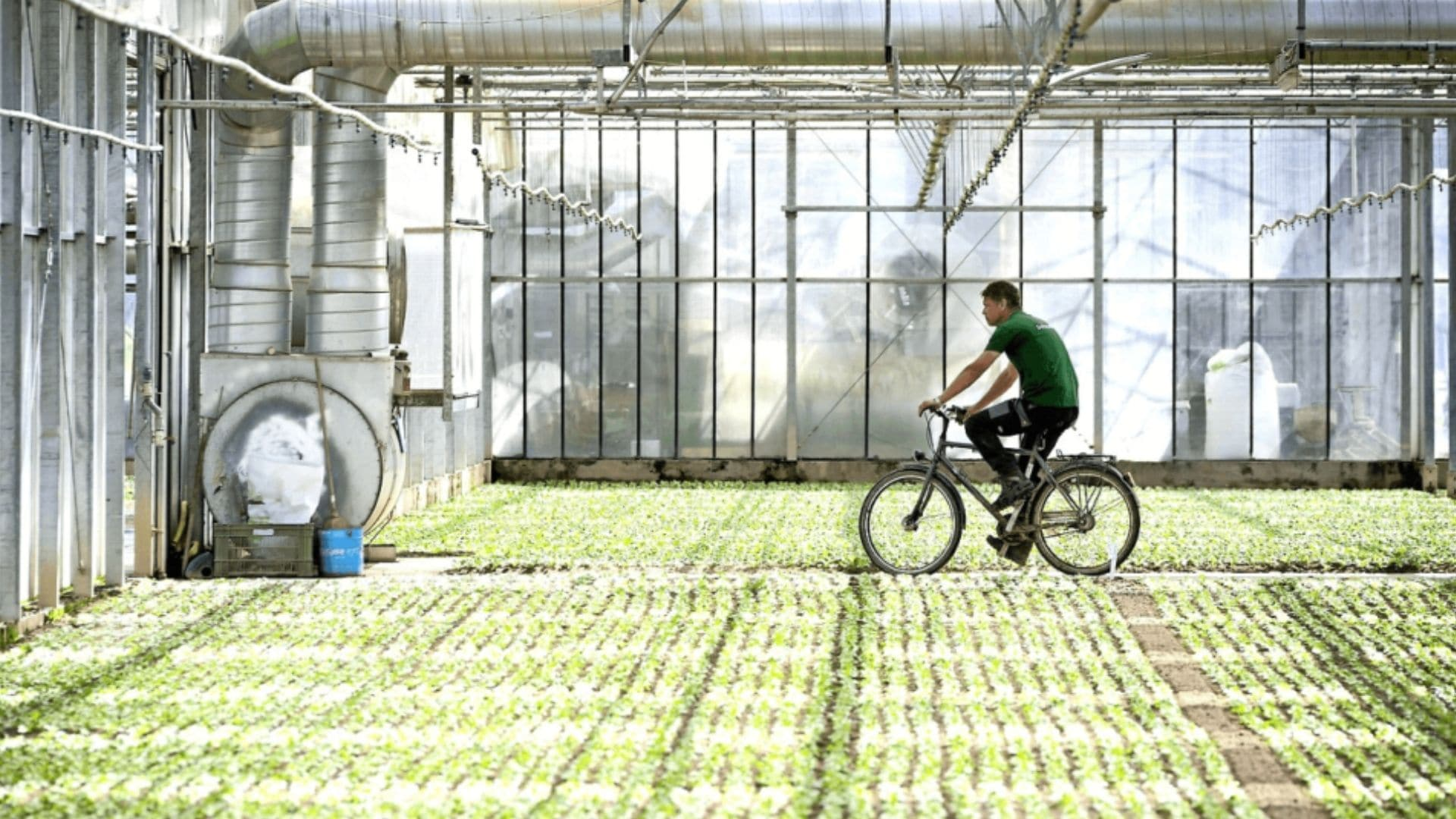 This article originally appeared in La Liberté in July 2021. The original article is available  here  (in French).

Since spring 2019, the Swiss Radies farm in Chiètres, Switzerland, has been using an innovative water treatment system developed by a Swiss ﬁrm based in Sierre: AQUA4D. It has been recognized by the Solar Impulse Foundation and Swiss Environment Office among others, and received EU Horizon 2020 funding.

Frédéric Bart, head of the Swiss Radies company, is very satisfied: “It has definitely been a worthwhile investment.”

At the entrance to the greenhouse, the visitor’s eye is immediately drawn to an installation consisting of several green pipes. “This is where the water undergoes AQUA4D® treatment,” explains Pierre Leuenberger, distributor of the product in Switzerland. “No chemicals are used,” he emphasizes. “The water drops are broken down into droplets using weak resonance fields.” The advantage: the water molecules penetrate further into the soil and permeate it more fully. “Irrigation water is distributed better in the soil and more evenly,” conﬁrms Frédéric Bart, pointing to the vast network of pipes that runs through the greenhouse at the top. 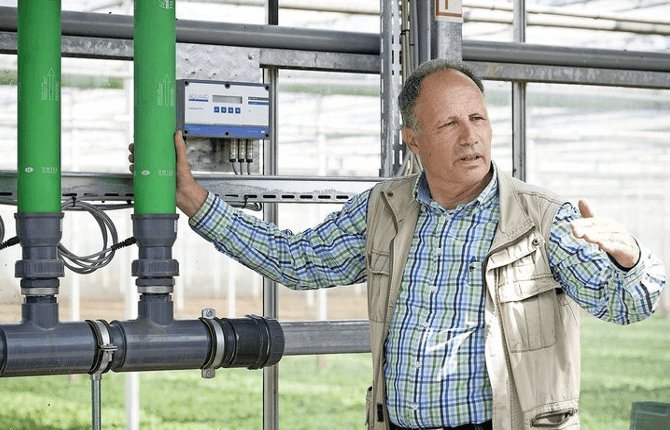 It is hard to truly quantify possible water savings in the absence of measurements in this case, but based on readings from facilities in other countries, AQUA4D afﬁrm that thanks to this treatment, water consumption can drop by 25%. “This is a very important aspect for regions suffering from repeated droughts, such as California, Chile or North Africa, which are currently important markets,” Pierre Leuenberger emphasizes. “But with global warming, water shortages are increasingly a reality in Switzerland and the demand for our system is increasing.”

The beginnings of AQUA4D go back to the early 2000s. In collaboration with the engineer Walter K. Thut, the now-CEO Eric Valette set out to find solutions for managing water more efficiently. Together, they developed a simple yet powerful system that saves resources. In addition to water conservation, the innovation allows the use of 30% less fertilizer and increases production by an average of 20%, according to company data.

“There is another advantage,” adds Pierre Leuenberger. “Thanks to this physical – not chemical – process, irrigation pipes no longer experience the formation of bioﬁlm that clogs the pipes.” In the field, this feature is having a tangible effect. “My radish plants are less victim to disease and the plants are healthier,” states Frederic Bart. “This improves the quality of the production, takes away worries and makes the work easier. The market gardener can manage irrigation remotely, thanks to software.”

It was through an acquaintance that Frédéric Bart learned about AQUA4D® a few years ago. Curious, he asked around and was convinced. A prototype was installed in 2019. “My entire 4.5-hectare farm is now supplied by this sustainable system. I had to invest a few tens of thousands of francs,” says the market gardener who acknowledges that it took him two years to measure the benefits of his decision.