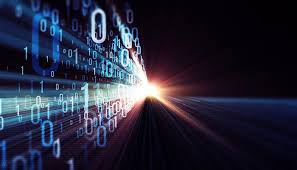 The new system will be installed later this year at the National Center of Atmospheric Research -Wyoming Supercomputing Center (NWSC) in Cheyenne, Wyoming and put into use in 2022.

It is a significant upgrade to NCAR’s existing system, Cheyenne, running on HPE’s world-leading HPC solutions, which include compute, storage, networking and software and delivering nearly 3.5X faster speed.

Latest system design will help NCAR process compute and image-intensive data to create digital models of various occurrences, from wildfires and solar storms to hurricanes and droughts, with greater accuracy.

“This new system, powered by Hewlett Packard Enterprise, is a major step forward in supercomputing power, providing the scientific community with the most cutting-edge technology to better understand the Earth system,” said Anke Kamrath, director, Computational and Information Systems Laboratory at the National Center of Atmospheric Research.

“The resulting research will lead to new insights into potential threats ranging from severe weather and solar storms to climate change, helping to advance the knowledge needed for improved predictions that will strengthen society’s resilience to potential disasters.”

The system will be powered by HPE Cray EX supercomputer, which is a purposefully engineered HPC architecture to enable large, next-generation supercomputing, including exascale systems, and features the latest compute and dedicated AI performance.

NCAR will use the system to tackle research in a wide range of earth’s phenomenal events, including determining how to make some predictions up to a decade in advance. Example research includes:

“We are inspired by leading R&D centers, such as the National Center of Atmospheric Research (NCAR), in their research efforts of applying high-performance computing to understanding earth systems, including severe weather events and wildfires, that lead to informed decisions in earth’s keeping people safe and preserving ecosystems,” said Bill Mannel, vice president and general manager, HPC, at HPE.

“We are honored to have been selected by NCAR to build its next-generation supercomputer that will tackle complex computational research for a range of geosciences while also making it easier for researchers to store and make that data accessible to help communities make smarter decisions.”

HPE will integrate the following end-to-end high-performance computing technologies with its HPE Cray EX supercomputer to enable a significantly advanced system with a theoretical peak performance of 19.87 petaflops:

NCAR’s new system is funded by the National Science Foundation, an independent agency of the United States government that supports fundamental research and education in all the non-medical fields of science and engineering.