Hydro Industries is shipping its water purification equipment to Bangladesh 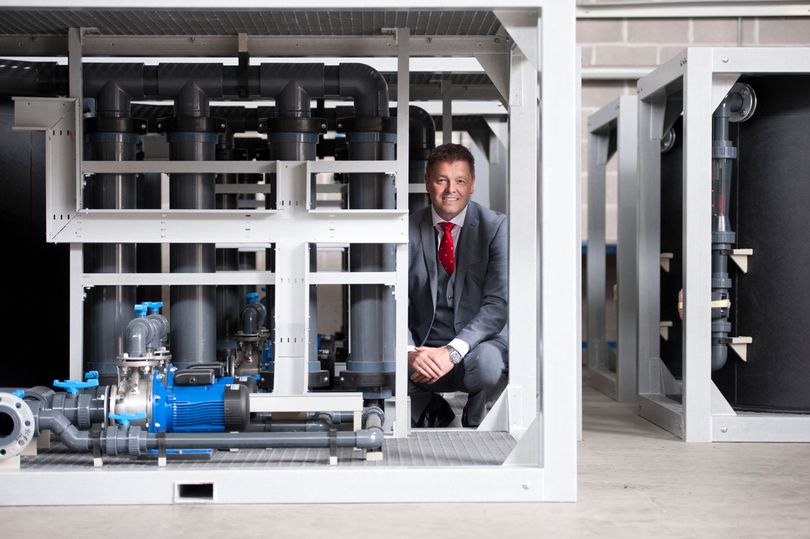 Cleantech developed by Carmarthenshire-based Hydro Industries will be shipped to Bangladesh this weekend to provide safe drinking water for communities currently reliant on contaminated sources.

Llangennech-based Hydro Industries’ technology is being deployed to some of the world’s poorest communities as part of a global partnership to meet one the most critical sustainable development goals of the United Nations.

Its purification systems will be up and running within weeks in Morrelganj where two thousand people are currently reliant on contaminated water from a local canal.

It comes after tests carried out by British scientists revealed dangerous levels of bacteria, parasites, e-coli, and in some cases, arsenic.

Hydro’ systems will deliver 40 thousand litres a day of clean water that complies with the stringent standards of the World Health Organisation. The WHO says that 140 million people in 50 countries are drinking arsenic-contaminated water.

Hydro Industries is collaborating with Bangladesh-based international development organisation BRAC, which is financed by Partnerships for Growth, a global initiative which finances and fosters partnerships between businesses, governments and civil society to promote sustainable development and counter some of the greatest challenges of climate change.

The Hydro had developed pioneering electro-coagulation technology, which can handle large volumes at low energy, while removing pollutants at an economically sustainable cost. The ambition is to expand the initial programme beyond Morrelganj to other communities in Bangladesh and elsewhere.

Chief executive of Hydro, Wayne Preece said: “The prospect of our technology helping some of the most deprived communities in the world whilst providing decent jobs for young scientists and engineers at home is extremely exciting and everyone at Hydro is thrilled to see our systems start their journey to Bangladesh this weekend”

Nick Virr, programme director of BRAC UK, said: “Working with private sector partners like Hydro is critical to delivering the sustainable development goals and solving some of the most difficult barriers in getting services to the world’s poor. Hydro bring extensive experience, innovation and high quality solutions that when coupled with BRAC’s on the ground understanding of the problems and people’s needs can deliver sustainable improvements in people’s lives at the scale needed”

The systems are being shipped from the UK to Chittagong and will arrive during the first week of October. They are are due to start operating on October 20th.