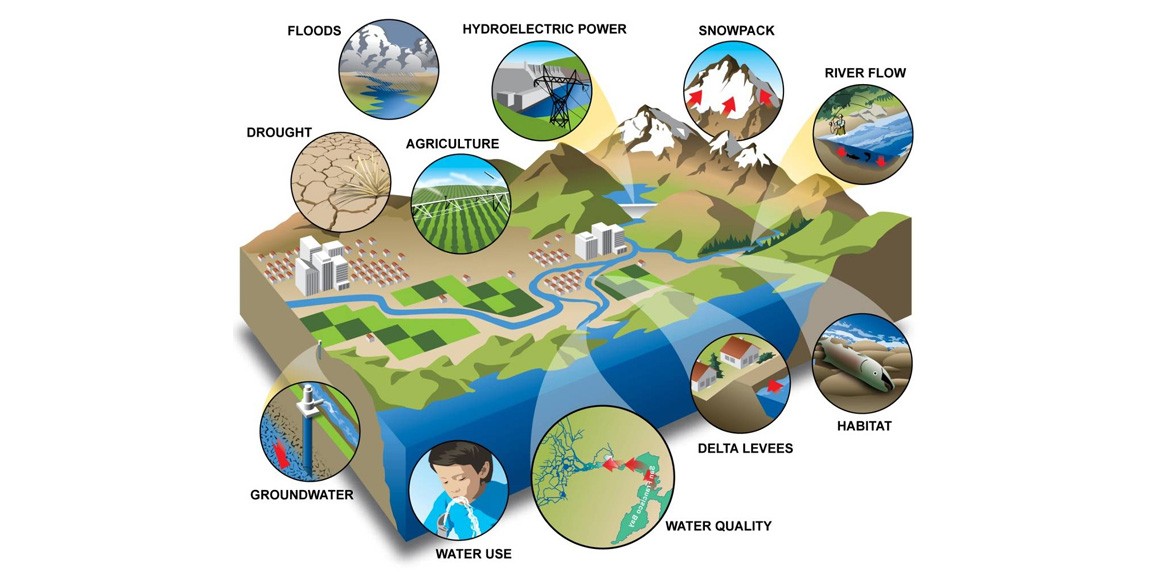 Hydrologic models that simulate and predict water flow are used to estimate how natural systems respond to different scenarios such as changes in climate, land use, and soil management. The output from these models can inform policy and regulatory decisions regarding water and land management practices.

Numerical models have become increasingly easy to employ with advances in computer technology and software with a graphical user interface (GUI). While these technologies make the models more accessible, problems can arise if they are used by inexperienced modelers, says Juan Sebastian Acero Triana, a doctoral student in the Department of Agricultural and Biological Engineering at the University of Illinois.

Acero Trian a is a lead author on a study that evaluates the accuracy of a commonly used numerical model in hydrology.

Findings from the research show that even when the model appears to be properly calibrated, its results can be difficult to interpret correctly. The study, published in the Journal of Hydrology, provides recommendations for how to fine-tune the process and obtain more precise results.

Model accuracy is important to ensure that policy decision are based on realistic scenarios, says Maria Chu, a co-author of the study. Chu is an assistant professor of agricultural and biological engineering in the College of Agricultural, Consumer and Environmental Sciences and The Grainger College of Engineering at U of I.

“For example, you may want to estimate the impacts of future climate on water availability over the next 100 years. If the model is not representing reality, you are going to draw the wrong conclusions. And wrong conclusions will lead to wrong policies, which can greatly affect communities that rely on the water supply,” Chu says.

The study focuses on the Soil and Water Assessment model (SWAT), which simulates water circulation by incorporating data on land use, soil, topography, and climate. It is a popular model used to evaluate the impacts of climate and land management practices on water resources and contaminant movement.

The researchers conducted a case study at the Fort Cobb Reservoir Experimental Watershed (FCREW) in Oklahoma to assess the model’s accuracy. FCREW serves as a test site for the United States Department of Agriculture-Agricultural Research Service (USDA-ARS) and the United States Geological Survey (USGS); thus, detailed data are already available on streamflow, reservoir, groundwater, and topography.

The study coupled the SWAT model with another model called MODFLOW, or the Modular Finite-difference Flow Model, which includes more detailed information on groundwater levels and fluxes.

In fact, the SWAT model yielded 12 iterations of water movement that all appeared to be acceptable. However, when combined with MODFLOW it became clear that only some of these results properly accounted for groundwater flow. The researchers compared the 12 results from SWAT with 103 different groundwater iterations from MODFLOW in order to find a realistic representation of the water fluxes in the watershed.

Yielding several different results that all appear equally likely to be correct is called equifinality .  Careful calibration of the model can reduce equifinality, Acero Triana explains. Calibration must also be able to account for inherent limitations in the way the model is designed and how parameters are defined. In technical terms, it must account for model and constraint inadequacy.

However, inexperienced modelers may not fully understand the intricacies of calibration. And because of the inherent constraints of both SWAT and MODFLOW, using metrics from just one model may not provide accurate results.

The researchers recommend using a combination model called SWATmf, which integrates the SWAT and the MODFLOW processes.

“This paper presents a case study that provides general guidelines for how to use hydrological models,” Acero Triana says. “We show that to really represent a hydrologic system you need two domain models. You need to represent both the surface and the sub-surface processes that are taking place.”

The differences in results may be small, but over time the effect could be significant, he concludes.

Funding for the research was provided by the USDA National Institute for Food and Agriculture (NIFA).