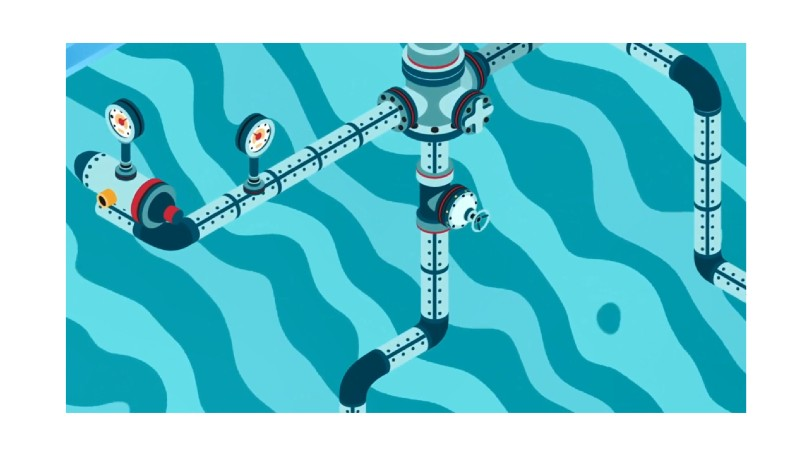 The Ganges Delta, atop which Bangladesh sits, has a naturally occurring aquifer which injects arsenic fluoride and other impurities into the water.

After Bangladesh's independence in 1971, various organizations drilled over 10 million tube wells without testing the water.

Fast forward 29 years, by the year 2000, 30% of the water was found to be contaminated with arsenic, leading the World Health Organization (WHO) to state this as the biggest mass poisoning in history.

To help prevent such colossal disasters in the future and to prevent water wastage, 23-year-old Zahin Razeen and his sister Rizvana Hredita have started Hydroquo+.

Razeen is a student of Pure Maths and Applied Statistics from the University of Glasgow in the UK and Hredita has a background in Finance from Canada’s York University.

Hydroquo+ is Bangladesh’s first hydro-informatics start-up that develops, designs and executes specialist consultancy projects in the field of water quality monitoring and hydrological modelling to mitigate water-related challenges and their potential implications on the infrastructure, lives and livelihoods in real-time.

“We have put together a unique industry-first approach to automate testing, monitoring, and reporting at scale,” says Razeen.

“Our organization is focused on delivering water intelligence to determine water safety and availability with actionable insights in real-time. Through this, we eventually hope to prevent and predict outbreaks to ensure water security for years to come,” he added.

This business model started off as a research and development initiative idea pitch at the 2018 Hague One Young World Summit.

The duo began laying the foundation work the following year.

According to Razeen, if the consumption of water keeps on going the way it is at the moment, we will see a very different scenario in the next 200 years.

“If you take baseline water consumption globally across the whole world and compound it at just a few percent a year for just a few hundred years, you have to cover the entire surface of the Earth with desalination plants,” he explained.

One in every three people does not have access to safe drinking water, according to WHO. And as the annual global consumption of fresh water is around 4.3 trillion cubic meters, a large portion of the global population is still deprived of this basic need.

Fresh, clean and drinkable water accounts for just 0.003% of all water available globally, and the rest is just too saline for human consumption.

“There are actions that we can take that affect those probabilities or that accelerate one thing or slow down another. There is an infinite number of potential futures — of ourselves, of individuals and of humanity. It is possible to shape that future by altering the probability streams perhaps by introducing something new. Freshwater scarcity in that framework is a grand challenge we have to solve before it is too late,” he added.

Hydroquo+ has successfully collaborated with Dhaka Wasa and the Central Microbiology Laboratory on two different projects.

Based on the success, Chittagong Wasa as well as the Chittagong Port Authority and MENA region, have also expressed their interests in doing pilot projects with Hydroquo+.

At present, the start-up is working on transitioning towards the implementation of tracing technology for private water supply, as well as city and regional level utilities.

Hydroquo+ is also incorporating the technology in the commercial filtration process, for example, in the water treatment plants, pharmaceutical, agricultural, and food and beverage processing industries.

Effluent Treatment Plants (ETPs) and water treatment plants can also potentially benefit from the technology, according to Razeen.

The water industry is one of the hardest industries to operate in due to long procurement cycles and lead times.

“90% of water start-up companies do not survive the valley of death,” he says.

In the beginning, he was the company's engineer, facilitator, and commercial viability partner. As first movers, they had to operate at a breakneck speed to comply with one utility demand after another and that too frugally with scarce resources.

He was having to play multiple roles because of the lack of understanding among people about the projects they were working with.

“The authorities appreciated our relentless efforts and have cooperated with prompt responses,” Razeen said.

Currently, the duo is in the process of closing a round for scaling up, and eventually, sometime in the future, they plan to branch out to different industry verticals in the Global South and MENA regions.

This year, they made it to the prestigious Forbes 30 under 30 Asia list.

“Last year was, however, a landmark year as I was selected as one of the 17 United Nations Young Leaders on a two-year mandate by the UN Secretary General’s Office, being the only Bangladeshi in the last four years,” Razeen told Dhaka Tribune.

“Hydroquo+ bagged the American Society of Mechanical Engineers (ASME) and Engineer 4Change (E4C) Rising star Award at New York's Annual Impact Engineered Summit that brought together worlds innovative startups working to solve SDG’s. Forbes was a cascading effect of all the work we had done,” he further said.