If China sets an eco-target, it reaches it 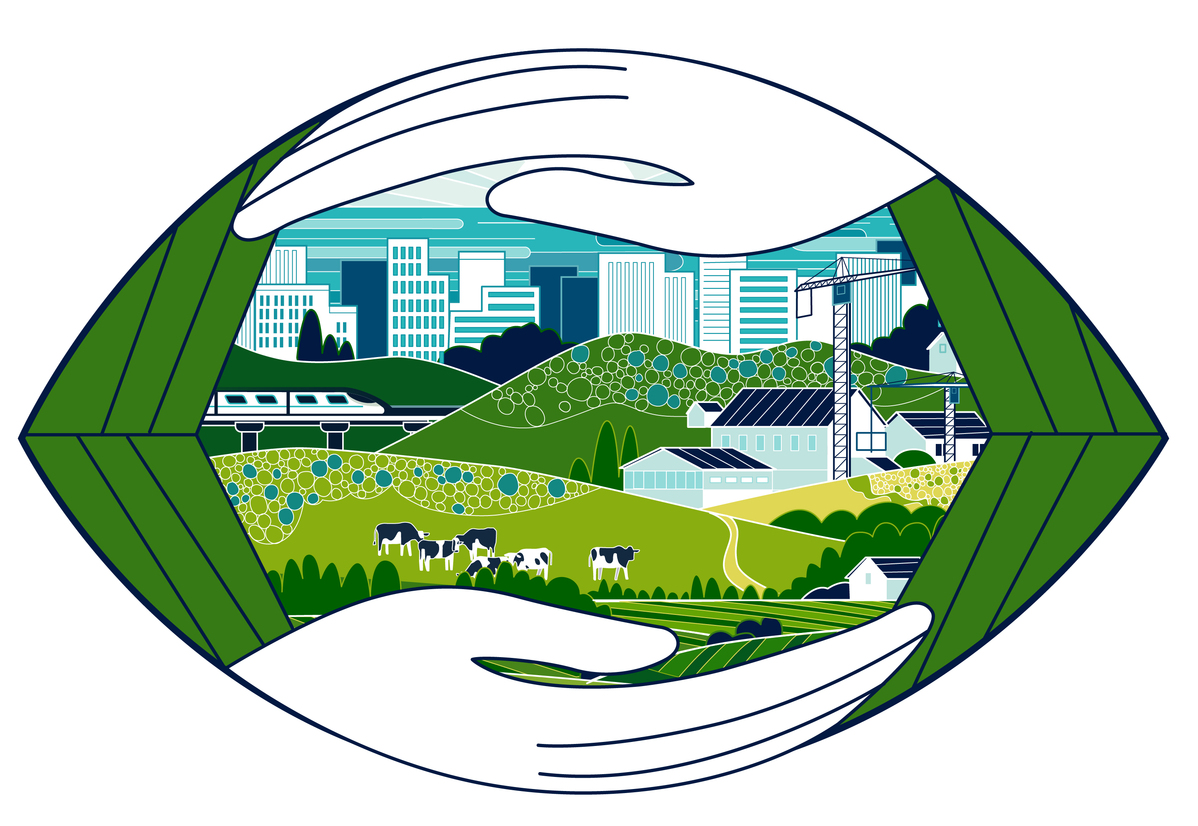 China has made remarkable progress in terms of economic and social development since it launched reform and opening-up. In 1978,China’s per capita GDP was a meagre $156. By 2019, it had reached $10,276, an incredible 66-fold increase in just four decades. No other country has enjoyed such phenomenal economic growth for so long. In fact, in terms of purchasing power parity, China’s economy is now the largest in the world, at $22.5 trillion, with the United States being second at $20.5 trillion, followed by the European Union at $19.9 trillion.

After playing a constructive role at the United Nations Conference on Human Development in Stockholm in June 1972,China convened the first National Conference on Environmental Protection under the State Council in August 1973. The conference put a devised framework for environmental management in terms of overall planning, rational layout, comprehensive utilization, environmental protection, and people’s participation and benefit.

Eco-damage major side effect of growth

In December 1978, the Third Plenum of the 11th Central Committee of the Communist Party of China made the momentous decision to introduce reform and opening-up policies, which unleashed an unprecedented and continuous economic boom. However, as a major side effect of fast-paced growth, environmental deterioration was visible in many places by 1983. So during the second National Conference on Environmental Protection in 1983, then vice-premier Li Peng announced that environmental protection would be made a basic State policy in the long run.

During the 1990s, environmental pollution reached a dangerous level. And it was during this period that China launched its first large-scale pollution control program called”33211″ which covered three rivers (Huaihe, Haihe and Liaohe), three lakes (Dianchi, Taihu and Chaohu), two pollution control parameters (sulphur dioxide and acid rain), one city (Beijing) and one sea (Bohai). However, overall progress was limited.

In the 8th Five-Year Plan (1991-95), China included a comprehensive national environmental protection program, which was integrated with the national economic and social development plans. During this period, China also started shouldering more global environmental responsibilities, and made reducing greenhouse gas emissions a national goal. And in 1998, China upgraded the State Environmental Protection Administration from vice-ministerial to ministerial level, demonstrating the importance it attached to the environment.

Under the 11th Five-Year Plan (2006-10),China made sulphur dioxide and chemical oxygen demand binding indicators for development. And reducing environmental pollution became a main task for all regions and departments, and a common concern for the whole society.

During the 12th Five-Year Plan (2011-15) period, huge funds were made available to reduce environmental degradation and build clean industries, and most of the targets for energy consumption and reduction of carbon and other pollutant emissions were met.

In 2014, during the annual session of the National People’s Congress, Premier Li Keqiang, acknowledging that the actions taken were inadequate to meet the challenges China was facing, “declared war” on pollution and pledged to crack down on polluters and negligent officials “with an iron fist”－and described smog as “nature’s red-light warning against inefficient and blind development”.

Any objective review of the 13th Five-Year Plan (2016-20) will show it has been a game changer for China. The plan has promoted the transition to ecological civilization and green growth through significantly strengthened environmental policies and legislation, which have reinforced earlier efforts to control environmental pollution, and promoted circular economy.

President Xi Jinping has been a strong supporter of “ecological civilization” in which economic growth and environmental well-being are pursued concurrently. In August 2005, when Xi was the Party secretary of Zhejiang province, he visited a small village, Yucun, in the province’s mountainous northwest area. Between 2003 and 2005, three mining companies and a cement factory had been closed down in the area and, as a result, the village’s GDP had reduced from more than 3 million yuan ($447,433) to 200,000 yuan, a near 90 percent decline. Xi had then prophetically said:”Lucid waters and lush mountains can be as precious as mountains of gold and silver”.

Xi visited Yucun village again in April 2020. The local residents are now earning money from the area’s rich natural resources such as bamboo, as well as from eco-tourists, the majority of them from Shanghai, Hangzhou and Nanjing. As for the village’s per capita income, it has increased to about 50,000 yuan, a remarkable turnaround.

Furthermore, nearly all the environmental targets of the 13th Five-Year Plan have been achieved, which many people thought was impossible. Consider the following achievements:

In 2016, China joined the Paris Agreement on climate change. It has reduced its carbon emission per unit of GDP by 45.8 percent from the 2005 level, exceeding the highest target ahead of schedule.

The share of non-fossil fuels in China’s primary energy consumption increased from 12 to 14.3 percent from 2017 to 2018, with power generation from renewable energy sources accounting for 26.7 percent of the total power output in 2018－and the percentage has been increasing steadily since then.

The total emissions of sulphur dioxide and nitrogen oxides are likely to be reduced by more than 15 percent by the end of this year compared with the 2015 levels.

Non-biodegradable single-use plastic bags will not be allowed in big cities such as Beijing and Shanghai by the end of this year, and across all other cities and towns by 2022, while the catering and restaurant sector will reduce the consumption of singleuse plastic bags by 30 percent by 2020, and completely stop using them by 2025.

Mandatory sorting of waste at source

About 35 percent of waste will be recycled by the end of this year in nearly 50 cities. Shanghai has already become the first metropolis in China to make waste sorting at source mandatory; and to ensure businesses and government organizations comply with the rules, it will fine violators up to $14,500. Also, China banned the import of all foreign recyclable trash, including non-industrial plastics, papers and textiles, in 2018.

In Beijing, the average concentration of PM2.5(particulates with a diameter of 2.5 micrometers or less) in 2019 was 42 micrograms/m3 compared with 89.5 micrograms/m3 in 2013, a 53 percent reduction. During the same period, the concentration of sulphur dioxide fell from 28 to 4 micrograms/m3, an 85 percent reduction. Although Beijing still has a long way to go to enjoy clean air and blue skies throughout the year, no other city in the world has shown such dramatic improvement in air quality in seven years.

The density of PM2.5 in prefecture-level cities is likely top drop by more than 18 percent by the end of 2020 compared with the 2015 level, and the number of days of good air quality is expected to reach 80 percent in such cities by the end of this year.

China’s forest stock has increased by 1.3 billion cubic meters since 2015; it will increase by another 3.2 billion cubic meters by 2030. In fact, NASA’s study shows that during the 2000-17 period, China alone was responsible for more than 25 percent of new global green cover.

More important, while addressing the UN General Assembly recently, Xi announced that China’s CO2 emissions will peak before 2030 and it will become carbon neutral by 2060.

Having visited China about 100 times since 1980, we are reasonably confident Xi’s idea of a beautiful China by 2035, in all probability, will be reached before the deadline. Because when China sets a target, it makes sure it reaches it.

This article was published by CHINA DAILY, October 30, 2020.