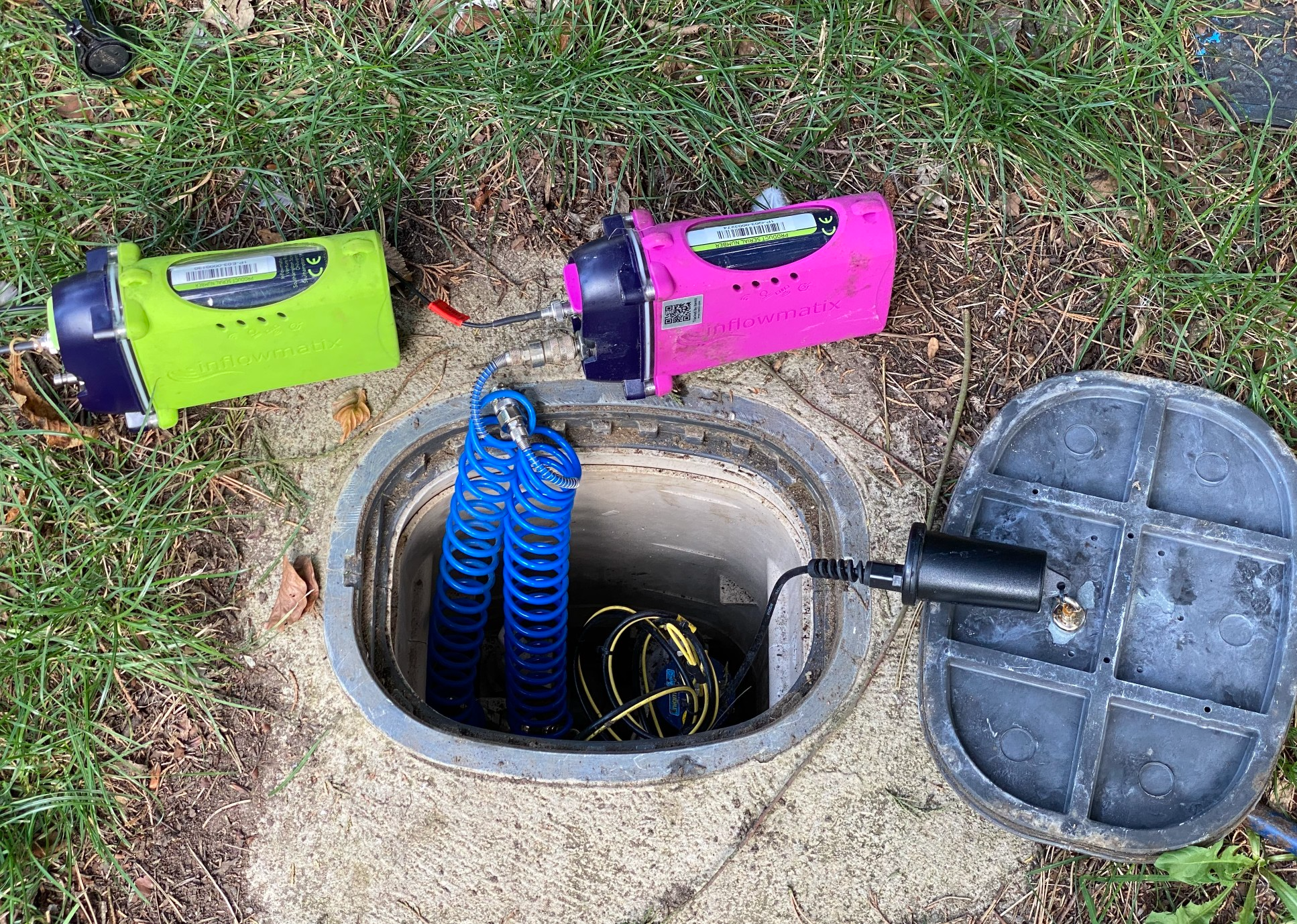 Inflowmatix, which uses digital technologies created at Imperial to improve the resilience of water networks, has been acquired by SUEZ, a worldwide provider of environmental services, which will use the company’s technologies and analytical methods to boost its position as a leading provider of digital solutions to the water industry worldwide.

Water utilities are facing increasing demand for the secure supply of potable water because of climate change, population growth and urbanisation. In addition, the UK, like many countries, has an ageing water infrastructure that is being used well beyond its planned lifespan. New technologies and approaches could help water companies to respond to this pressure.

Many countries have ageing water infrastructures that are being used well beyond their planned lifespans.
Inflowmatix, which was founded in 2015 by Dr Ivan Stoianov in Imperial’s Department of Civil and Environmental Engineering and his then PhD student Dr Asher Hoskins, uses novel sensing and control technologies combined with mathematical optimisation methods to improve the functioning and resilience of water supply networks.

The technology could help bring the water industry closer to the ideal of a ‘digital twin’, a virtual representation of a physical system that can be used to predict its real-life behaviour.
The long-life devices provide data with a very high spatial and temporal resolution that is then used to predict the effect that operational decisions in areas such as pump scheduling have on pressure fluctuations and consequently the deterioration and failures of pipes. For example, dynamic pump scheduling designed to improve energy efficiency by adapting water pressure to demand could increase failure rates in pipes.

The company’s most significant innovation is its use of modelling and mathematical optimisation techniques that allow decision-makers to find an optimal trade-off between competing objectives, for example between dynamically adapting water pressure and maximising the lifespan of the infrastructure.

The analytical methods Inflowmatix uses draw on Dr Stoianov and his research group’s academic expertise in hydraulic modelling and mathematical optimisation, and Dr Stoianov’s understanding of the water industry, which he has collaborated closely with for over two decades.

Dr Peter Collins, prior Chairman of Inflowmatix, says: “When industrial companies start monitoring facilities, whether they are water distribution networks or oil refineries, they suddenly find themselves drinking from a firehose of numbers, a tsunami of data, which is very difficult to interpret. Academics like Ivan have an opportunity to address this challenge, using applied mathematical expertise to make the journey from measurement to data to information to insights.”

Digital twinning for the water industry 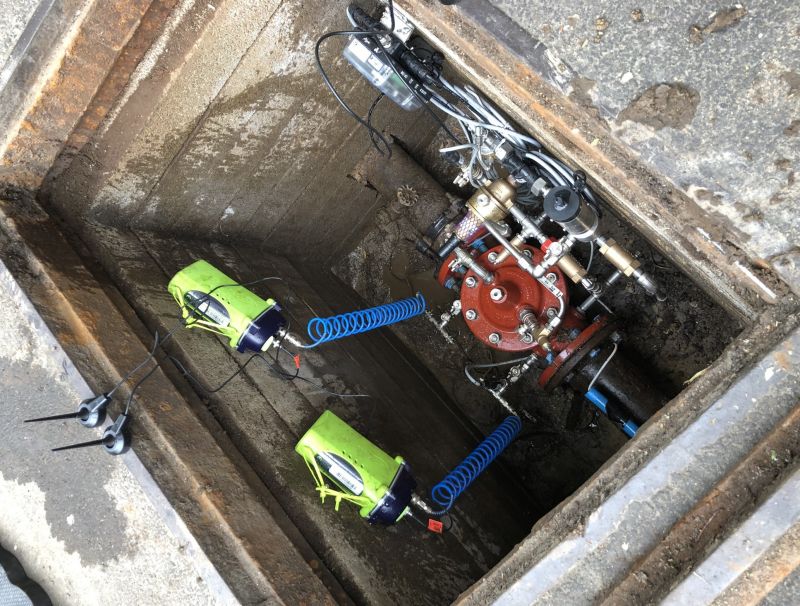 When companies start monitoring water networks, they find themselves drinking from a firehose of numbers, a tsunami of data – which is very difficult to interpret.
Dr Peter Collins
The team hopes that its technology will help bring the modelling used by the water industry closer to the ideal of a ‘digital twin’, a virtual representation of a physical system such as a water network that can be used to comprehensively monitor and predict its real-life behaviour, and adaptively change control to accommodate multiple competing operational objectives.

Dr Stoianov says that Inflowmatix’s technology is a strong complement to others in SUEZ's portfolio. “SUEZ is a very advanced company that is bringing together sophisticated sensing and monitoring technology and optimisation methods. They have acquired several companies over the last five years that have complementary expertise in intelligent automation, optimisation and cloud computing for different applications such as pump scheduling, design decision and, in the case of Inflowmatix, near real time operations. Certainly, they have a huge ambition of taking on and delivering the digital twin challenge for the water utilities.”

A pipeline to commercial success 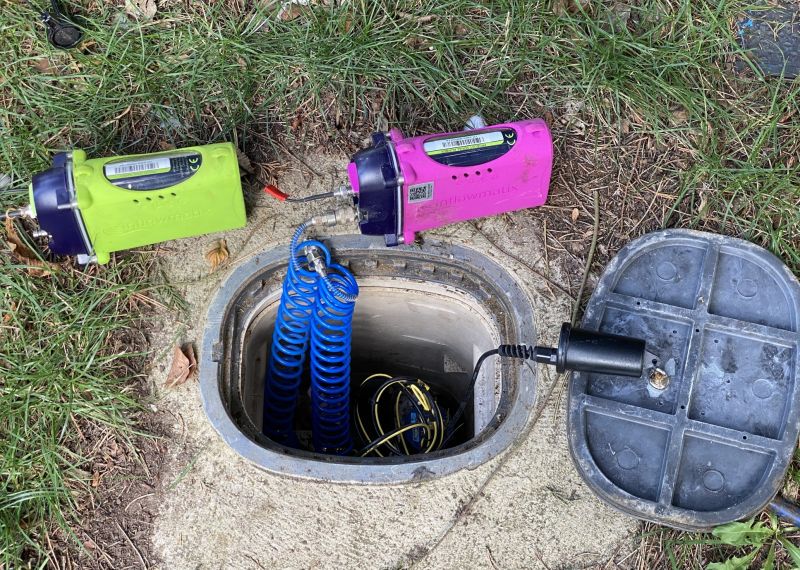 When Dr Stoianov and Dr Hoskins launched Inflowmatix, their contacts in the water industry were already asking for access to the technology, but the team lacked a vehicle for making it commercially available. One option was to license the technology to a water company, but Dr Stoianov decided to establish a startup to retain ownership of the technology’s development.

Dr Collins believes this was the most appropriate route. He says: “It took Ivan and colleagues years of hard graft to turn the concepts that he envisioned into something useful in an industrial environment. That level of effort means you need a team of people who are very committed and really own the challenges to be overcome. That is ownership both in the sense of people caring about it, and in the sense of owning shares and patents.”

“Sometimes CEOs think the job is done when they’ve raised the money,” he continues. “It really isn’t. The important thing is to win customers and begin generating revenue. That’s what founders need to live and breathe to beat the odds of failure. With revenues, you've got a business – until then it's a project.”

It took Ivan and colleagues years of hard graft to turn concepts into something useful in industry. That effort means you need a team who really own the challenges to be overcome.
Dr Peter Collins
By the time SUEZ took a minority stake in the company in 2019, a first step toward the recent acquisition, Inflowmatix had built up a customer base and several years’ worth of data and insights. Dr Collins says that this made the company mature enough for acquisition. He also attributes the team’s successful exit to Dr Stoianov’s existing relationship with SUEZ as a research partner, and his focus on addressing commercial needs such as cost reduction.

“The technologies in my experience that are the least difficult to get commercial traction with are the ones where you can reduce cost even before you can enable people to do things they weren’t doing before. Ivan understood what kinds of costs might be reduced because he had worked for so long with SUEZ,” he says.

Inflowmatix benefitted in its early days from having a home at the Imperial Incubator, then located in Imperial's South Kensington campus. Dr Stoianov points to an entrepreneurial environment at Imperial that makes it possible for researchers to draw on commercial expertise like that of Dr Collins. “We have to recognise that the College has a unique network of external advisors, like Peter, who have a huge level of expertise in technology transfer. Engaging that level of external expertise is very difficult to do on your own.”

Enterprise ecosystem
Imperial uses research partnerships such as the ongoing partnership with SUEZ, startup companies like Inflowmatix, and other forms of entrepreneurship and industry collaboration to translate academic expertise into world-changing innovations. In 2019, the College launched Transition to Zero Pollution, a major College-wide initiative to find solutions to climate change by introducing greater systems thinking. Companies that would like to partner with Imperial to address sustainability and other industry and societal challenges should contact the Enterprise team.