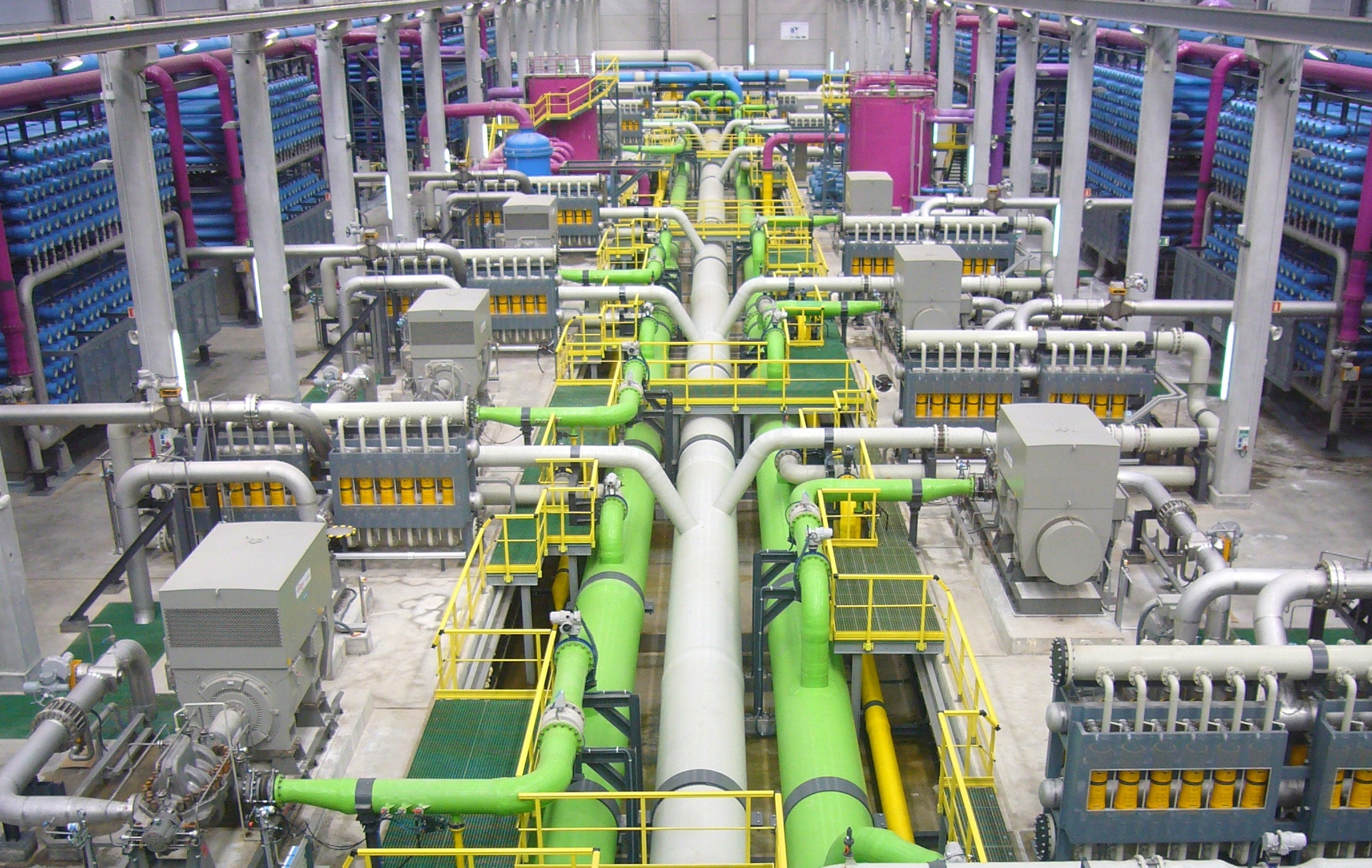 In early 2018, Cape Town, South Africa came dangerously close to being the world’s first major city to run out of water. People lined up for blocks to collect spring water. Stores sold out of receptacles like buckets and bowls. Bottled water was rationed in tourist-heavy parts of the city. April 12 was designated “Day Zero”—the day the water was expected to dry up. City officials prepared for riots, keeping army and police ready to be deployed to water collection sources.

Rainfall in the region had been low for three years straight, prompting a drought. Thanks to a massive effort by city officials to enforce water conservation—including tariffs, heavy restrictions, and a new water pressure system, plus redirecting agricultural water to the city—Day Zero never came, and rainfall returned to normal shortly thereafter. The city breathed a collective sigh of relief; crisis averted.

But the scare was a wake-up call, not only to Cape Town but to water-pressed cities around the world. Mexico City, Sao Paulo, Cairo, and many others are facing water shortages. As the world’s population grows and climate change pushes temperatures up, water is set to become even scarcer.

If only there was a cheap, easy way to take the salt out of the billions of gallons of seawater sitting within a few hundred miles of all these cities. As it stands, desalination is expensive and energy-intensive. Getting the technology to a point where desalinated sea water is a viable option for water-starved cities is going to take years, if not decades—but teams of scientists around the world are making incremental progress, slowly moving us towards a water-abundant world.

Desal Tech as it Stands

According to the International Desalination Association, there are 20,516 desalination plants across 150 different countries, providing water to 300 million people.

The biggest existing facilities are Saudi Arabia’s Ras Al Khair, which uses both thermal distillation and reverse osmosis, and Israel’s Sorek, hailed as the largest and cheapest reverse osmosis plant in the world when it opened in 2015. The Middle East is by far the dominant region in the world when it comes to desal (unsurprising given its hot climate and oceanside locale); the West’s largest plant is located near San Diego and produces 50 million gallons of fresh water per day.

The biggest problem keeping desalination from becoming an even more widespread source of water is its costs, both environmental and financial. Thermal distillation and reverse osmosis require huge amounts of energy (the former more than the latter), and are still expensive relative to other sources of fresh water.

At just one atom thick, graphene—a material made of carbon atoms arranged in a hexagonal lattice—has been widely hyped its strength and conductivity, but thus far it’s proved difficult to scale its manufacture. Graphene holds promise for water filtration, but the technology is far from ready for use in large-scale desalination.

It’s slowly getting closer, though. Last week an international research team from the US, China, and Japan published a paper in Science detailing their work to reinforce graphene membranes for filtration purposes.

Graphene could be useful in filters because it acts as a molecular sieve, with holes large enough for water but not salt molecules to pass through, and is more permeable than the polymer-based membranes currently in use, which means separated water flows through faster. A faster flow means less energy, which means lower cost. However, graphene-based membranes are fragile and prone to damage, especially as their surface area increases; effective membranes thus far have been limited to micrometer-scale dimensions.

The research team created a graphene-nanomesh/single-walled carbon nanotube hybrid membrane. The nanotubes act as a microscopic framework to support the graphene and increase its structural integrity. The result was a centimeter-sized mesh with a honeycomb appearance, and when tested as a membrane in a filtration system it rejected 85-97 percent of the salt from saltwater.

A team from Columbia University’s engineering department published a study in Environmental Science & Technology Letters in April detailing what they call a “radically different desalination technology” not dependent on filters or distillation.

Called temperature swing solvent extraction (TSSE), the method works as follows: a solvent whose water solubility varies with temperature is added to saltwater, and at room temperature the solvent draws in water molecules (but not salt). The solvent (and its newly-absorbed water) is then drawn off and heated. The heat causes the solvent to separate from the water, which can then be collected, salt-free.

“We think TSSE will be transformational for the water industry. It can displace the prevailing practice of costly distillation for desalination of high-salinity brines and tackle higher salinities that RO cannot handle,” said Ngai Yin Yip, who led the study. “This will radically improve the sustainability in the treatment of produced water, inland desalination concentrate, landfill leachate, and other hypersaline streams of emerging importance. We can eliminate the pollution problems from these brines and create cleaner, more useable water for our planet.”

In the study, the method was shown to remove up to 98.4 percent of salt, not only for seawater but for saltier solutions called hypersaline brines; the authors claim TSSE can handle approximately twice the seawater salt concentrations as reverse osmosis. And since it requires far less heat than thermal distillation, TSSE could be cheaper to scale, perhaps using industrial waste heat or low-concentration solar collectors.

Speaking of the Sun…

It turns out sunlight isn’t only good for solar energy—it can help with desalination too. In fact, the US Department of Energy gave out $21 million in grants for solar-thermal desalination research last year. Solar-thermal power holds promise for smaller-scale desalination, including portable and off-grid systems.

A study published this week in Proceedings of the National Academy of Sciences found that using nanoparticles to focus sunlight onto a photothermally active membrane increased the flow of distilled water by more than 50 percent. Concentrating light on a small spot on the membrane results in a linear increase in heat, but the heating produces a nonlinear increase in vapor pressure, which forces more purified steam through the membrane in less time.

“The typical way to boost performance in solar-driven systems is to add solar concentrators and bring in more light,” said Pratiksha Dongare, co-lead author of the paper. “The big difference here is that we’re using the same amount of light. We’ve shown it’s possible to inexpensively redistribute that power and dramatically increase the rate of purified water production.”

A Solution With Its Own Problems

Despite its promise (and eventually, its necessity), desalination likely won’t be a silver bullet for the world’s water problems. Even once the technology becomes more energy-efficient and affordable, there will still be environmental impacts to consider; the waste product from desalination, a concentrated mix of salts and chemicals, is mostly dumped back into the ocean, where it can harm marine life and increase the toxicity of coastal waters.

Opponents have also pointed out that desalination’s energy demands produce high carbon emissions; so we’re getting more clean water at a price of less clean air.

Despite these drawbacks, progress in desalination will continue to inch forward. By the time the world really needs it, hopefully those inches will add up to miles (er, gallons).

This article first appeared on SingularityHub and is reposted with permission.
Find the original article HERE.