INCREASING THE SUSTAINABILITY OF INDUSTRIAL PROCESSES 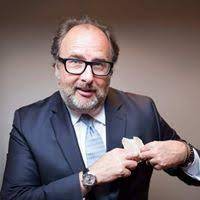 As the climate warms and the world population grows, water de- acteristics of IVG is that it is completely 3D printed, enabling mand has surged, but supplies of freshwater are static or dropping. a cost-eﬀective production process. Key market drivers for the Water conservation has become essential in all regions of the world, VPT solutions are water, energy and chemical savings, expected even where water seems abundant. !at’s because the world’s water to become mandatory over time.

resources are ﬁnite, and are getting smaller every year, an assessment of what is emerging as the dominant issue in decades ahead. Applications

Keeping this assessment in mind, H2oVortex’s Swedish scientists !e IVG technology is used in various water-intensive indushave been working since 2009 on a dedicated technology, Vortex trial applications to dramatically decrease water and energy use. Process Technology (VPT) enabling the reduction of water-energy !ere is already a large range of existing VPT applications in consumption within industrial applications, which currently rep- areas such as cooling tower operation, ice making, irrigation, resent in some areas of the world up to 59% of all of the annual wastewater management, aquaculture, river aeration just to water usage (United Nations World Water Development Report). name a few, as well as others still in very promising R&D stages,

Increasing water eﬃciency within industrial applications will such as but not limited to water puriﬁcation, etc.

signiﬁcantly contribute to reducing water-related problems in One of H2oVortex’s most promising applications is the IVGareas of the world where water has CT, speciﬁcally aimed at industrial become a signiﬁcant concern. Regu- cooling towers (> 7MW or 2000 latory pressure fostered by consum- The market will demand more tons of cooling) which substantially er awareness will slowly impose and eﬀective solutions to reduce increases cooling tower sustainabilenforce more stringent environmen- ity, while decreasing its CO% foottal regulation, while promoting a re- the usage of water, energy print, reducing water consumption duction in chemical dependency in and chemicals within by 50%, reducing energy consumpmany areas. In addition, companies tion by 10% and eliminating 100% industrial applications are starting to feel increased pressure of all chemical usage.