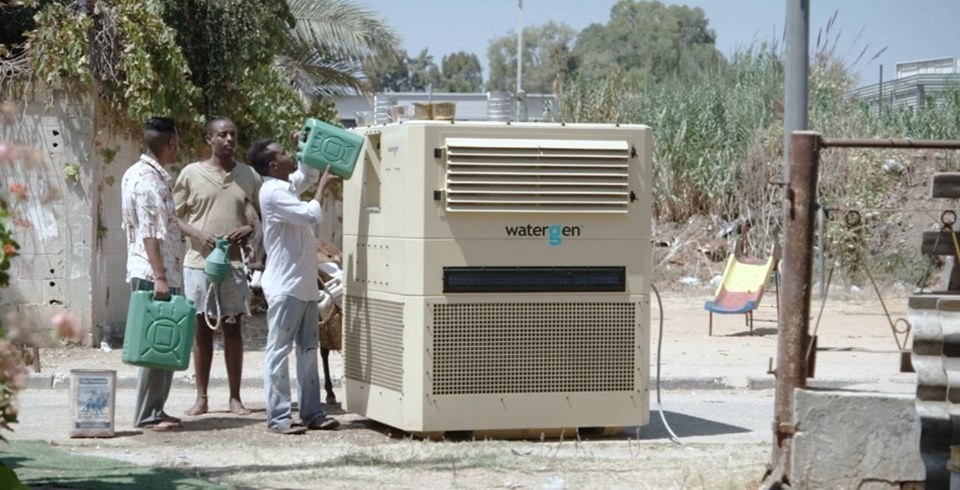 An Israeli invention that pulls water from the air will be deployed in Nigeria following a meeting at United Nations headquarters in New York regarding the freshwater crisis in the Chad Basin of Africa. Lake Chad is the main source of drinking water for millions of people in Chad, Cameroon, Niger, and Nigeria.

The Watergen atmospheric water generator extracts water from the air and purifies it. The portable unit needs only a source of power (solar, diesel or electric) and at least 30 percent humidity in the ambient air – not a problem in the hot, humid Chad Basin.

“Our company is ready, willing and able to assist to save lives wherever our technology can help,” said Watergen USA President Yehuda Kaploun, noting that “30 million people are currently drinking toxic water in the Chad Basin, and the problem is getting worse.”

Watergen units already have been installed by charitable organizations in South Africa and Sierra Leone, among other countries including Mexico, Chile, and Panama.

“We are going to be moving into more and more African countries as a solution to the worsening water crisis, ”Kaploun tells ISRAEL21c. Watergen USA is the American subsidiary of the parent company based in the Israeli city of Rishon LeZion.

“I’m a great fan of this technology and I think it has the potential to be deployed on a massive scale,” says Miroslav Polzer, head of the International Association for the Advancement of Innovative Approaches to Global Challenges (GloCha), an accredited organization to the UN Economic and Social Council that brings global financial resources and technology to solve problems in developing countries.

“Our first contact with Watergen was at a conference of the African Union Permanent Mission to the UN in New York last year on sustainable development in the Chad Basin region,” Polzer tells ISRAEL21c.

Polzer has visited Watergen’s US factory and hopes to set up a Watergen factory in Nigeria “to provide development support and provide jobs for many unemployed students in the region.”

Charitable organizations will purchase one unit to test in the next few months, said Polzer. “We will do research with universities there on its economic feasibility, maintenance needs, and income-generating possibilities.”