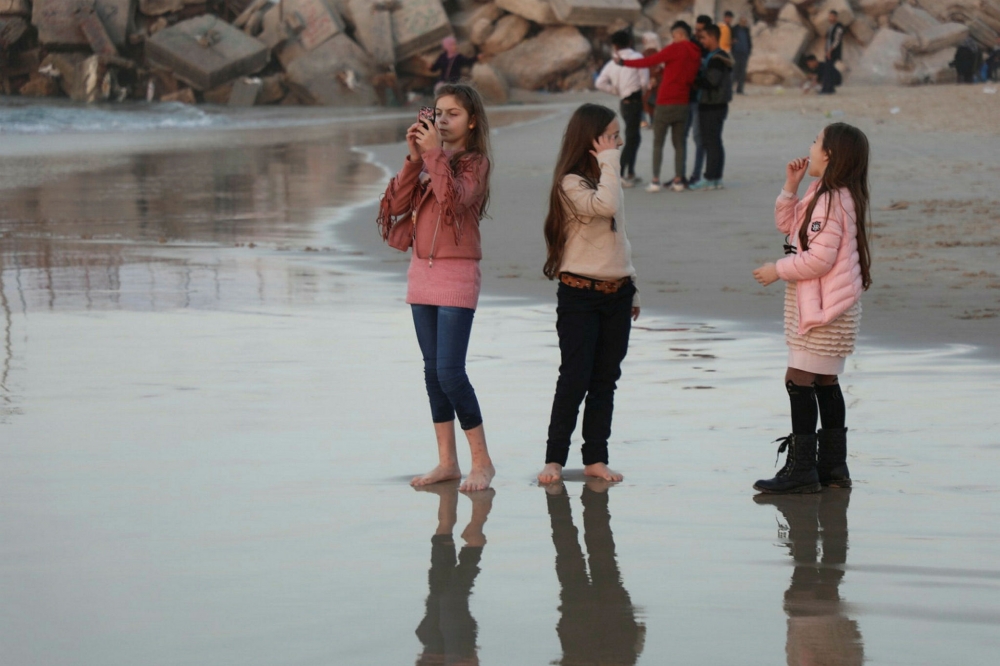 Israeli technology that produces clean drinking water out of air was introduced on Wednesday in the Gaza Strip, the first stage in a plan to help the locals fight the water crisis they are contending with, according to TPS news agency.

The Gazan neighborhood of Abasan al-Kabira was the first to receive Watergen’s GEN-M, an atmospheric water generator (AWG) that weighs 780 kilograms and can produce as much as 800 liters of water a day.

Gaza’s main source of water is its coastal aquifer, which has been rapidly depleting over the last several decades due to over-extraction. The reduced water levels have resulted in saline water seeping in, further polluting the water in the aquifer.

Over 90% of water is unfit for consumption, and as a result, Gazans have been forced to turn to expensive options of purchasing desalinated water from local desalination plants.

The GEN-M will provide freshwater to the municipal building and will be connected to solar panels providing the AWG with a source of power.

The GEN-M unit provides Gazans with an inexpensive method to acquire freshwater by using the natural resource of air. Watergen’s patented, heat-exchange GENius technology creates water by cooling collected air at its dew point. The water goes through physical, chemical and biological treatment followed by a mineralization process to maintain its cleanliness, tastiness and healthy quality. Each GEN-M unit contains an internal water treatment system and needs no infrastructure except a source of electricity.

The pilot is a result of cooperative efforts between Watergen, Israel’s Arava Institute for Environmental Studies, the Damour NGO for Community Development and the Abasan al-Kabira municipality. The Kennedy Leigh Foundation is funding the pilot as part of the Arava Institute’s Track II Environmental Forum.

The IDF’s Coordination and Liaison Administration (CLA) to the Gaza Strip had overseen the transportation of the GEN-M into Gaza through the Kerem Shalom Crossing.

CLA head IDF Major General Iyyad Sarchan approved the shipment of the GEN-M as part of a policy that seeks to prevent any further deterioration to the humanitarian crisis in the Gaza Strip.

Watergen’s management stated that “responding in accordance with our belief that every human being, regardless of race, gender or religion has a fundamental right to clean-drinking water, we are helping some of Israel’s next-door neighbors gain access to freshwater, a resource that is lacking in Gaza.”

“We hope that our provision of an AWG will help solve the water crisis and serve as a step forward towards mutual collaboration in the Middle East,” the company added.