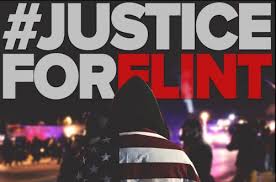 The Michigan Attorney General’s office announced this week that they will dismiss all pending criminal cases connected to the Flint Water Crisis that were brought by the former Office of Special Counsel. Since 2014, the residents of Flint, Michigan, have been fighting for clean water and justice.

For over three years, a health crisis has plagued their town due to a decision by former Republican Gov. Rick Snyder, who, in the hopes of saving government money after giving large tax breaks to the rich, switched the water supply of the predominantly working class area to a river that lacked proper corrosion control treatment. The aftermath of this crisis has led to revelations of government corruption, mismanagement, and accusations of environmental racism. It now appears that the day of reckoning for many of those involved in this catastrophe has been delayed further, as the investigation now begins anew.

A press release stated that the prosecutors had serious concerns regarding the investigative approach taken by the former Office of Special Counsel that oversaw the investigation. The OSC was appointed by former Attorney General Bill Schuette.

According to the release, the former OSC entered into agreements that granted private law firms that were representing the accused a role in deciding what information would be turned over to law enforcement. “We cannot provide the citizens of Flint the investigation they rightly deserve by continuing to build on a flawed foundation,” stated Wayne County Prosecutor Kym L. Worthy and Solicitor General Fadwa Hammoud, who are now heading up the criminal cases.

Regarding the dismissal of charges, current Attorney General Dana Nessel released a statement saying she was confident in Hammoud and Worthy, whom she appointed to the case. Nessel concluded that she trusted they will perform “a comprehensive and complete investigation” and sais she is in absolute support of their decision. The attorney general said she wanted to remind Flint residents that although justice seemed delayed, this did not necessarily mean it was denied, and that work was being done to “ensure those who harmed you are held accountable.”

She assured the public that dismissal of current charges does not preclude new charges being filed again. “The voluntary dismissal is not a determination of any defendant’s criminal responsibility,” the release from Hammoud and Worthy asserted. Charges were dropped against eight defendants this week, including Michigan’s former health director, Nick Lyon. Lyon was charged with involuntary manslaughter and is accused of failing to alert the public about an outbreak of Legionnaires’ disease that occurred from 2014 to 2015 when Flint was drawing water from the Flint River.

The Genesee County Health Department reported 90 cases and 12 deaths from the disease, which is especially dangerous for people with weakened immune systems.

SOURCE TO COMPLETE ARTICLE ABOUT JUSTICE FOR FLINT DELAYS