Kimberly-Clark Addresses Water Risk in Communities Around the World 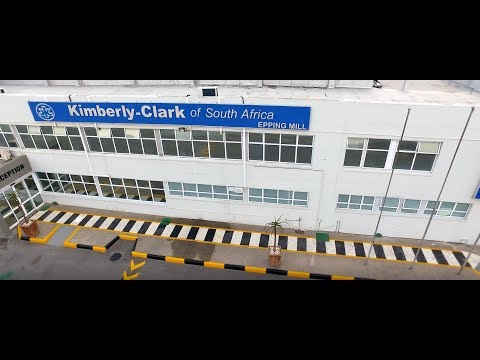 The maker of trusted brands including Huggies, Cottonelle and Kotex has partnered with Deltares, an independent institute for applied research in the field of water, to develop WaterLOUPE, a dashboard which visualizes water scarcity risks for an entire watershed as well as specific sectors and sub-groups, such as industrial users, farmers and households.  Kimberly-Clark is using the dashboard to raise stakeholder awareness of local water risks and to encourage collaboration between government, business, communities and NGOs to preserve freshwater resources.

"When we started our water conservation program, the goal was to reduce water usage in our mills to a sustainable level," said Vetri Dhagumudi, Global Water Program Leader, Kimberly-Clark. "But we quickly realized that we couldn't just focus on our own facilities. It is critical that we consider the whole watershed and work with local stakeholders to understand water risk. That way, no one gets left behind."

Kimberly-Clark began using WaterLOUPE in 2017 to identify local water risks in the river basin surrounding its tissue mills in Colombia. Last month, the company introduced the tool in the Western Cape province of South Africa to more than 30 community and government leaders gathered at Kimberly-Clark's Epping mill near Cape Town. The discussion focused on ways to address severe regional water shortages, which nearly led the city to turn off water taps and require residents to begin queuing for water a year ago.

"The first phase of the program, the stakeholder workshop, provides incredibly specific data that localizes and informs the online tool. It's empowering for community leaders because for the first time they have visibility into water scarcity risks of the entire watershed over a 30-year period," said Dimmie Hendriks, Project Leader and Senior Expert on Drought at Deltares.

A risk assessment will be developed for the Western Cape Water Supply System area, using data from the workshop. Kimberly-Clark today released a mini-documentary on the Cape Town water scarcity workshop.

"Everyone in the city of Cape Town and in the areas around the Western Cape are pretty much all dependent on the Western Cape water supply system," Christine Colvin, Freshwater Senior Manager, WWF South Africa, commented during the WaterLOUPE water scarcity workshop. "We realized that we couldn't rely on new sources of water coming within that short time horizon. We had to save our way out of a drought. Bringing different stakeholders to the table helps us to unpack different perspectives of water risk that are present in that system and look for solutions."

Kimberly-Clark plans to implement WaterLOUPE in 12 water-stressed regions around the world where it operates. The tool is currently being applied in Colombia, Brazil, Argentina, Peru, and South Africa.

A demo of WaterLOUPE functionality can be accessed at https://waterloupe.deltares.nl/en/sao-paulo/