Large Dams and Their Changing Roles 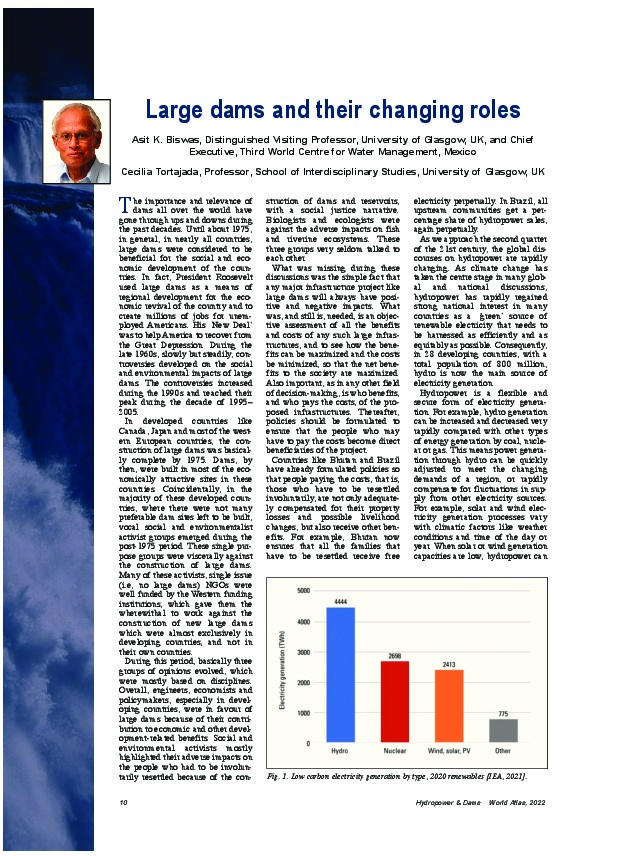 The importance and relevance of dams all over the world have gone through ups and downs during the past decades. Until about 1975, in general, in nearly all countries, large dams were considered to be beneficial for the social and economic development of the countries. During the late 1960s, slowly but steadily, controversies developed on the social and environmental impacts of large dams. The controversies increased during the 1990s and reached their peak during the decade of 1995–2005.

What was missing during the discussion was the simple fact that any major infrastructure project like large dams will always have positive and negative impacts. What was, and still is, needed, is an objective assessment of all the benefits and costs of any such large infrastructures, and to see how the benefits can be maximized and the costs be minimized, so that the net benefits to the society are maximized.