local intervention of the drought repercussions in Somaliland 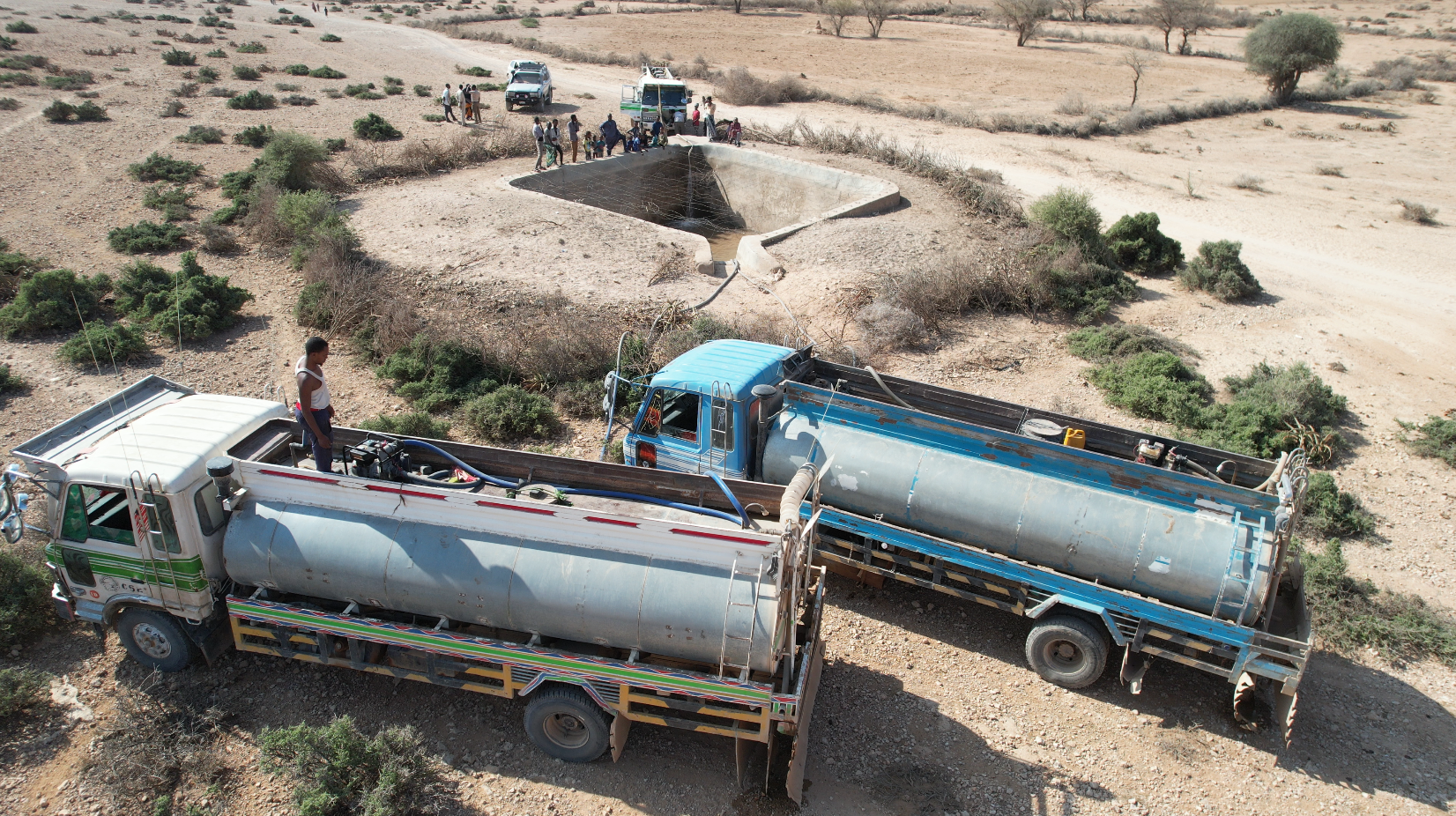 According to the Food Security and Nutrition Analysis Unit (FSNAU) and partners in Somalia’s Acute Malnutrition Situation July – September 2022 and Projection for October – December 2022, more than 54% of under five children in will surpass in emergency IPC phase 4  “approximately 1.8 million children under the age of five years (total acute malnutrition burden), representing 54.5 percent of the total population of children, face acute malnutrition through the mid-2023, including 513 550 who are likely to be severely malnourished” adding that “Levels of mortality (both the Crude Death Rate (CDR) and the Under-Five Death Rate (U5DR) have surpassed Emergency (IPC Phase 4) thresholds in several areas”

“Before the Winter we are trucking water and food to the vulnerable pastoralists,  distributing  more than 60,000 trucks of water, plus feeding emergency food to prevent human death caused by hunger and thirsty”.  He added.

On the other hand   pasoralists in the Horn of African region are worrying the sustainability of their future lifestyle, and they are moving place to place  “The winter (dry season)  is coming, while at least half  of our animals dead due to the drought. These animals are our live line, how we can survive without them” said Farah A/Rahman Ahmed father of six from Odweyne District of Dadmadheh region in the Somaliland’s mid regions, trucked his animals to Tog-Wajale (412Km) of Gabiley region in the west border with Ethiopia “our life depends on animals, without them it is unlikely to surviv” He said After the drought killed 80 out of 150  his sheep and goats.

Due to the drought the number of internally displaced persons increased, while some of the nomadics are in schock in the areas where they lost their last animals. “We don’t have excite figures of drought displaced persons, but I can confirm you that thousands of pastoralists moved to the ubran centers searching life, while some others don’t know where to go and what to do”” Said Faysal of  (NADFOR)

However, most of the aid organizations are focusing in different categorizes to help these drought displaced persons.  But there are gaps left.

MSG Foundation MSG foundations is engaging to fill the gaps in its capacity  “We are a recently founded foundation, and our goal is to fill the gaps left by other entities involving the humaniatarian work, including the government of Somaliland, UN and international aid organization” Said, Hamdi Ibrahim the chairman of MSG foundation,  part of   MSG group of companies. subsidiaries specializing in the following fields: Telecommunications & Fibre Optic Cabling Systems, Petroleum & Gas Exploration, Energy Distribution, Shipping & Transit Services, Logistics Management and Construction.

“We focus the vulnerable of the vulnerable,  like this Nomadic family of three living in the outskirts of  Waddo-Baris area, who is one of 12 families,  we built permanent houses in Hargeisa and other villages , where  we relocated them to relieve their helpless situations” He added