Manganese to be Partially Blamed for Lead Production 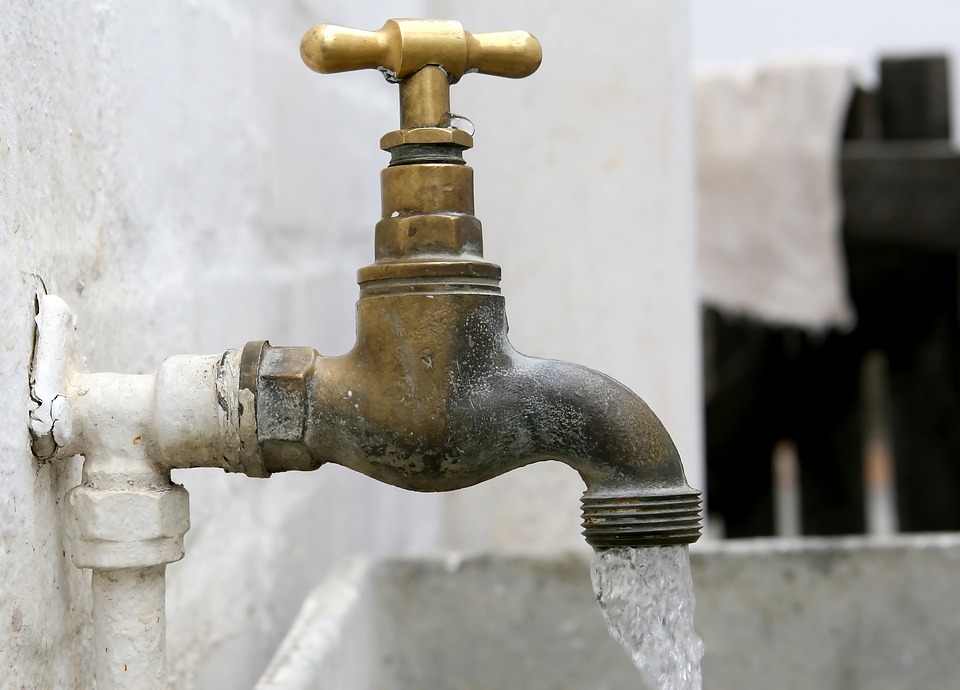 Research at Washington University in St. Louis has shown that in conjunction with certain other chemicals, naturally occurring manganese can lead to big changes in the water in lead pipes. Depending on what disinfectants are used in the water, those changes can have significant — even dangerous — consequences.

By Brandie Jefferson, The Source - WUST

The results were recently published in Environmental Science and Technology.

The research focuses on a unique form of lead, PbO2 or lead dioxide (lead in the plus-4 oxidation state). Lead dioxide has a very low water solubility — it does not easily dissolve in water alone. It is also uncommon in nature, unlike the more familiar PbCO3, the lead carbonate that makes up the scales that tend to form on pipes.

“You don’t find PbO2 in the environment because there is no strong oxidizing agent,” said Daniel Giammar , the Walter E. Browne Professor of Environmental Engineering at the McKelvey School of Engineering. “But good disinfectants are often good oxidizing agents.”

Chlorine is a great disinfectant, so much so that it’s used commonly in drinking water in America and across the world. It is also good oxidizing agent and promotes the transformation of lead carbonate to lead dioxide.

It turns out, however, that the process isn’t particularly speedy, a fact that jibes with some real-world systems, but, seemingly, not with others.

“If you look at a system that has lead pipes and free chlorine, then you do the calculations, you’d expect that every single one would have lead dioxide on the pipes,” Giammar said. “But we don’t see that. It makes us think: Something else is influencing whether or not a particular system ends up with lead dioxide on its inner surface.

“That’s where manganese comes in.”

In the presence of oxidants, manganese can easily change oxidation states; if the manganese comes into contact with chlorine, it’s oxidized, turning into manganese oxide. Both in computer models and in experiments that mimicked water pipes — complete with artificial tap water —Giammar’s lab found the manganese oxide acted as a catalyst, increasing the rate of conversion from lead carbonate to lead dioxide by two orders of magnitude.

“The chlorine is still the reactant that’s driving the lead conversion, but the manganese oxide acts as a catalyst to make it faster,” Giammar said.

This research may well help inform the way other chemical interactions affect rates of lead transformation. “What other things that aren’t lead may be affecting these rates?” Giammar asked. “Do iron oxides do it? Aluminum is something we’ll study, too.”

Further research into understanding what reactions influence lead transformation rates and otherwise affect the availability of lead in water will lead to more than breakthroughs in the lab. They will have real implications on health.

The District’s Water and Sewer Authority changed from a chlorine disinfectant to a less strong one called chloramine because the chlorine was creating some unpleasant byproducts. But there was an unforeseen consequence.

“When the water authority switched the disinfectant, the lead dioxide in the pipe scale was no longer stable,” he said. “It dissolved rapidly and generated high concentrations of lead in the tap water.”

The events in D.C. made other systems using free chlorine start asking questions about whether or not they should be concerned about lead dioxide if they were to change to chloramine. Interestingly many systems observe lead dioxide in the scales on lead service lines, but other systems do not. Varying concentrations of manganese among public water systems could potentially explain these differences.

“How you’re going to treat your water depends on the source and its composition, also your infrastructure,” Giammar said. “There’s no one size fits all.”

Read the full story about this amazing discovery on Washington University in St. Louis