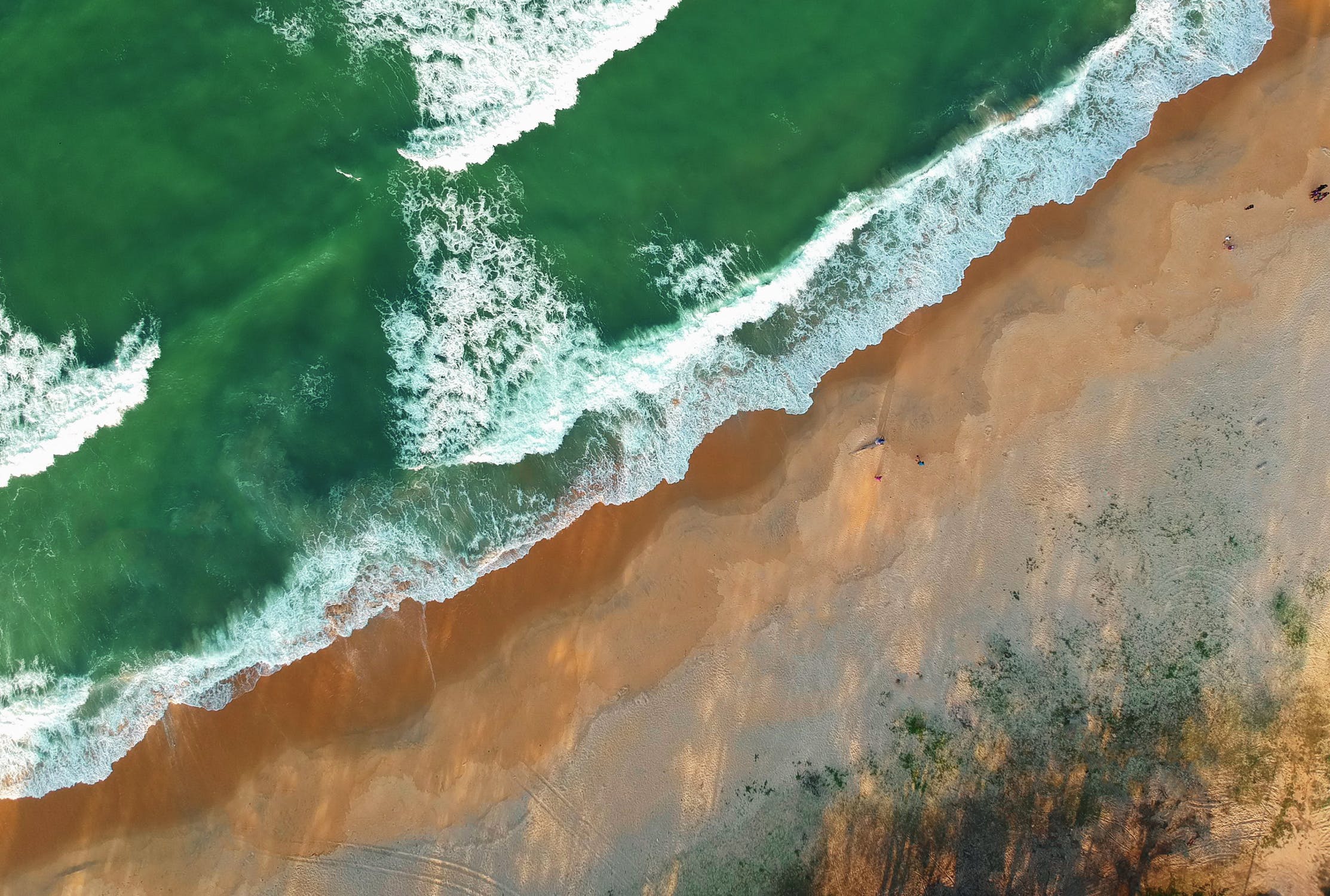 New study shows high-res views of where groundwater flows to the oceans.

Researchers at The Ohio State University have created high-resolution maps of points around the globe where groundwater meets the oceans—the first such analysis of its kind, giving important data points to communities and conservationists to help protect both drinking water and the seas.

In a study published June 3 in the journal Geophysical Research Letters , the team showed that nearly half of fresh submarine groundwater discharge flows into the ocean near the tropics. They also found that regions near active fault lines—the area around the San Andreas Fault in California, for example—send greater volumes of groundwater into the ocean than regions that are tectonically stable. And, they found that dry, arid regions have very little groundwater discharge, opening the limited groundwater supplies in those parts of the world to saltwater intrusion.

The Ohio State team worked with researchers at NASA’s Jet Propulsion Laboratory and the University of Saskatchewan to combine topographical data from satellites and climate models to show the flow of groundwater around the world’s coasts.

The findings could help coastal communities better protect and manage their drinking water.

“Freshwater-groundwater discharge is a natural line of defense against saltwater intrusion,” said Audrey Sawyer, assistant professor of earth sciences at Ohio State and a co-author of the study. “And saltwater intrusion is a concern in places like Miami, Georgia, Cape Cod—it’s up and down the coast. It’s a problem that dry regions have as little groundwater discharge as they do because these are also the places where people are going to tend to look for groundwater to meet their freshwater needs.”

Their work, the first near-global and spatially distributed high-resolution map of fresh groundwater flow to the coast, could give scientists better clues about where to monitor groundwater discharge. Such monitoring is more challenging than monitoring the water quality of a river or stream, because groundwater, by its nature, enters oceans and lakes under water—people can’t see it from land.

When researchers think about coastal water quality and the way water affects the biochemical makeup of the world’s lakes and oceans, they typically think about rivers and streams—and for good reason. Most of the water that gets to lakes and oceans comes from surface water sources. But groundwater plays and important role, too, carrying minerals and, in some cases, pollutants, to surface bodies of water.

“If you’ve ever been swimming in a lake or in the ocean in the summertime and you go through a cold patch, that is probably a place where groundwater is coming out,” Sawyer said. “And that’s just one way that groundwater affects surface water—in that case, it’s affecting temperature, but it also affects the chemistry of the water. These effects can be hard to measure over large scales.”

That’s why Sawyer’s team started building these images: The research group focuses on groundwater, and realized that there was limited information showing—in detail—where groundwater was most likely to flow into the oceans.

The study found that in some parts of the world, groundwater could be polluting oceans and lakes with nutrients and other chemicals.

Groundwater, for example, can carry higher concentrations of nitrates—a key contributor of the types of harmful algal blooms that have caused problems for both fish and drinking water in Lake Erie, the Chesapeake Bay and the Gulf of Mexico—as well as high concentrations of mercury. Understanding how and where groundwater gets to surface water could help policymakers create better plans to improve those bodies of water.

The study also found that climate heavily influences groundwater flow, and that cities in dry areas are especially vulnerable to saltwater contamination of aquifers.

“This study draws attention to the idea that surface water and groundwater are all connected, and if you start to extract groundwater, you’re affecting that connection to our surface water bodies, and that can affect surface water quality, too,” Sawyer said. “There is competition between the outward push of groundwater towards the coast and the saltwater that wants to come in, and if we don’t have as much of an outward push because we’re taking that fresh groundwater out of the ground instead of letting it flow to the coast, it puts us in a more vulnerable position. It’s not that we can’t use groundwater, but we need to monitor our impact and remember that groundwater is not an inexhaustible resource.”