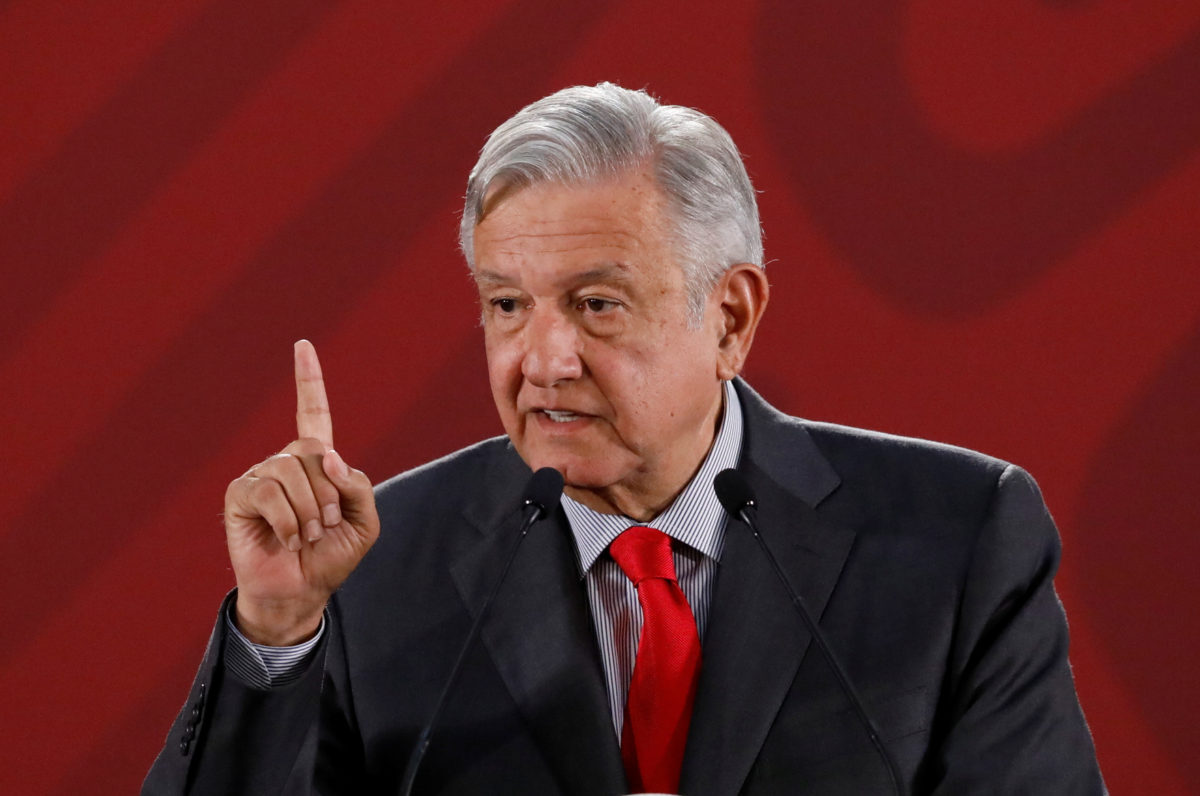 Mexico has fallen behind in the amount of water it must send north from its dams under a 1944 treaty, and time is running out to make up the shortfall by the Oct. 24 deadline. But farmers in the northern state of Chihuahua want the water for their own crops.

The water treaty has become a burning political issue in northern Mexico, with conspiracy theories and violent protests springing up.

López Obrador has advocated paying the debt, noting that Mexico receives four times more water under the treaty from the Colorado River than it contributes in the Rio Grande area. He claims Mexico has enough water in dams to supply local farmers and repay the debt, which built up over a number of years.

“I am asking people to help us and trust us,” López Obrador said. “If there is a problem of a lack of water, I will go to Chihuahua immediately and speak to the U.S. president and seek, as I have done in other cases, understanding of our situation.”

Given that conspiracy theories have sprung up in Chihuahua that the United States may have overstated it water payments, or paid with infrastructure improvements instead of water, López Obrador said he would be open to a review by outside experts.

“On whether the accounting is bad and whether we are in agreement with the U.N. verifying whether things are being done correctly, of course we are willing to accept that, but we do not want these to be dilatory practices, legal maneuvers that would delay us fulfilling our commitment,” López Obrador said.

WATCH: 6 years after water crisis began, what has changed in Flint — and what hasn’t

The U.S. Section of the International Boundary and Water Commission, the bilateral body that oversees treaty issues, said it “has not received any proposals from our Mexican counterparts to have the UN come in to audit water deliveries.”

Under the 1944 treaty, Mexico owes the United States almost 345,600 acre-feet (426 million cubic meters) this year that must be paid by Oct. 24. Payment is made by releasing water from dams in Mexico. Mexico has fallen badly behind in payments from previous years and now has to quickly catch up on water transfers.

In mid-July, the U.S. Commissioner of the water commission, Jayne Harkins, said of the International Boundary and Water Commission, said “they need to increase their water releases to the United States immediately,” adding “Mexico has failed to implement releases promised earlier and continuing to delay increases the risk of Mexico failing to meet its delivery obligation.”

The issue is a difficult one for López Obrador, who said he fears the U.S. government could impose tariffs on Mexican products or close borders in retaliation.

“Imagine that, for failing to comply, they close the border on us,” the president said.

A danger lies also in the series of angry protests the issue has sparked.

In late July, demonstrators in Chihuahua burned several government vehicles, blocked railway tracks and set afire a government office and highway tollbooths to protest the release of water from local dams to pay the U.S.

López Obrador has said the protests are being fanned by opposition politicians for their own motives.

The expansion of water-hungry crops has meant that Mexico has used 71% of the northward-flowing Conchos River, while under the treaty it should use only 62% of the water, letting the rest of it flow into the Rio Bravo, also known as the Rio Grande, on the border.

In the past, Mexico has delayed payments, hoping that periodic tropical storms from the Gulf would create occasional windfalls of water. But while Hanna made landfall in Texas in July, the storm’s rains did not reach far enough inland to fill dams in Chihuahua.