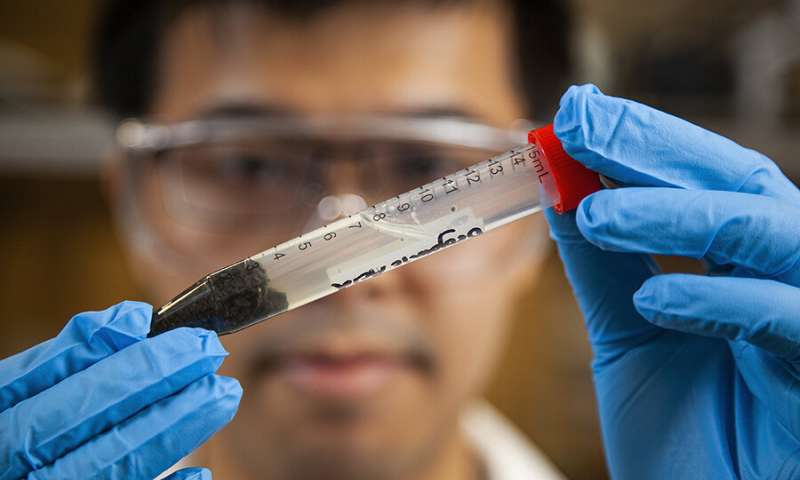 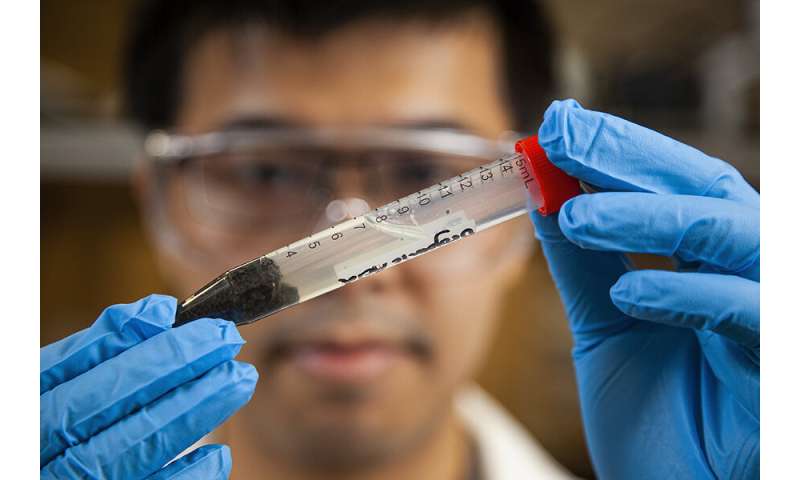 A team of Florida State University researchers studying new methods to remove toxic heavy metals from biosolids—the solid waste left over after sewage treatment—found the key is a brief spin through a microwave.

The method removed three times the amount of lead from biosolids compared to conventional means and could reduce the total cost of processing by more than 60 percent, making it a possible engineering solution to help produce fertilizer and allow more people to live with clean soil and water. The research is published in the  Journal of Cleaner Production .

"Biosolids are a valuable resource, but heavy metals prevent their use," said Gang Chen, a professor of Civil & Environmental Engineering at the FAMU-FSU College of Engineering.

As the human population of the planet grows and more people move to cities, sewage treatment plants around the world are producing more biosolids. Those byproducts are often disposed of in landfills or incinerators, but there are drawbacks to those solutions, such as high costs or secondary pollution from the treatment process itself.

Another option is to compost the biosolids, using them as an ingredient in fertilizer that finds a second life in agriculture. In the United States, about half of all biosolids are recycled.

Before disposal or recycling can happen, they need to be made safe to use. One obstacle is the presence of heavy metals, so named for their high atomic weight. Because these potential toxins can leach into the environment from biosolids, it's important to extract them. However, that extraction can be expensive.

Chen and his team turned to their knowledge of energy to develop a more efficient process.

The investigation started from theory. They calculated the amount of energy that was needed to break the bonds that attached the heavy metals to the rest of the biosolid but would not destroy the biosolid itself. Somewhere on the electromagnetic spectrum, Chen's group found the radiation with the right amount of energy.

Microwave radiation seemed to be just right. After treatment in a microwave, researchers were able to remove the heavy metals from biosolids with a lower dosage of treatment chemicals than traditional extraction requires.

It's a technique that can be scaled up to facilities that service a city or a region to give them a less expensive way to make biosolids safe, Chen said.

It's important work, because if heavy metals remain in biosolids that are applied to soil, those metals can be absorbed by plants, which become part of the food chain for animals or humans. As they accumulate in the body, they can cause intellectual disability in children, dementia in adults, central nervous system disorders and damage to organs.