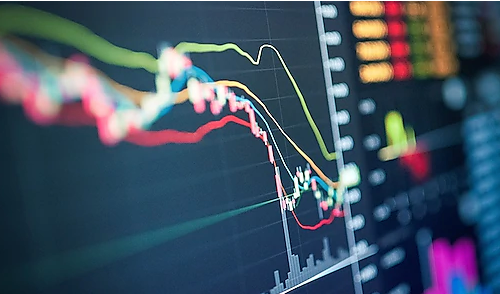 The offering has obvious benefits, including giving farmers more price transparency into a crucial resource. And maybe putting a price on water will increase incentives to keep it clean. But more broadly, NQH20 is a troubling advance for the process of  financialization  – a process with many clear, concrete benefits, and some major, harder-to-quantify risks.

Most of the growth in the finance industry over the past thirty years has involved putting dollar signs next to new realms of human existence, such as water – or, through futures and other derivatives, on the uncertainties of time itself. Financialization is also a driver for much of the fintech world, such as the many blockchain projects that have aimed (often farcically) to make everything from diamonds to real estate ‘easier to trade’.

Water isn’t the only recent high-water mark (ahem) of the trend. Also this week,  Harper’s  dove into the rise of income-share agreements (ISAs), a new kind of education financing that pays for school up front in exchange for a share of a student’s future earnings. To some, ISAs are a promising new mechanism for education funding. But others are concerned that they simply reinvent indentured servitude for the 21st century (Attaching prices to human beings has been fundamental to the advance of financialization).

ISAs are also being transformed into more complex instruments, as the income streams from student repayments are chopped up and sold off to investors. That echoes our greatest object lesson in the dangers of financialization, the 2008 housing crisis, which was caused largely by the rise of collateralized debt obligations, or CDOs. In these instruments, home loans that for generations had been made and held by local banks were chopped up into vehicles containing thousands of anonymized mortgages, and set free on the open market. (A great recent explanation of all this came in banking vet Christopher Varelas’ 2019 tell-all  How Money Became Dangerous .)

The most dangerous effect of transforming individual mortgages into more abstract vehicles was separating lenders from borrowers, who had for so long met face-to-face to hammer out deals. The problem was encapsulated by the classic scene in  The Big Short  in which Steve Carrell’s character (based on investor Steve Eisman) finds out one middle-income service worker has five home mortgages. That's information a more traditional, pre-financialization banker would have been more likely to know, and the information gaps inherent in removing human relationships from transactions may yet prove the Achilles' heel of the march to financialization.

There is also a more profound risk to financialization, with water as the ultimate example. Turning water or education or housing into entries on a ledger makes it possible to exchange them for one another, or for anything else, increasing market efficiency.

But that flattening can hide much larger truths: for instance, that water scarcity has been exacerbated by decades of corporate pollution, itself driven by the abstractions of the stock market. Or even the simple idea that water, as a universal necessity for human life, should be venerated as precious and managed for the common good, instead of reduced to a ticker symbol that produces fees for the banking elite.