More than 70 Million Brazilians May Face Water Shortages by 2035 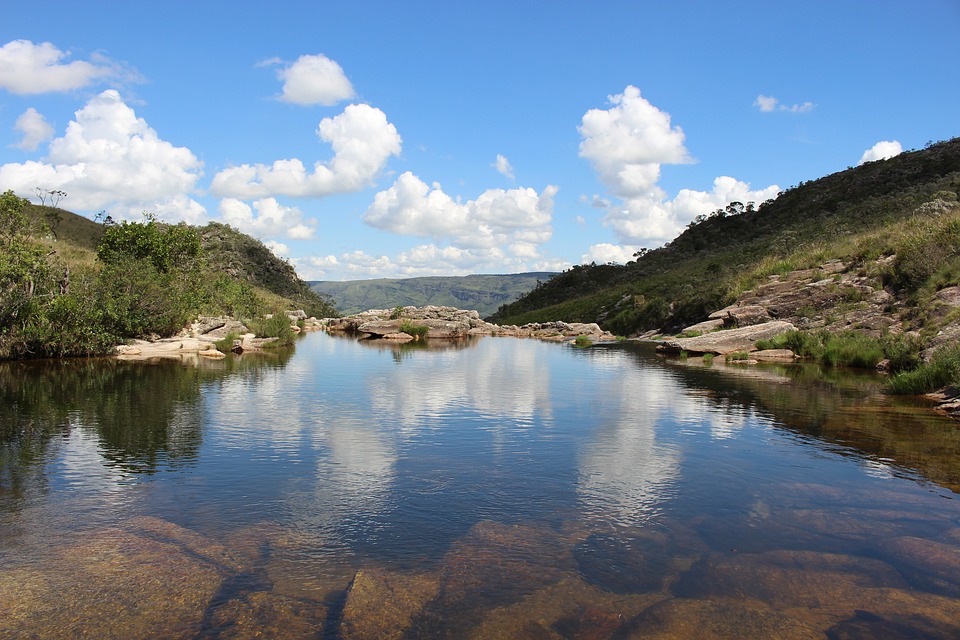 Brazil has the largest volume of surface water of any country as well as two of the world’s largest wetlands, the Pantanal and the Amazon Basin. It also has vast groundwater reservoirs or aquifers. This abundance of freshwater, however, is no guarantee of water security for Brazilians.

Water as a natural resource is distributed very unevenly in geographical terms. Without investments to guarantee the water supply, 74 million Brazilians may experience acute water shortages by 2035.

This is one of the findings of a thematic report, entitled Água: biodiversidade, serviços ecossistêmicos e bem-estar humano no Brasil (“Water: biodiversity, ecosystem services and human wellbeing in Brazil”) , that was launched with a respective summary for policymakers on August 8, 2019, at the 15th Brazilian Limnology Conference in Florianópolis, state of Santa Catarina.

The report was written by 17 researchers affiliated with several Brazilian institutions. It resulted from a partnership between the Brazilian Platform on Biodiversity and Ecosystem Services (BPBES), the Federal University of Rio de Janeiro (UFRJ) and Rio de Janeiro State University (UERJ). BPBES is supported by the FAPESP Research Program on Biodiversity Characterization, Conservation, Restoration and Sustainable Use (BIOTA-FAPESP).

“Water is a resource of paramount importance for Brazil, where several regions have experienced severe water shortages in recent years, including the Southeast,” Carlos Joly, a professor at the University of Campinas (UNICAMP) and a member of the BPBES steering committee, told Agência FAPESP.

Over 42% of the Brazilian population lives in Southeast Brazil, which is responsible for producing 55.2% of the country’s GDP, according to numbers from IBGE, Brazil’s national census bureau.

“Declining availability of water may intensify conflict over the use of this resource in Brazil,” said Joly, who is also a member of the BIOTA-FAPESP program’s steering committee.

As noted in the report, not only people and biodiversity but practically all economic activities in Brazil depend on water. Irrigated agriculture and livestock farming are the largest users, consuming 750,000 liters and 125,000 liters per second, respectively.

In addition, 85% of agricultural output (in the center-west, southeast and south) depends on rainwater, approximately 40% of which originates from evapotranspiration in the Amazon.

Industry uses more than 180,000 liters per second, and at least 80% of the nation’s dam reservoirs receive water from nature reserves and other conservation units, assuring sufficient water of the right quality for power plants to operate, according to the report.

The economic sectors that depend on water are already experiencing declines in water availability due to climate change, land-use change, ecosystem fragmentation and pollution.

Prolonged drought in the southeast and center-west has resulted in lost sales revenue estimated at BRL 20 billion for the agricultural sector in 2015, a loss of almost 7% compared with the estimate of the previous year.

Land-use change due to agricultural expansion, new dams and river diversion has a negative impact on water availability and quality, affecting water use by aquatic species and the human population.

These changes, in turn, lead to modifications in the dynamics and structure of aquatic environments, impairing their connectivity and altering the hydrological regime (patterns in the flows of water, sediment and nutrients) in ways that favor the establishment of exotic species.

Similarly, increasing volumes of pollutants in rivers, lakes and other water bodies are harmful to aquatic biodiversity and ecosystem services, such as supplies of clean water and fish for human consumption, according to the report.

“Water isn’t just a resource for human use. It’s a key component of biodiversity, part of the nation’s cultural heritage, and an essential element of the population’s wellbeing,” said Aliny Pires, a professor at UERJ and coordinator of the report.

According to the report, approximately 10% of Brazil’s inland fish species are endangered. Moreover, freshwater fish and invertebrates account for 30% of all endangered animal species in Brazil.

Almost 65% of Brazil’s humid areas, which are vital to the prevention of floods and other natural disasters, have been lost. The current rate at which these environments are changing is three times faster than the rate of deforestation.

“In biomes such as the Amazon and Pantanal, alternation between high and low water, known as the flood pulse, determines the structure and dynamics of the region’s many ecosystems,” Joly said. “In these cases, an interruption in the flood pulse leads to a collapse in the functioning of ecosystems.”

It will be crucial to address these threats and conserve the aquatic environments and wetlands in Brazil’s different regions if water security is to be guaranteed, the report says.

Forest restoration and the conservation of springs, watersheds and riparian vegetation can assure consistent benefits for water quality as well as considerably reduce the cost of water treatment.

On the land occupied by the Cantareira water system that supplies São Paulo city and is located in the metropolitan area, for example, the restoration of native vegetation would reduce water treatment costs by one-third.

“Removal of native plant cover is one of the causes of São Paulo’s recent water shortages,” Joly said.

According to the report, every BRL invested in infrastructure for water security yields more than BRL 15 in economic benefits to the nation. The lack of such an investment causes economic losses above all for industry, followed by livestock farming and irrigated agriculture, not to mention the damage to human health and aquatic environments.

“Water security isn’t just a matter of guaranteeing enough available water. It’s also a matter of proper water resource management to assure its existence and availability to all the sectors that need it,” Pires said.

The annual flow rate of Brazil’s rivers is estimated at 180 million liters per second, but the distribution of this resource is highly uneven across the territory, and large amounts of this water are wasted or lost.

If water distribution losses were reduced to approximately 15% on average, the net gain would be BRL 37 billion by 2033, according to the report.

“The north region, for example, has the nation’s most abundant water supply thanks to the Amazon but loses a great deal of water in the distribution system,” Pires said.