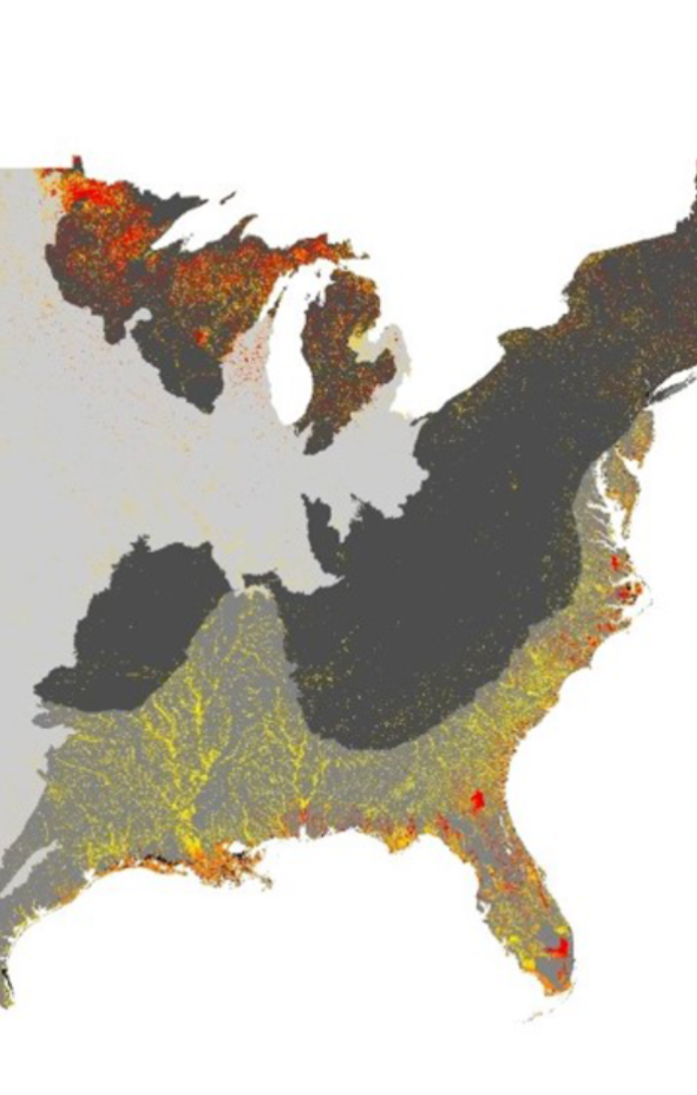 Carbon storage in wetland soils can have physical influences on water flow, water retention, and biogeochemical cycles and thus are critical to water models that guide decisions that affect downstream users. The amount of carbon stored in wetland soils is calculated from the soil’s carbon concentration (by weight) and its bulk density (a measure of its compactness). However, wetland soils are difficult to quantify and map due to varying sampling protocols and the discontinuous and variable nature of wetlands and water on the landscape. Despite conterminous United States (CONUS) wetland losses of 53 percent since European settlement, wetlands are still about 5 percent of CONUS land surface, with carbon-rich soils that represent nearly 15 percent of CONUS soil carbon storage to 1 meter depth.