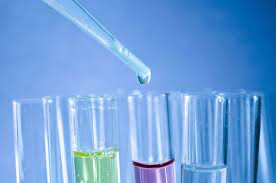 The self-powered machine kills dangerous bacteria with an electric field.
Image shows a hand an forearm coming into the frame from the right edge, with the hand wrapped around the top of a flask full of cloudy, brown water
Media credits
Africa Studio/Shutterstock 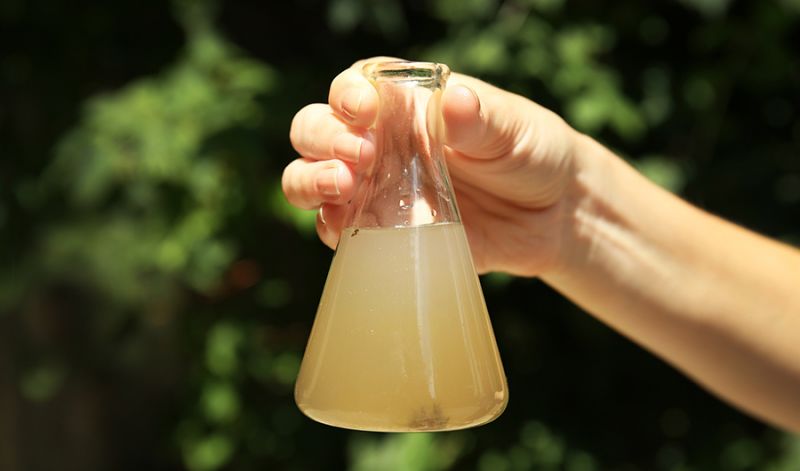 (Inside Science) -- Static electricity leapt from powering party tricks to batteries a mere decade ago, when scientists learned to repurpose the process behind doorknob shocks for deployable electricity. Recent advances in the technology may ultimately improve access to clean water, though not without some upgrades.

Since the invention of the triboelectric nanogenerator, which harnesses static electricity to power a circuit, researchers have investigated dozens of potential applications -- from footstep-powered floor lights to self-sterilizing face masks. Now, Guangqin Gu and his colleagues at Henan University in China have developed a device that uses the same principle to kill microorganisms in water -- a process that could eventually help produce clean drinking water in remote areas. The team published their results in July in the journal Nanotechnology.

Around 600 B.C., ancient Greek philosophers noticed that after rubbing fur on amber, the fossilized sap attracted lightweight objects. Centuries later, scientists attributed the phenomenon to the triboelectric effect, or static electricity (derived from the Greek word for "amber"). When certain materials, such as wool socks and carpet, come into contact with each other, electrons transfer between them, leading to a buildup of positive charge on one and negative charge on the other. When detached, the charged surfaces can lift light objects or send a neutralizing zap -- like lightning. The triboelectric nanogenerator captures the voltage produced by the separation as electrons jump ship, turning mechanical energy into serviceable electricity.

Instead of using amber and feathers, Gu and his team exploit the effect with two thin disks of copper and polytetrafluoroethylene, the polymer used to coat nonstick pans. In the self-powered system, a controlled stream of water rotates one disk at a constant rate, forcing a repeated contact with the other disk -- like fingers brushing against fan blades.

"As the two materials come into contact, they exchange some charges, and then you can hook that up to a circuit to get useful electricity," said Matt Stilwell, a researcher at the University of Wisconsin-Madison who was not involved in the study.

The electric field then destroys the cell membranes of bacteria in the water -- droplet by droplet -- through a process called electroporation. The experiment tested water contaminated with Escherichia coli and Staphylococcus aureus, which can cause a variety of life-threatening diseases such as appendicitis and sepsis, respectively. Each strain of bacteria was completely inactivated in the water samples after two trips through the machine.

"Purifying water of biological contaminants has been at the top of public health efforts for many decades worldwide," said Brent Haddad, director of the Center for Integrated Water Research at the University of California, Santa Cruz. "Anything that can reduce the cost and increase the effectiveness of biological treatment will get great use and be a benefit to society."

Other researchers have tried to use this technology to purify drinking water, but this team from Henan is the first to do so successfully without introducing contaminating ions or significantly changing the water's acidity. Still, there's one major holdup to the tech: the output performance isn't quite strong or reliable enough for real-world usage. While the device did kill the bacteria, it completely sterilized the water only at the sluggish rate of 0.31 milliliters per minute -- that's over 45 minutes for a tablespoon.

Gu noted that the technology needs to be adapted to become more durable and also to produce more charge, which would increase the amount of water it can sterilize. Making these improvements could take at least a few years. If enhanced, however, a single device could likely purify several thousand gallons over 10 years, he said.

"I expect one of these devices would cost less than $5 to build," Gu said. The low price tag makes this solution all the more practical for "disasters and long-term use in remote and undeveloped areas," he added.

Of course, bacteria aren't the only contaminants lurking in water. Different systems would be needed to filter out sediments and chemicals -- though unwanted biological pollutants such as bacteria pose the most immediate threat to human health, according to Haddad.

When it comes to novel water sterilization techniques, Haddad said, "we should take them all seriously and let them try to prove themselves -- even if, in this case, it's starting one drop at a time."