New Jersey Is Getting Its Lead Out 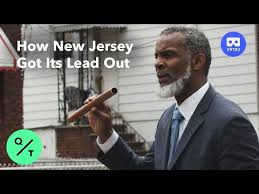 After rising public pressure and lawsuits over health concerns, the city of Newark, New Jersey (a half-hour from New York City) is undertaking one of the most ambitious and impactful infrastructure projects in the country: replacing all of its residential lead service lines within 2 years.

In this 3D VR180 video, we visit the project site on a street in Newark and dig around - literally - to find out what it takes to pull off a project at this scale. With echoes of Flint, Michigan and other recent water crises still fresh in the public's mind, Newark's approach could redefine how other cities approach this public health crisis.

This VR180 video is viewable in full 3D with a VR headset (Oculus Rift, HTC Vive) or with Google Cardboard. If viewing on desktop or mobile, click and drag your mouse or rotate your phone to explore a wider range of vision.