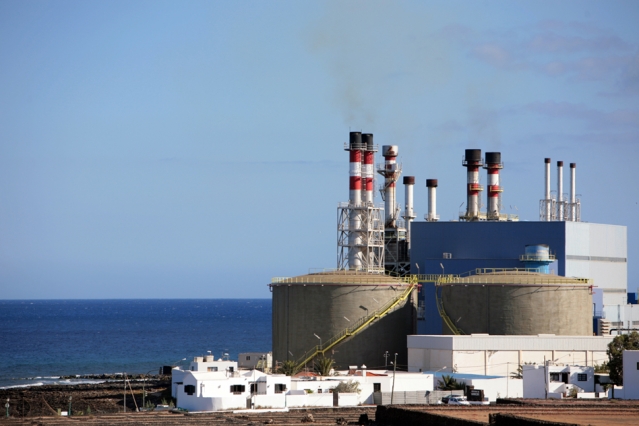 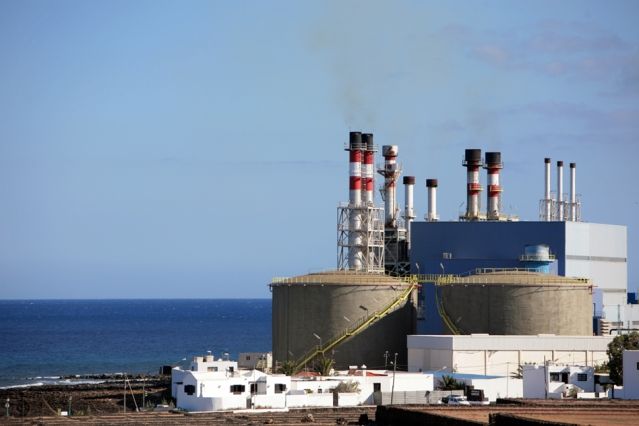 Seaside desalination plants like this typically discharge large volumes of concentrated brine back into the sea. MIT researchers have shown that instead, much of this waste could be turned into useful chemicals. (Image source: MIT)

The rapidly growing desalination industry produces water for drinking and for agriculture in the world’s arid coastal regions. But it leaves behind as a waste product a lot of highly concentrated brine, which is usually disposed of by dumping it back into the sea, a process that requires costly pumping systems and that must be managed carefully to prevent damage to marine ecosystems. Now, engineers at MIT say they have found a better way.

In a new study, they show that through a fairly simple process the waste material can be converted into useful chemicals — including ones that can make the desalination process itself more efficient.

The approach can be used to produce sodium hydroxide, among other products. Otherwise known as caustic soda, sodium hydroxide can be used to pretreat seawater going into the desalination plant. This changes the acidity of the water, which helps to prevent fouling of the membranes used to filter out the salty water — a major cause of interruptions and failures in typical reverse osmosis desalination plants.

The concept is described in the journal Nature Catalysis a nd in two other papers by MIT research scientist Amit Kumar, professor of mechanical engineering John. H. Lienhard V, and several others. Lienhard is the Jameel Professor of Water and Food and the director of the Abdul Latif Jameel Water and Food Systems Lab.

“The desalination industry itself uses quite a lot of it,” Kumar says of sodium hydroxide. “They’re buying it, spending money on it. So if you can make it in situ at the plant, that could be a big advantage.” The amount needed in the plants themselves is far less than the total that could be produced from the brine, so there is also potential for it to be a saleable product.

Sodium hydroxide is not the only product that can be made from the waste brine: Another important chemical used by desalination plants and many other industrial processes is hydrochloric acid, which can also easily be made on site from the waste brine using established chemical processing methods. The chemical can be used for cleaning parts of the desalination plant, but is also widely used in chemical production and as a source of hydrogen.

Currently, the world produces more than 100 billion liters (about 27 billion gallons) a day of water from desalination, which leaves a similar volume of concentrated brine. Much of that is pumped back out to sea, and current regulations require costly outfall systems to ensure adequate dilution of the salts. Converting the brine can thus be both economically and ecologically beneficial, especially as desalination continues to grow rapidly around the world. “Environmentally safe discharge of brine is manageable with current technology, but it’s much better to recover resources from the brine and reduce the amount of brine released,” Lienhard says. 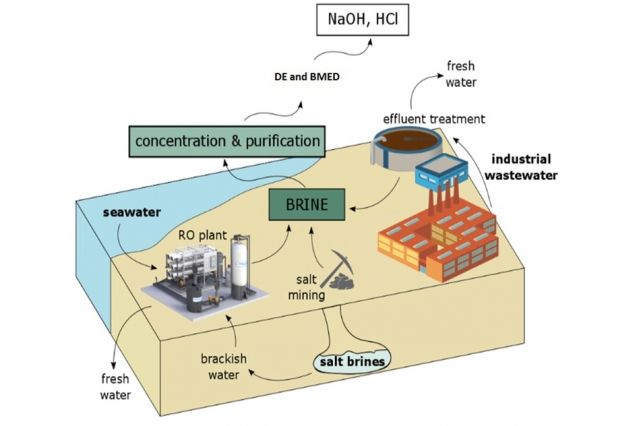 Illustration depicts the potential of the suggested process. Brine, which could be obtained from the waste stream of reverse osmosis (RO) desalination plants, or from industrial plants or salt mining operations, can be processed to yield useful chemicals such as sodium hydroxide (NaOH) or hydrochloric acid (HCl). (Illustration courtesy of the researchers, source: MIT)

The method of converting the brine into useful products uses well-known and standard chemical processes, including initial nanofiltration to remove undesirable compounds, followed by one or more electrodialysis stages to produce the desired end product. While the processes being suggested are not new, the researchers have analyzed the potential for production of useful chemicals from brine and proposed a specific combination of products and chemical processes that could be turned into commercial operations to enhance the economic viability of the desalination process, while diminishing its environmental impact.

“This very concentrated brine has to be handled carefully to protect life in the ocean, and it’s a resource waste, and it costs energy to pump it back out to sea,” so turning it into a useful commodity is a win-win, Kumar says. And sodium hydroxide is such a ubiquitous chemical that “every lab at MIT has some,” he says, so finding markets for it should not be difficult.

The researchers have discussed the concept with companies that may be interested in the next step of building a prototype plant to help work out the real-world economics of the process. “One big challenge is cost — both electricity cost and equipment cost,” at this stage, Kumar says.

The team also continues to look at the possibility of extracting other, lower-concentration materials from the brine stream, he says, including various metals and other chemicals, which could make the brine processing an even more economically viable undertaking.

“One aspect that was mentioned … and strongly resonated with me was the proposal for such technologies to support more ‘localized’ or ‘decentralized’ production of these chemicals at the point-of-use,” says Jurg Keller, a professor of water management at the University of Queensland in Australia, who was not involved in this work. “This could have some major energy and cost benefits, since the up-concentration and transport of these chemicals often adds more cost and even higher energy demand than the actual production of these at the concentrations that are typically used.”

The research team also included MIT postdoc Katherine Phillips and undergraduate Janny Cai, and Uwe Schroder at the University of Braunschweig, in Germany. The work was supported by Cadagua, a subsidiary of Ferrovial, through the MIT Energy Initiative.