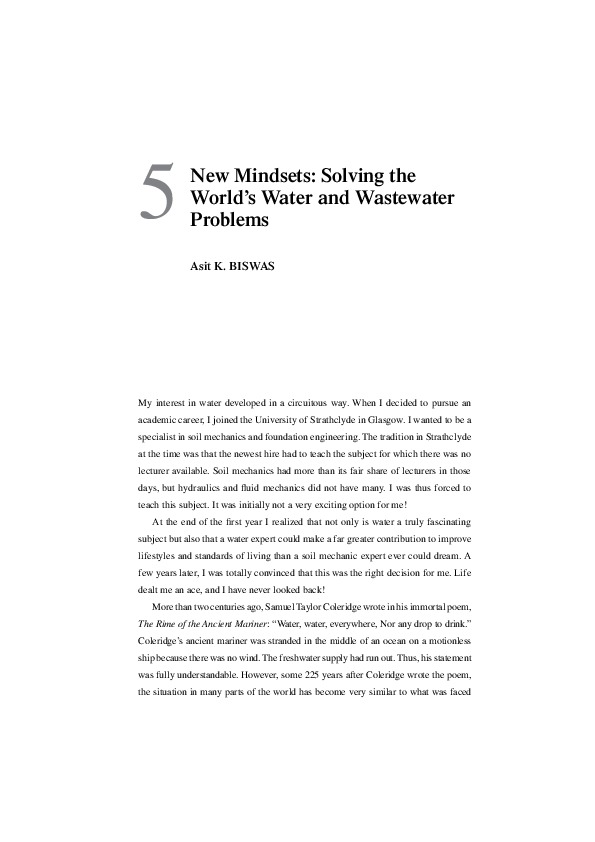 More than two centuries ago, Samuel Taylor Coleridge wrote in his immortal poem, The Rime of the Ancient Mariner: “Water, water, everywhere, Nor any drop to drink.” Coleridge’s ancient mariner was stranded in the middle of an ocean on a motionless ship because there was no wind. The freshwater supply had run out. Thus, his statement was fully understandable. However, some 225 years after Coleridge wrote the poem, the situation in many parts of the world has become very similar to what was faced by the ancient mariner. The situation is now so grim that water from river and lakes and even underground water near the urban centres of the developing world cannot be drunk without significant treatment. According to the Third World Centre for Water Management, at least 3 billion people, and possibly as many as 3.6 billion people, still do not have access to clean drinking water. This is significantly higher than the entire population of the world when Coleridge wrote his remarkable poem.