New prepaid water system to be trialled in South Africa 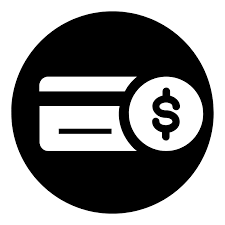 Government plans to trial a new prepaid metre system across the country in an effort to cut down on municipal water debt.

The recommendation has been made by an inter-ministerial task team (IMTT) which was established in 2017 to deal with municipalities’ non-payment for electricity and water.

The IMTT said that four municipalities have currently been selected for this pilot including:

The IMTT said that the pilot projects will deal with proof of concept, standardisation of the technology, systems, processes structure, and policies in the prepaid rollout.

It added that an implementation plan has been developed and presented and that financing options are being explored to fund the pilot.

The IMTT said that these prepaid smart meters have the potential to alleviate the growing water debt problem through:

The IMTT did not provide any information as to when the pilot project will start or provide an estimate of how much it may cost.

As part of the same presentation, the Department of Corporate Governance highlighted that municipal water debt has been increasing at an alarming rate with just under R15 billion owed as at the end of September 2019.

This is an increase of R1.8 billion compared to the same period in 2018.

Some of the challenges mentioned by municipalities with regard to the inability to service the debt are: