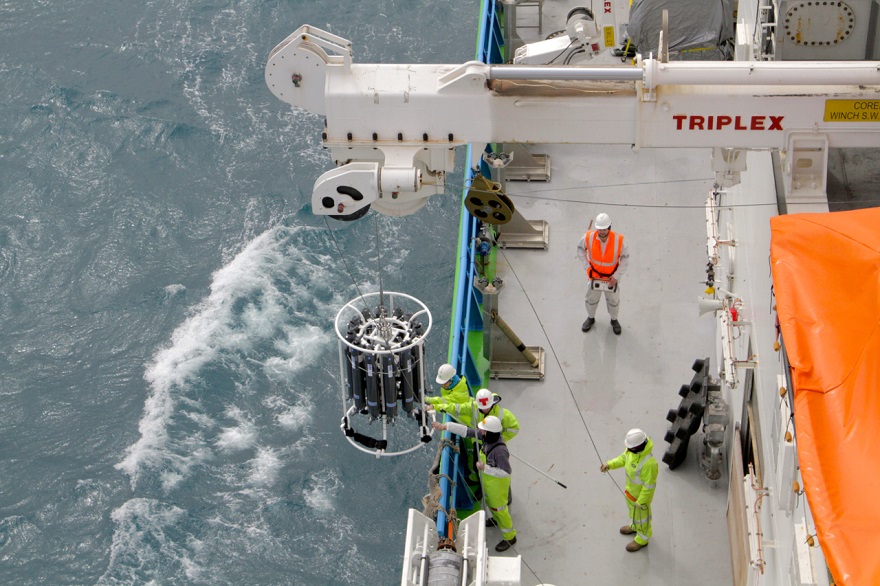 Half of the marine life in the world’s oceans depends on the enrichment of phytoplankton by dissolved iron, just as plants at the base of the food chain on land need nutrients to help them grow.

However, knowledge of the processes by which iron, used by the phytoplankton, is resupplied to the marine environment and distributed in the deep ocean is limited due to sparse data.

A new IMAS -led study published in the journal Nature Geoscience has for the first time conducted in situ observations of bacterial iron regeneration in the mesopelagic zone - the twilight zone where light does not penetrate - from the Southern Ocean and the Mediterranean Sea.

Lead author Dr Matthieu Bressac said the research found that iron from organic sources dissolves up to 100 times more efficiently in cold Subantarctic water than iron in dust blown from the desert in warmer Mediterranean waters.

“Iron is critical for phytoplankton at the base of the marine food chain and therefore for the productivity of life in the ocean,” Dr Bressac said.

“Where iron is scarce, as it is in much of the Southern Ocean, the ocean is more like a desert, with less marine life.

“But we have limited understanding of where iron dissolved in the ocean comes from and how it is distributed in deep layers such as the mesopelagic zone, which is a major reservoir of iron for the surface ocean.

“We found that the efficiency of iron entering the deep ocean is significantly higher when iron fluxes are essentially biogenic than when lithogenic material is present.

“Replenishment of the mesopelagic zone with iron is therefore strongly conditioned by the composition of the exported iron,” Dr Bressac said.

“By controlling the productivity of marine life, dissolved iron is critical to the carbon cycle, where atmospheric CO2 is absorbed by phytoplankton and sequestered to the seafloor as organisms die and sink.

“Our simulations reveal that the combined effect of lithogenic particles and ocean dynamics is responsible for a major redistribution of dissolved iron in the first 1000 metres of the water column, not only in regions close to deserts but also at a global scale.

“As the climate changes these effects are likely to be accentuated, with significant repercussions for ocean productivity and the effectiveness of the carbon cycle,” Professor Boyd said.

Source: The Institute for Marine and Antarctic Studies (IMAS), University of Tasmania