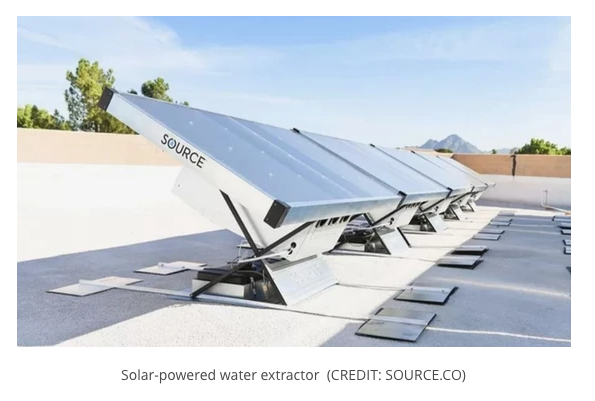 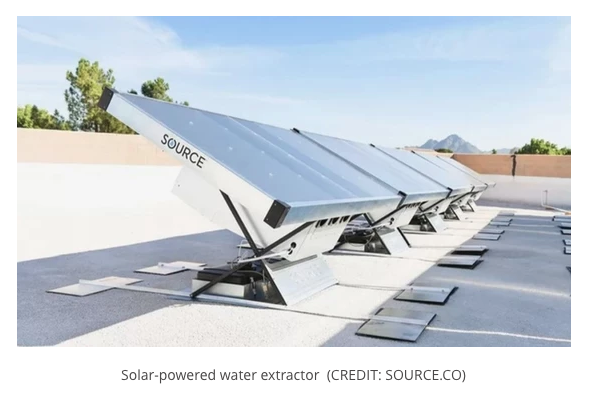 By harvesting water vapor from the air and condensing it into liquid, atmospheric water generators can essentially pull water from the air, and these devices hold a lot of promise for providing an independent source of drinking water. And although drought-stricken regions and locations without safe or stable water sources are prime candidates for water production and purification devices such as those, residences and commercial buildings in the developed world could also benefit from their use, and they make a great fit for off-grid homes and emergency preparedness kits.

The statistics speak for themselves:

40 percent of America’s 50,000 community water systems have had water quality violations, according to the EPA.

15 percent of Americans still rely on wells as their main source of water. A full 50 percent of that water wouldn’t pass a quality test.

Over 450,000 California residents who are served by a Community Water System are subjected to water that is failing to meet the Safe Drinking Water Act.

Evidence shows that American households facing water insecurity and poor water quality are likely to have lower incomes and live in areas where infrastructure has been systemically underfunded.

100 percent of California’s failing systems serve less than 100,000 people; 96.4 percent serve less than 10,000 people. Tulare County, where Allensworth is located, has largest number of systems without safe water. (Community Water Center’s Drinking Water Tool identifies exactly where communities have the environmental burden of no clean water and are also disadvantaged.)

The most common contaminants found in these water systems are arsenic, nitrate, lead, copper, Uranium, and E.Coli.
Some water generators, such as the WaterSeer, get a lot of hype (and a lot of skepticism) but haven't been able to deliver. Others, like the Ecoloblue devices, are a bit more costly and complex, but they actually exist and can be bought and put to work.

Zero Mass Water's SOURCE device, is a rooftop solar device that produces water instead of just electricity. The company's SOURCE hydropanel arrays are now available in the US, where "It works in almost every climate, and almost every day of the year."

A standard SOURCE array is made up of two hydropanels, with additional panels added as needed for the water production or the local climate, and this self-contained unit is designed to be mounted onto the roof of a building, where it can then produce an average of 4-10 liters per day. An onboard 30-liter reservoir holds the collected water and mineralizes it with calcium and magnesium, and the outflow of the device can be plumbed right to a tap (or refrigerator or dispenser) inside the building for ease of use. No maintenance is said to be necessary other than annual filter changes and swapping out the mineral cartridge every five years, which a subscription program delivers when it's time.  The system will produce the equivalent of 43,800 bottles of water over its lifetime, with no plastic waste.

A Practical Solution
According to Zero Mass Water, even those in low-humidity and arid regions can put SOURCE units to work to generate water, which is a question that many skeptics of the system bring up. "Our array on the Zero Mass Water headquarters in Scottsdale, Arizona makes water year-long despite low relative humidity. The Phoenix-Metro area can get below 5% relative humidity in the summer, and SOURCE still produces water in these incredibly dry conditions."