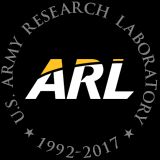 Providing clean water to Soldiers in the field and citizens around the world is essential, and yet one of the world’s greatest challenges. Now a new super-wicking and super-light-absorbing aluminum material developed with Army funding could change that.

With funding from the Army Research Office, an element of the U.S. Army Combat Capabilities Development Command’s Army Research Laboratory, researchers at the University of Rochester have developed a new aluminum panel that more efficiently concentrates solar energy to evaporate and purify contaminated water.

“The Army and its warfighters run on water, so there is particular interest in basic materials research that could lead to advanced technologies for generating drinking water,” said Dr. Evan Runnerstrom, program manager at ARO. “The combined super-wicking and light-absorbing properties of these aluminum surfaces may enable passive or low-power water purification to better sustain the warfighter in the field.”

The researchers developed a laser processing technology that turns regular aluminum pitch black, making it highly absorptive, as well as super-wicking (it wicks water uphill against gravity). They then applied this super absorptive and super-wicking aluminum for this solar water purification.

The technology featured in Nature Sustainability, uses a burst of femtosecond (ultrashort) laser pulses to etch the surface of a normal sheet of aluminum. When the aluminum panel is dipped in water at an angle facing the sun, it draws a thin film of water upwards over the metal’s surface. At the same time, the blackened surface retains nearly 100-percent of the energy it absorbs from the sun to quickly heat the water. Finally, the wicking surface structures change the inter-molecular bonds of the water, increasing the efficiency of the evaporation process even further.

“These three things together enable the technology to operate better than an ideal device at 100 percent efficiency,” said Professor Chunlei Guo, professor of optics at University of Rochester. “This is a simple, durable, inexpensive way to address the global water crisis, especially in developing nations.”

Experiments by the lab show that the method reduces the presence of all common contaminants, such as detergent, dyes, urine, heavy metals and glycerin, to safe levels for drinking.

The technology could also be useful in developed countries for relieving water shortages in drought-stricken areas, and for water desalinization projects, Guo said.

Using sunlight to boil has long been recognized as a way to eliminate microbial pathogens and reduce deaths from diarrheal infections, but boiling water does not eliminate heavy metals and other contaminants.

Solar-based water purification; however, can greatly reduce these contaminants because nearly all the impurities are left behind when the evaporating water becomes gaseous and then condenses and gets collected.

The most common method of solar-based water evaporation is volume heating, in which a large volume of water is heated but only the top layer can evaporate. This is obviously inefficient, Guo said, because only a small fraction of the heating energy gets used.

A more efficient approach, called interfacial heating, places floating, multi-layered absorbing and wicking materials on top of the water, so that only water near the surface needs to be heated. But the available materials all have to float horizontally on top of the water and cannot face the sun directly. Furthermore, the available wicking materials become quickly clogged with contaminants left behind after evaporation, requiring frequent replacement of the materials.

The aluminum panel the researchers developed avoids these difficulties by pulling a thin layer of water out of the reservoir and directly onto the solar absorber surface for heating and evaporation.

“Moreover, because we use an open-grooved surface, it is very easy to clean by simply spraying it,” Guo said. “The biggest advantage is that the angle of the panels can be continuously adjusted to directly face the sun as it rises and then moves across the sky before setting – maximizing energy absorption.”

The Army and Guo are exploring transition opportunities to further develop this technology within DOD laboratories and private industry.

In addition to the Army, this research received funding from the Bill and Melinda Gates Foundation and the National Science Foundation.