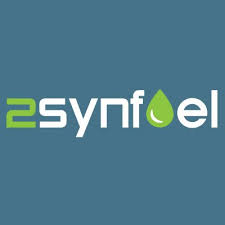 A huge quantity of organic waste from various sectors either ends up in landfills or gets incinerated, further increasing greenhouse gas (GHG) emissions and soil and water pollution. To address this issue, it’s crucial to develop and implement a proper waste management plan.

The EU-funded TO-SYN-FUEL project is making great strides in transforming several types of biomass residues into CO2-neutral liquid fuel. “For the conversion of biogenic residues to sustainable advanced biofuels, Fraunhofer UMSICHT developed and realised a new technology, named Thermo-Catalytic Reforming (TCR®),” as noted in a news release on the project website. “Starting from tests on a lab-scale unit to the fuel production demonstrated on a pilot scale, the TCR® technology was then scaled-up to a 300 kg per hour plant for the conversion of sewage sludge at an industrial rate,” the same news release adds. It also states: “The ongoing step of a technical demonstrator development is part of TO-SYN-FUEL. The operational capacity is designed for 500 kg per hour of dried sewage sludge. … The development process of this novel technology has shown a high potential in the utilization of biomass and residues.” Dr -Ing. Robert Daschner from Fraunhofer Institute for Environmental, Safety, and Energy Technology (UMSICHT) says: “In this project we want to produce advanced biofuels from waste, which in this particular case will be sewage sludge. We are building-up the plant and we will operate and demonstrate the technology in operation.” He adds: “By the end of the project we want to have a business case for sustainable green fuels in order to support the targets of the European Commission.” The plant will produce over 200 000 l of biocrude oil, according to the news release. Sewage sludge refers to the final solid component produced during wastewater treatment.

TO-SYN-FUEL involves the development of an integrated process that combines TCR® with hydrogen separation through pressure swing adsorption and hydrodeoxygenation (HDO). The project website explains the process: “The TCR® technology converts a broad range of residual biomass into three main products: H2-rich synthesis gas, biochar and liquid bio-oil, which can be upgraded. By high pressure hydro-deoxygenation HDO and conventional refining processes, a diesel or petrol equivalent is created in the distillation and is ready to be used directly in internal combustion engines.” TO-SYN-FUEL (The Demonstration of Waste Biomass to Synthetic Fuels and Green Hydrogen) will run until end-April 2021. CORDIS states: “This project will mark the first pre-commercial scale deployment of the technology processing up to 2100 tonnes per year of dried sewage sludge into 210,000 litres per year of liquid biofuels and up to 30,000 kg of green hydrogen. The scale up of 100 of such plants installed throughout Europe would be sufficient to convert up to 32 million tonnes per year of organic wastes into sustainable biofuels, contributing towards 35 million tonnes of GHG savings and diversion of organic wastes from landfill.”