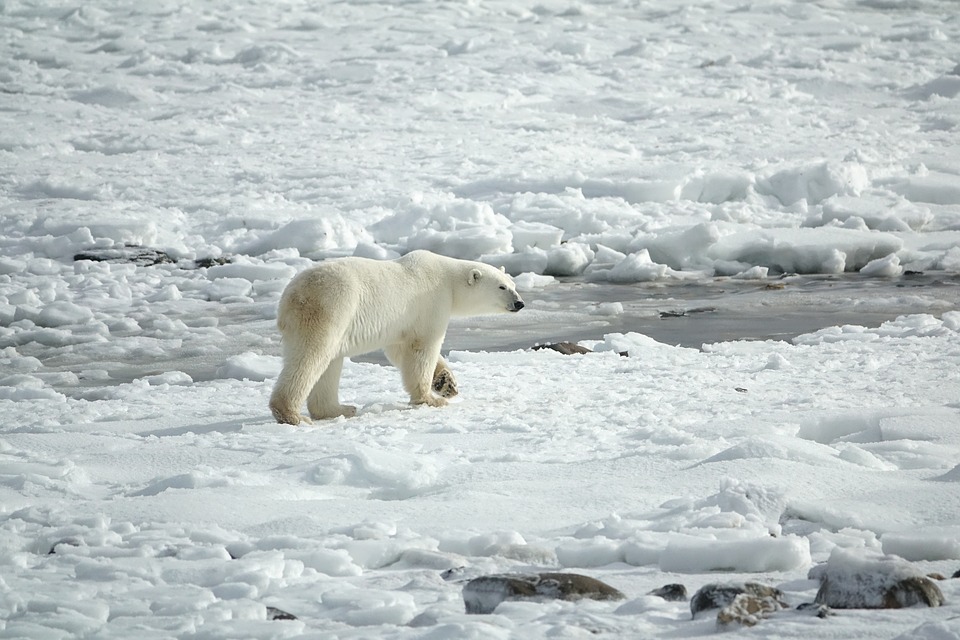 Governments meet in Monaco over the next week to approve a scientific report outlining climate change impacts on the earth's oceans and snow and ice-covered places - or cryosphere - and our options to respond.

Governments are meeting in the Principality of Monaco from Friday to approve a new UN report that outlines the impacts and risks to nature and humans of dramatically changing oceans, polar regions and glaciers. The report will underscore the crisis we face, with already seen climate impacts increasing in scale, frequency and intensity.

The science presented in the report is expected to further underline that climate, people and nature are fundamentally linked. Efforts to mitigate climate change and halt nature loss must go hand in hand, and be fully integrated with climate adaptation.

Produced by the Intergovernmental Panel on Climate Change, the UN body responsible for assessing the science related to climate change, this and other IPCC reports are the authoritative source of information on climate change, and underpin the international community’s understanding of climate change and related issues. The report will add to knowledge on how climate change is affecting ocean, coastal, polar and mountain ecosystems, and is also expected to examine how nature and society must respond to the risks this poses to achieve climate-resilient development.

This report, as well as other recent IPCC reports, is expected to inject urgency into the process of countries increasing ambition in their national climate plans.

Vanessa Perez-Cirera, deputy leader of WWF’s global climate and energy programme, said: “This report should outline the multiple connections between climate change and the food and water for livelihoods and climate regulation which we depend on these areas to provide. The report should also give a robust and integrated assessment of the impact of climate change on these sensitive ecosystems, and what options are open to us to address these. It should also be a clarion call to governments to substantially increase their climate pledges by 2020.”

Dr Stephen Cornelius, chief adviser on climate change for WWF-UK and head of WWF’s delegation in Monaco, said: “We already see accelerated impacts of climate change across the globe and are at a point where we simply cannot ignore the warning signs from our planet any longer. No matter what any sceptic might say, the risks we face in the future are real and, if left unchecked will have disastrous consequences for millions of people and for the planet’s most vulnerable ecosystems.

Rapid and deep cuts to global greenhouse gas emissions is crucial to limit many climate risks and will also make adaptation easier and more effective.”

Peter Winsor, Director of WWF’S Arctic Programme, said: “This report will make it very clear that climate change is causing irreversible change and uncertainty for the polar regions. Sea ice is the rainforest of the polar regions. Many polar species rely upon sea ice and that habitat is disappearing. The rapid pace of climate change is also threatening the livelihoods and cultural existence of communities living in the Arctic. Moreover, this is not a localised threat - the world depends on the cooling benefits provided by the polar regions.

“Keeping warming to 1.5℃ globally is absolutely critical. Local communities, governments, policy makers and experts all need to come together to protect these special places and the life they support. We have a chance now through immediate and direct action to decide what the future of our unique polar regions will be - and how much of our cryosphere we can retain.”

John Tanzer, leader of WWF’s global oceans programme, said: “This report should erase any doubts about the peril that climate change poses for the health of the ocean and, as a consequence, for human well-being.  From coral reefs and mangroves to fish populations and coastal habitats, climate change and human pressures are rapidly destroying the natural capital that supports the lives and livelihoods of hundreds of millions of people around the world.

There can no longer be talk of sustainable development without the massive scaling-up of the restoration of the ocean’s own natural defences against the ravages of climate change. We must accelerate action in accordance with the Paris agreement,build healthier oceans and turn to nature-based solutions with unprecedented resolve.”

Stuart Orr, leader of WWF’s global freshwater programme said: “This IPCC report will shine a spotlight on a critical but under-reported issue - the irreversible impact that climate change is having on the planet’s water towers. Across the world’s high mountains, glaciers are melting, snow cover is decreasing and permafrost is thawing – contributing to sea level rise and changing river flows. These patterns are threatening the resilience of communities and the survival of species from the mountains all the way downstream to the sea.

“Adapting to these changes will require sound water policies, practices, investments and governance that recognize the full value of functioning and healthy rivers and freshwater systems.”

The Intergovernmental Panel on Climate Change meets to approve the Summary for Policymakers of its Special Report on the Ocean and Cryosphere in a Changing Climate (SROCC) in Monaco on 20-25 September 2019. The report is due to be launched at 11am CEST on Wednesday 25 September 2019.