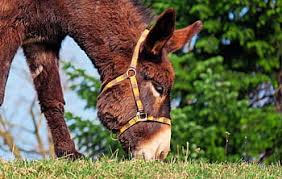 The opening of the new Bucha Raya water trough in Ethiopia. © The Brooke

The recent opening of 17 new water projects in Ethiopia will help more than 80,000 working horses, donkeys and mules and their communities.

Brooke Ethiopia’s projects within the Oromia region involved installing water points, troughs, reservoirs and line extensions that will provide about 80,868 working horses, donkeys and mules and their communities with a much-needed resource in areas suffering from severe water shortages.

Brooke has invested £660,709 (26 million ETB / $US790,000) towards constructing water projects, across six districts. Ethiopia is located in the Horn of Africa, meaning it is particularly susceptible to periods of drought. As such, especially in rural areas, many members of the population are without access to clean, safe water.

One of the inaugurated projects was in Ashalicho, a small Kebele (ward) with little infrastructure or access to technology. For centuries, a small water spring was the only water source for three neighbouring villages of more than 5000 households and close to 10,000 horses, donkeys and cattle. After hours of walking, women would join a long queue, before setting off home with their animals carrying or pulling heavy loads. Since Brooke’s first involvement in 2017, the community has benefitted from the construction of a water reservoir, water points and a trough, marking an end to long queues and low supplies.

Water carriers: Donkeys in Ethopia are vital to human survival. © The Brooke

Whilst such projects will not solve the water shortages fully, they are a major step forward for many communities and equines in the Oromia region. Ethiopia is home to about nine million working equines.  They play a crucial role in the national economy, transporting water, grains, fuel, wood and agricultural products, but their welfare can be extremely poor. Following the inauguration of these 17 water projects, many more of these hard-working animals and their owners will have access to safe drinking water.

Brooke is an international charity that protects and improves the lives of the working horses, donkeys and mules that give people in the developing world the opportunity to work their way out of poverty. More than 100 million of these animals are currently working worldwide, earning an income that around 600 million people rely on to put food on their tables, send their children to school and build better futures for themselves and their families.

Sadly, many working horses, donkeys and mules are suffering, so Brooke works in more than 11 developing countries, with owners, communities, service providers, governments and international organisations to make long-lasting improvements to the lives of animals and their owners.