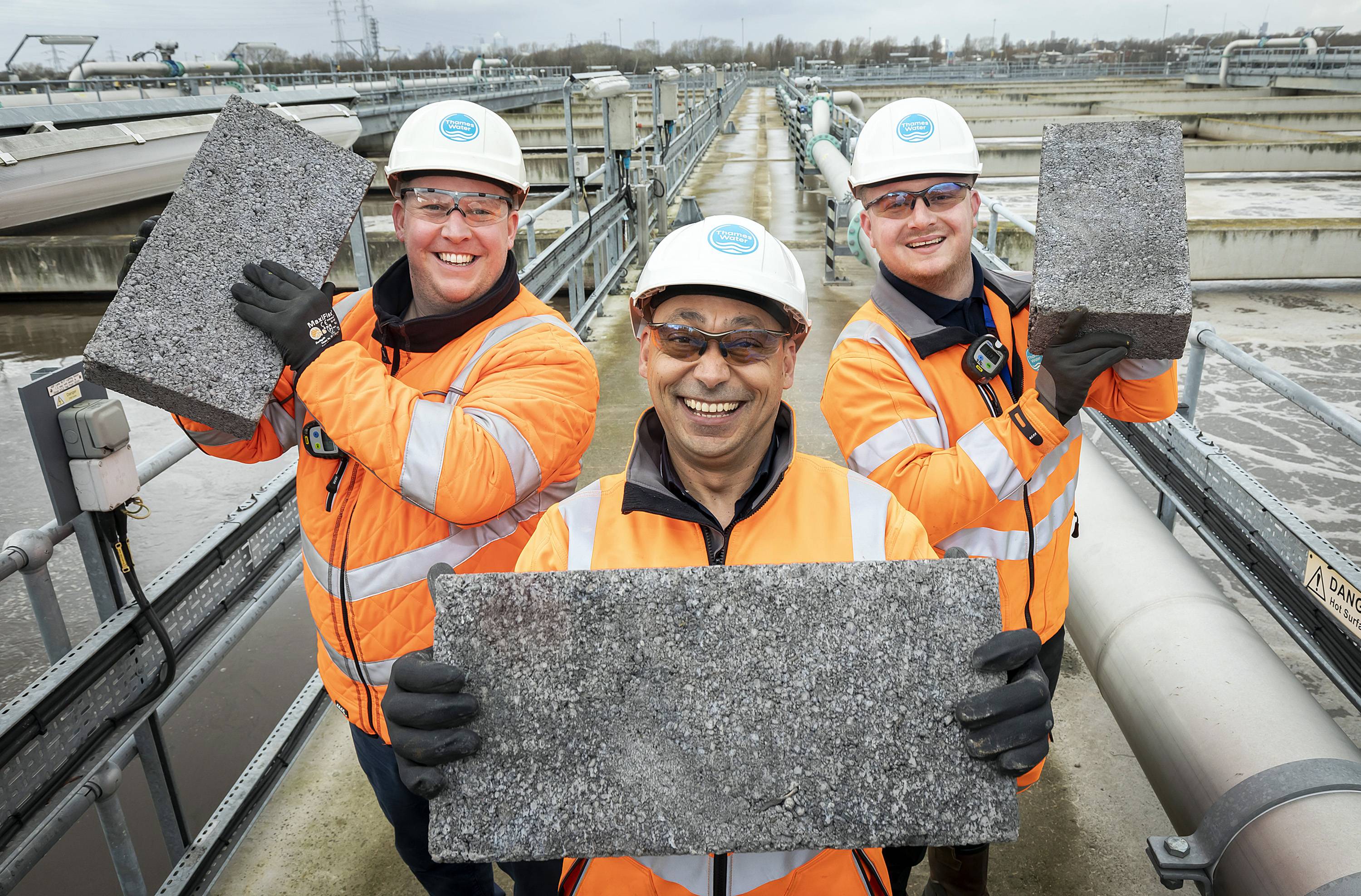 A flush deal signed this week could see Londoners’ waste used for building new homes. In a breakthrough development, Thames Water has found an inventive way to use sewage – which already generates renewable power – to help create material for carbon negative heavy-duty bricks.

Every day, the waste of four million Londoners entering Europe’s largest sewage works in Beckton is drained of water, with the leftover solids roasted in the company’s waste-to-energy incinerator. The high temperatures sanitize the waste and release heat for producing electricity on site. The leftover ash has – until now – been binned.

The latest innovation announced today will see this dried residue ash reacted with carbon dioxide, water, sand and a small quantity of cement to form aggregate for individual breeze blocks – each weighing 17kg. Thames Water’s supply deal is expected to produce 18,000 tonnes of aggregate every year, enough for around 2.3 million construction blocks to be used in a range of property and business developments across the capital and beyond.

Nigel Watts, Thames Water’s head of wastewater treatment, said: “We’re transforming tonnes of waste from our sewage treatment process into a useful product, which can be used in construction in a variety of ways. It’s amazing to think that what’s flushed down the toilet could light up your bathroom and now help build homes, helping to support the huge growth predicted for our region.

“We’re always looking for the alternative, more sustainable ways to dispose of waste that avoids landfill and this is fantastic news for our customers, putting downward pressure on bills, and the environment, which we work hard to protect and enhance.”

It’s estimated that an extra 2.1 million people are due to move into the Thames Water region over the next 25 years. As part of its business plan for 2020-25, the company has pledged to spend £2.1bn increasing resilience and generate enough renewable electricity to power the equivalent of 115,000 homes. Beckton sewage works, in the east London borough of Newham, was part of Sir Joseph Bazalgette’s original 1864 waste network for the capital.

Thames Water is the UK’s biggest water and wastewater services provider. We have invested more than £1 billion every year, on average, for the past 13 years improving service for over 15 million customers across London and the Thames Valley. For an average of just over £1 a day, we provide 2.7 billion liters of clean drinking water and safely remove 4.4 billion liters of wastewater – every day. Sludge digestion and incineration, together with wind and solar power, generated more than one-fifth of our energy needs in 2017/18, reducing greenhouse gas emissions, and saving the equivalent of £30 million in energy costs.