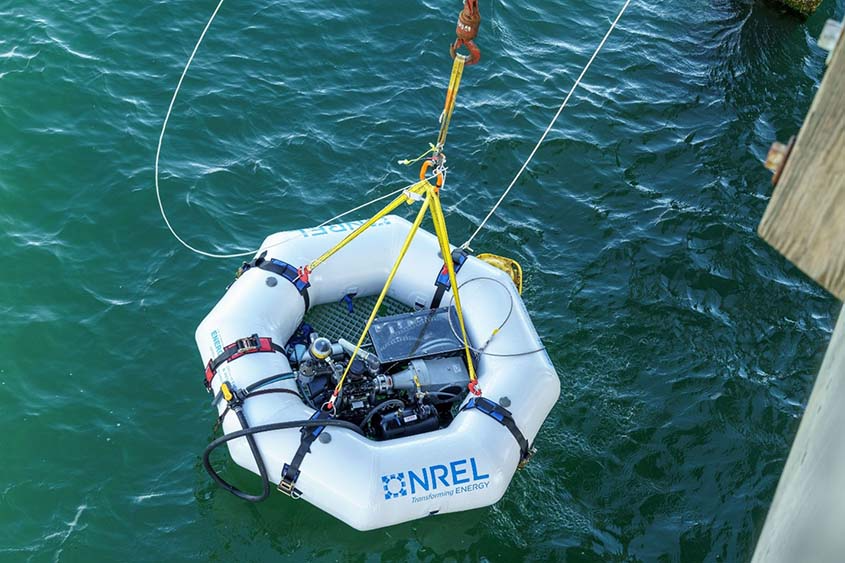 NREL’s hydraulic and electric reverse osmosis wave energy converter device consists of a mechanical drivetrain and hydraulic pump that, once anchored, uses the vertical movement generated by passing waves to pump water to a reverse osmosis desalination unit on the pier. Photo from Andrew Simms, NREL
On a sun-filled winter day, National Renewable Energy Laboratory (NREL) researchers visited Jennette’s Pier, which sits on the shore of Nags Head beach in North Carolina. Amid salty air and crashing waves, the crew deployed a wave-powered desalination test device and anchored it to the nearby seabed—a long-awaited feat for the research team.

“Getting to this point has required a lot of patience and perseverance, but that's part of developing new renewable marine energy technologies,” said Scott Jenne, NREL’s marine energy systems engineering and techno-economic lead and principal investigator for the U.S. Department of Energy’s Waves to Water Prize. “Between building the device and finding a good-weather window in which to deploy, there were obstacles along the way, but we overcame those challenges and finally got the test device into the water.” 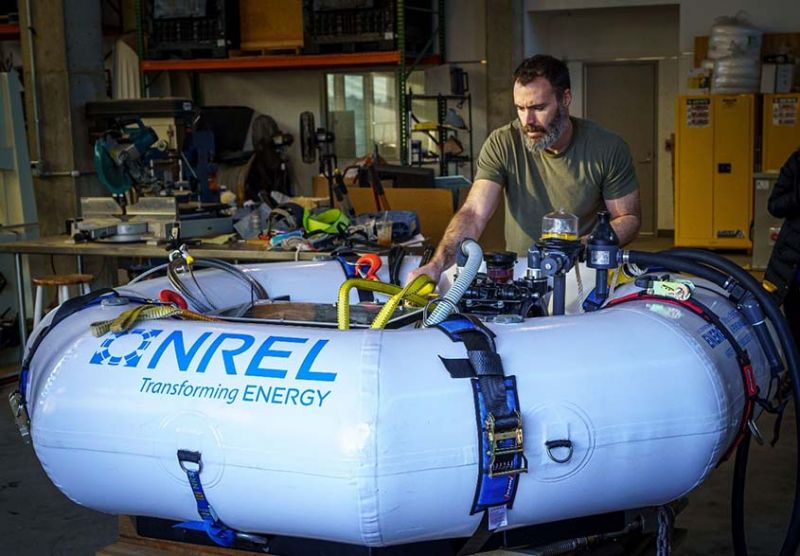 NREL researchers began designing the hydraulic and electric reverse osmosis (HERO) wave energy converter (WEC) device in summer 2020 and finished building it in January 2022. The team spent all of 2021 designing and constructing the HERO WEC, which is about 6 feet in diameter or roughly the size of a round dining table. After a year of facing unexpected supply-chain challenges, the team finally found a chance to test the device in the laboratory just before shipping it to North Carolina for ocean trials.

With help from the Coastal Studies Institute, NREL deployed the HERO WEC from Jennette’s Pier—the same location where Waves to Water Prize finalists will launch their wave-powered desalination prototypes. With the help of a spider crane, the 714-pound HERO WEC was hoisted over the pier’s railing, suspended about 2 feet above the water, and then swiftly dropped into the ocean. Experts at the Coastal Studies Institute then towed the device to its anchor site, where it was thoroughly secured overnight before being retrieved. The crew will run through the same motions with Waves to Water Prize competitors’ devices this spring; however, competitors’ prototypes will weather up to 5 days of in-water testing.

An octagonal floating tube with equipment in its center hangs from ropes over the ocean
NREL’s HERO WEC hangs suspended over the water at Jennette’s Pier in Nags Head, North Carolina. Photo from Andrew Simms, NREL 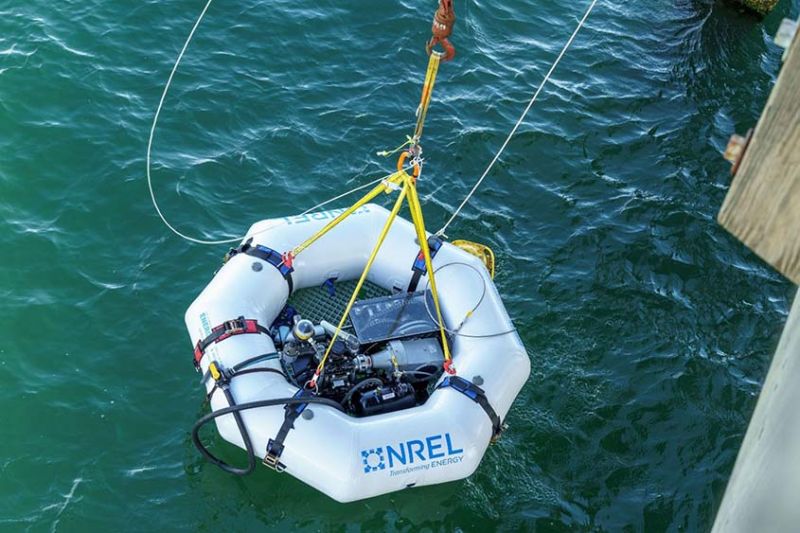