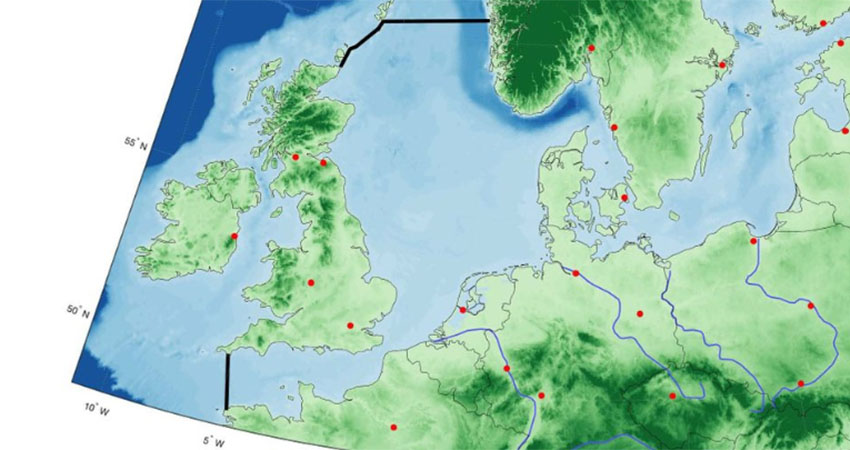 New research suggests that only dams of nearly 600 kilometres could protect northern Europe against a sea level rice of several metres. They state that if we do not succeed in mitigation this kind of infrastructural projects are needed. Researcher Sjoerd Groeskamp, oceanographer at the Royal Netherlands Institute for Sea Research and Joakim Kjellson at GEOMAR in Kiel, Germany, recently published their  study   in The Bulletin of the American Meterological Society.

Building a 475 kilometres long dam between the north of Scotland and the west of Norway and another one of 160 kilometres between the west point of France and the southwest of England could act as a defence against climate change. The costs of 250-500 billion euros are merely 0.1% of the gross national product annually over 20 years, of all the countries that would be protected by such a dam. “The design of this extreme dam is mainly a warning”, states Groeskamp. “It reveals the immensity of the problem hanging over our heads. We need to stop climate change now.”