OPINION - The myth of day zero: What we got wrong with water 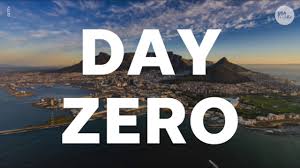 “Day Zero” is now part of the lexicon of water management.

There are at least two things wrong with the term: The implication that it is an unavoidable surprise from mother nature, and that running out of water equally impacts everyone in society.

Both of these perceptions are wrong and will be perpetuated as long as we continue to refer to “Day Zero.”

It’s time for the public sector, businesses and civil society to implement real solutions to water scarcity and associated inequity.

In 2018, the city of Cape Town in South Africa introduced the idea of Day Zero to focus the public’s attention on managing water consumption by convincing residents to reduce water usage (Cape Town Day Zero ).

The four million residents of Cape Town were  about three months away from “running out of water” (Cape Town One Year Later) authorities said. The city experienced three consecutive years of low rainfall and April 12, 2018, was to be the date of what was being called the largest drought-induced municipal water failure in modern history.

The city’s plan was for the entire population to collect its water (an estimated maximum of a two-minute shower’s-worth a day per person) from 200 centralized water centers. However, when April 12th rolled around, the city made it without turning off the taps.

A bit of luck and last-minute emergency water conservation measures managed to get the city through the crisis.

This sounds like a success story. It’s not. Here’s why.

SOURCE TO COMPLETE ARTICLE ON REUTERS by Will Sarni