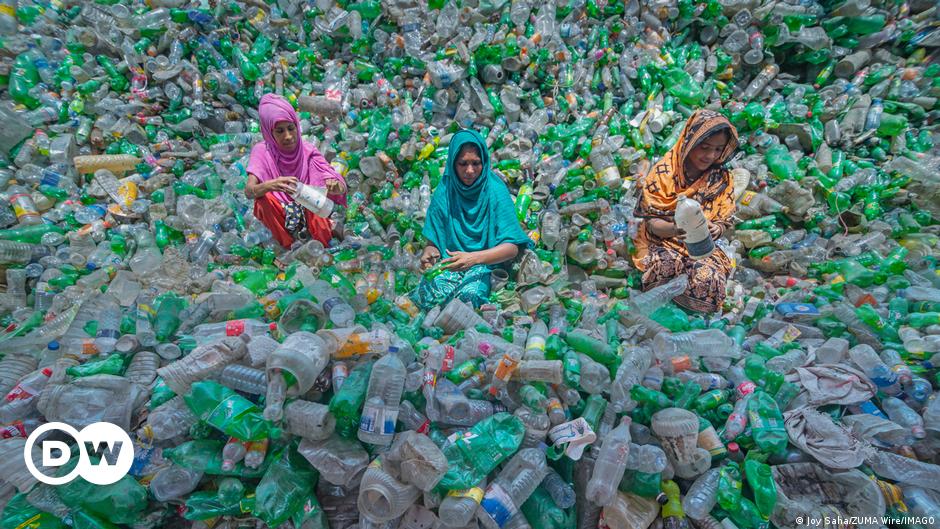 But a global treaty to curb this flood of pollution could change things. Earlier this year, world leaders unanimously voted at a United Nations conference to collaborate on a legally binding agreement on plastic by 2024.

"This is the most significant environmental multilateral deal since the Paris accord. It is an insurance policy for this generation and future ones, so they may live with plastic and not be doomed by it,” Inger Andersen, head of the UN Environment Programme, said after the decision.

Now it's time for a negotiating committee, made up of UN delegates, specialized agencies and NGOs, to nail down the details. This week it is meeting in Uruguay for the first round of talks on how to address the production, design and disposal of plastic.

What is the scale of the problem?

Though there are lots of statistics around plastic production, campaigners say we can't be sure what the hard numbers are. There are no global requirements for the industry to report their output, but the magnitude of the crisis is clear.

The Heinrich-Böll-Stiftung, a political foundation in Germany, estimates that 8.3 billion metric tons (9.1 billion US tons )  of plastic were produced between 1950 and 2015. That's more than a ton per person living in the world today. Most of it has gone into single use products and packaging. Less than 10% has been recycled.

The rest is burned, dumped in landfills or littered in nature where animals can choke on it or get tangled up.