Public Water and the Intimacy of Hydraulics - Case Mumbai 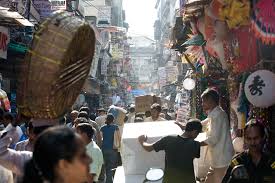 Mumbai’s water network has long distributed water, difference, and inequality through the city. Delivering over three billion liters of water daily to over twelve million people, the city’s hydraulic infrastructure is today the among the largest in the world. Its material entails and makes intimate publics that are required to regularly petition for, request, and demand water from bureaucrats and elected officials. Both publics and their states are brought into being not before or following, but with the pipes, liquid materials, and intimate labors around water infrastructures that form the city.

In the 1960s, Jürgen Habermas theorized the public sphere as a discursive space for collective, reasoned debate about matters of shared concern. In the time since, feminist and postcolonial scholars have nuanced this understanding of the public sphere by demonstrating that publics are plural, and that claims to who can participate in or be recognized as publics are riven with race, class, and gender asymmetries. But to date, the corpus of work on publics and publicity has, with some notable exceptions, been largely focused on discourses to theorize the making of publics. For instance, in his landmark article “Publics and Counterpublics,” Michael Warner argues that a “public is a social space created by the reflexive circulation of discourse.” Nevertheless, as Brian Larkin points out, it is not only discourses, but also infrastructures that address publics, and in so doing, bring publics into being. How might infrastructures—as technopolitical forms—be entailed in the making of publics?  As “communities of the affected,” hydraulic publics come into being through the intimate and material consequences of water distribution in Mumbai.

Water has long gathered publics around wells, streams, rivers, and pipes whenever it has been found, even in the absence of the state, and its infrastructures make publics in many ways.  First, water infrastructures in particular call for public institutions to be responsible for their management. Water utilities have historically been a key function of municipal government. Second, infrastructures do more than just distribute water and other “boring things.” Publics, as political communities, are constituted and gathered by the designs of networked infrastructures like water pipes. Finally, infrastructures such as pipes or roads produce public space, the very terrain on which political subjects gather and make claims to rights and distributive justice.

In Mumbai, claims to the control of water pipes are plural, public, and deeply contested between the city’s residents, councilors, engineers, and social workers. Claims to pipes, by councilors and residents alike, are made using intimate scripts of belonging to the city and to the family. As such, these practices challenge normative readings of water as a right made available through the public administration of water. Intimacy and bureaucracy are key to the generation of infrastructure, publics, and indeed, water in the city.

SOURCE TO COMPLETE ARTICLE by Nikhil Anand on EFLUX.com

Nikhil Anand  is Assistant Professor of Anthropology at the University of Pennsylvania. His research focuses on the political ecology of cities, read through the different lives of water. His first book,  Hydraulic City  (Duke University Press, 2017), focuses on the everyday ways in which cities and citizens are made through the everyday management of water infrastructure in Mumbai.