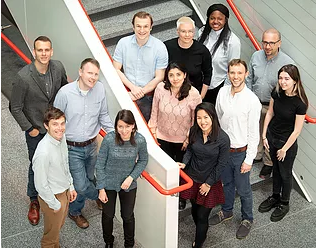 London-based advanced materials startup Puraffinity has secured $3.55m in an oversubscribed seed round.

The company is rebranding and changing its name from “CustoMem” to “Puraffinity” to reflect the broad application of its technology to design an array of materials for purification by leveraging the power of chemical affinity principles.

The company is currently developing a range of adsorbent media materials, targeted at removing Per- and polyfluoroalkyl Substances (PFAS) from water. PFAS contamination has become a worldwide environmental challenge as stringent advisory limits are being imposed and conventional treatment processes, such as granular activated carbon and ion exchange, are not able to provide a robust and cost-effective solution.

“By successfully raising seed capital finance, we can accelerate our scale up and deploy our technology in global markets that are in immediate need of a solution to the PFAS problem,” said Puraffinity Chief Executive Officer Henrik Hagemann.

“We are pinpointing our efforts at industries facing the most severe contamination problems, such as airports, military bases and chemical manufacturing. This stems in many cases from extensive use of firefighting foams and the infiltration of these into groundwater sources that now require treatment,” Henrik added.

Leading investor in the seed round is Kindred Capital, a London based early stage venture capital fund. Founding partner of Kindred, Leila Zegna is being appointed as investment director at Puraffinity.

Other investors include HG Ventures, the corporate venture arm of The Heritage Group of Indianapolis USA who specialises in investing and partnering with companies developing advanced materials and sustainability tech companies, investiere.ch (Verve Capital Partners) of Switzerland and a number of prominent angel investors including former Microsoft Head of Corporate Strategy Charlie Songhurst & CEO of Entrepreneur First, Matt Clifford.

Trials with one of Europe’s busiest airports will be commencing in the autumn. In addition, the company is discussing collaborations and partnerships with several reputable players in the global water space, to accelerate go-to-market plans and meet an ambitious growth agenda.

“Trials to date show that we can provide a cost-effective and versatile solution. Our customised media product can be retrofitted into existing assets and higher affinity allows higher flow rates to be used. This reduces the need for extremely large tanks, thereby mitigating footprint constraint challenges,” explained Henrik Hagemann.