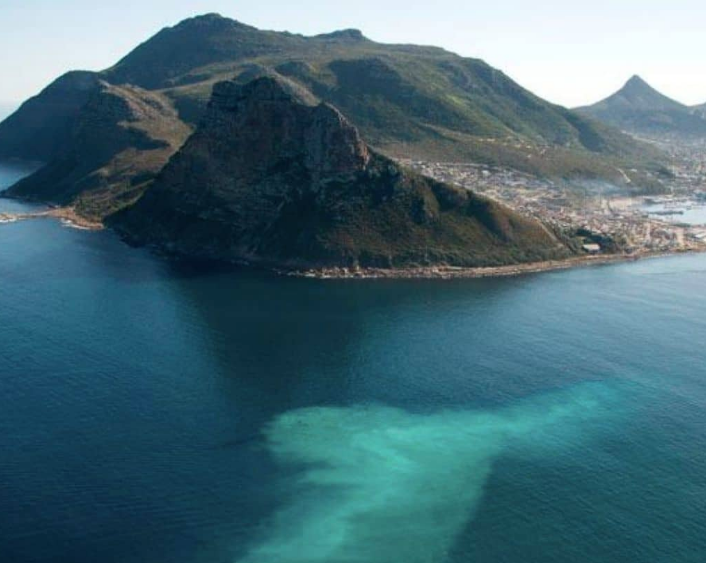 Here’s how the sewage lands up in the ocean

According to Tresfon, the effluent is passed through a screen to remove larger contaminants like sanitary towels and nappies and then pumped into the ocean.

These plants often suffer breakdowns from poor maintenance and/or load shedding and in both these cases, the raw sewage coming into the plant is simply diverted into the river system.

“When the wind blows from the northwest, as it does for most of the winter, the sewage blows straight back to shore. Then we have various sewage treatment plants where the effluent is released into water bodies such as the Diep River (Milnerton Lagoon) and ZeekoeiVlei to name just two of many,” said Tresfon.

Who is responsible for the sewage ‘spills’ in the ocean?

When asked who he thinks is responsible for the dumping of raw sewage into our oceans, Tresfon said that it would be unfair to blame the City of Cape Town completely.

“National Government’s Department of Water and Sanitation carries certain responsibilities. Then there is the Provincial Government and the City that both carry the responsibility as well,” said Tresfon.

“My experience from dealing with all three over the last few years is that very few people in charge of this issue have any real interest in dealing with it. As said previously it all comes back to money. With many pressing issues facing the City and declining budgets through reduced tax collection and stolen funds, they have to choose where to spend the money,” explained Tresfon.

When asked the question of who is responsible, Robertson said: “I’m not certain of the legislation but Constitutionally we have a right to a healthy environment and all spheres of Government, National, Provincial and Local have a responsibility to protect those rights. In this case, the City of Cape Town is closer to the coal face interventions but the Province and Department of Environmental Affairs, have roles to play.”

What should be done to combat the issue?

Tresfon said that In terms of the outfalls, the treatment plants need to be built and the effluent treated to at least secondary level before it gets pumped out to sea. In terms of the river-based sewage plants, he said there needs to be proper maintenance on a regular basis and some form of protection from load shedding, such as backup generator plants.

“This stuff is not rocket science but it’s all about money. It’s cheaper to pump sewage into our water bodies than actually treat it. Assuming the current levels are not harming the ocean (which I don’t believe for a second) the levels will increase exponentially with the population growth,” said Tresfon.

“I want the public to be aware of the problem, otherwise, it remains out of sight and out of mind,” added Tresfon.

Robertson said that sewage should be used to recover the water. “The solids should be removed and treated to absorb toxins. This will cost money but it’s essential,” he said.

FULL ARTICLE AT THE SOUTH AFRICAN