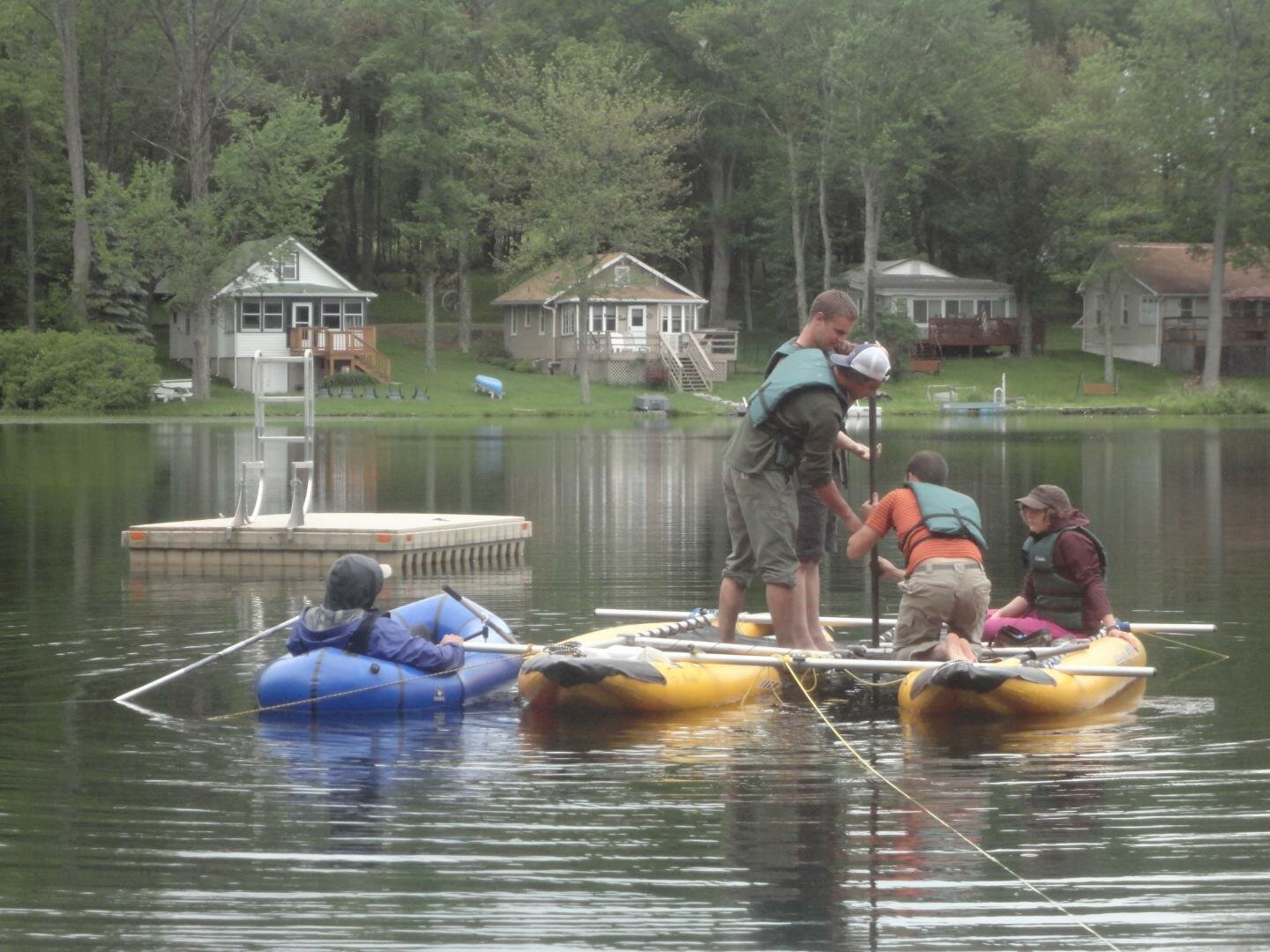 A  recent study led by a University of Wyoming researcher found that even in dramatically changing climates, mechanisms can be found that predict how those changes will play out.

The last ice age was 11,000 years ago and, since then, climates have continuously changed, triggering constant shifts in the landscape.

This study found predictable, traceable connections between changes in how the Atlantic Ocean flowed and operated with centuries-long droughts and changes in forest makeup. Connections like these provide a useful framework for anticipating how climate change will continue to shape the way weather and ecosystems look in the future.

“Our study found that, over the past 8,000 years, shifts in the Gulf Stream in the Atlantic led to severe drought in North America,” says Bryan Shuman, a professor in UW’s Department of Geology and Geophysics, who headed up the research that came to these conclusions. “The mechanics of this connection remain today, and the potential for changes in the ocean to lead to severe droughts highlights a serious risk for the U.S.”

“However, the predictability -- the strong ability to forecast drought and its impacts -- is good news,” Shuman adds. “The study focused on an area of the Atlantic Ocean that is experiencing rapid changes today. We can use that predictability to anticipate similar changes in the future and prepare for them to the best of our ability.”

UW undergraduate students work with Bryan Shuman (in a small boat), a UW professor of geology and geophysics, to collect sediment core samples from the bottom of small lakes in the northeast United States as part of a study of ancient droughts. Pictured, from left, are Nicolas Mores (wearing hat), Ryan Davis, John Calder (a Ph.D. student) and Sara Burrell. Shuman was the lead author of a paper, titled “Predictable Hydrological and Ecological Responses to Holocene North Atlantic Variability,” that was published in the March 11 edition of PNAS. (Image by Marc Serravezza via uwyo.edu)

Shuman was the lead author of the paper, titled “ Predictable Hydrological and Ecological Responses to Holocene North Atlantic Variability ,” that was published in the Proceedings of the National Academy of Sciences (PNAS) . The journal is one of the world’s most prestigious multidisciplinary scientific serials, with coverage spanning the biological, physical and social sciences.

The paper focuses on the role of changing ocean circulation in creating droughts in the northeastern United States. Researchers looked at the combined evidence of changing water levels of lakes and changes in the makeup of eastern forests to explore the timing and potential triggers for these changes.

Lake sediment cores, which track the history of a lake for thousands of years, show that the region has become progressively wetter over the past 11,000 years, but that noticeable droughts interrupted the trend for centuries at a time. Researchers then searched for major changes happening at the same time that could cause the droughts and connected them to major shifts in the Gulf Stream in the Atlantic.

“The paper also is important for two other reasons,” Shuman explains. “One, it shows that forests can change dramatically as climate changes. What tree species grow in a certain area changes quickly as climate changes; and, two, by using and comparing multiple methods and locations, we showed that our results were not a fluke. We can get reliable estimates of how climate has changed in the past, which makes us more confident of how we can predict how climate will change in the future.”

During this study, researchers examined 8,000 years of climate variations and their effects in the North Atlantic region. The currently humid Northeast was once as dry as the eastern Great Plains region, which illustrates how severely climate changes can alter water supplies, he says.

The importance of climate change arises from effects on natural resources such as water and ecosystems, the paper says. Diagnosing the predictability of these events in the past can help to anticipate future changes, while also clarifying what is known about climate in the past, according to the paper.

The project was funded by the National Science Foundation (NSF).

“Significant environmental changes are taking place on Earth. This paper shows that past changes in ecosystems as different as the Atlantic Ocean and North American forests were linked with one another in important and scientifically predictable ways,” says Matthew Kane, a program director at the NSF. “The ability of science to understand these links and forecast outcomes has significant implications for agriculture, forestry and our nation’s future economic prosperity.”