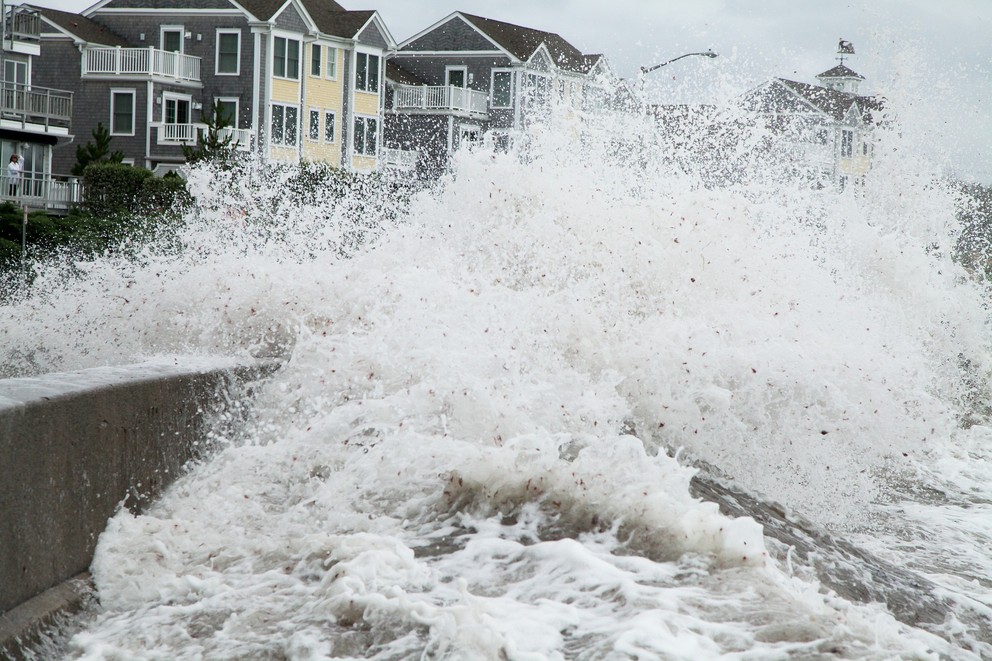 Decision-makers face choices about how to design risk management strategies to protect coastal populations from rising sea levels and storm surges. Finding a solid strategy is difficult and only complicated by a warming climate, but a team of Penn State researchers has identified five factors that can better characterize risk management options.

“One of the key problems with deciding how to adapt to changing flood hazards is that there are a number of divergent hazard projections out there,” said Vivek Srikrishnan , an assistant research professor in the Earth and Environmental Systems Institute (EESI) at Penn State. “The other problem is that these projections aren’t always provided in a standardized way, and so it can be difficult to synthesize them together into a single narrative about what kind of flood hazards we might expect going forward, let alone decide on a plan for adaptation.”

The scientists analyzed sea-level rise and storm surge projections for Norfolk, Virginia, and standardized the results to resolve the differences. They identified five factors that caused the greatest differences between projections and had the potential to impact risk management strategies. The five factors are: accounting for the complex behavior of ice sheets; considering a timescale past the century; resolving storm surge events with a low probability of occurring; considering that storm surge may deviate from the historical record; and taking into account the fact that projections are uncertain. The researchers' findings appear in a recent edition of the journal Scientific Reports.

The researchers found that assumptions about ice sheet behavior led to the greatest differences in projections. Models that accounted for the potential of a rapid disintegration and melting of ice sheets projected 1.7 to 4.5 more feet of sea-level rise by 2100 than those that did not make similar assumptions.

The researchers also noted that more useful sea-level rise and storm surge projections looked beyond the 100-year timescale, which is relevant when planning infrastructure projects that are likely to extend beyond their original design life; included storm surge events with a low probability of occurring; and considered that storm surge may deviate from the historical record.

A 100-year storm event has a 1% chance of occurring in any given year. The Federal Emergency Management Agency uses the 100-year event as its standard for flood insurance. The government also recommends that critical infrastructure, like power plants and hospitals, be built to withstand a 500-year storm event, which has a .2% chance of occurring in any year, said Kelsey Ruckert, a research technologist in EESI.

“Norfolk has had an over-100-year storm event once a century for the past 300 years,” said Ruckert. “Norfolk’s floodwalls and floodgates today would not necessarily withstand stronger storm events.”

The scientists also recognized the deep uncertainty in projections and said coastal planners should consult multiple sources to make an informed decision.

“We evaluated at least eight sea-level rise studies and five storm surge studies,” Ruckert said. “They all make different assumptions. It’s an uncertain gamble if you pick just one estimate.”

The researchers said their method can apply to other areas along the coastal United States. Decision makers can adapt it over time as they receive more information to account for new developments and improve their risk assessments.

Klaus Keller, professor of geosciences and director of the Penn State Center for Climate Risk Management, also worked on the study.