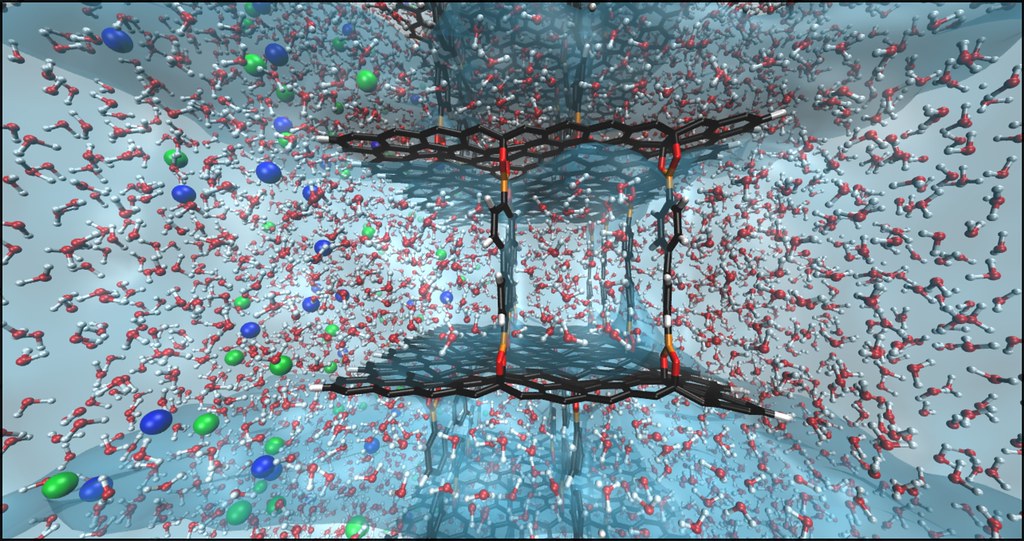 By embedding supporting carbon nanotube networks, researchers have developed a way to improve the performance of thin graphene-based membranes designed for water desalination, making it less likely they crack or tear and thus undermine the entire desalination system.

According to tests of the material, the new graphene hybrid membrane shows high water permeance and salt separation performance at previously unattainable scales.

"The study brings the membrane area from micrometer-scale to centimeter-scale, which is large enough to be tested in a bench-scale membrane system, representing a major milestone in scaling up nanoporous graphene membranes," writes Baoxia Mi in a related Perspective.

Ideal material for removing salt from seawater to create potable freshwater should be thin, strong enough to withstand extended use and contain uniformly sized and distributed pores for efficient ion separation. Nanoporous 2D graphene membranes are well suited for this purpose and have experimentally demonstrated exceptionally fast and efficient desalination.

However, as the surface area of these membranes increases, they become more prone to defects and damage, which significantly reduces their ability to separate unwanted substances from water. Because of this, the use of ultrathin graphene nanomesh materials has been limited to proof-of-concept demonstrations using micrometer-scale flakes.

Here, Yanbing Yang and colleagues present a method for fabricating graphene membranes that overcome these limitations. Yang et al. developed an atomically thin graphene nanomesh (GNM) reinforced by an interwoven network of single-walled carbon nanotubes (SWNT). The SWNTs physically partition the GNM material to form a structural framework - not unlike the Voronoi-like cells of a dragonfly wing - which provides mechanical stability at centimeter scales.

Furthermore, the network of SWNT blocks the spread of cracks or tears in the graphene, effectively constraining any damage to a small area. Further testing of the material shows its highly efficient desalination capabilities. According to Yang et al., because there are no fundamental limitations in producing large sheets of the SWNT-reinforced graphene, membranes could possibly be readily scaled up to meter scales. In the related Perspective, Mi notes that despite the "intriguing work" by this team, the technology still has a way to go before it can be implemented in real-world desalination systems.

Porous graphene sheets have excellent filtration capabilities and are able to block most ions, but their fragility limits their scale-up beyond laboratory demonstrations. Yang et al. created a nanoporous graphene membrane reinforced by a network of single-walled carbon nanotubes (SWNTs) to provide mechanical stability (see the Perspective by Mi). The SWNT network also stopped the propagation of cracks in the graphene, effectively localizing the damage to a small area defined by a cell in the carbon nanotube mesh. The membranes showed high water flux rates as well as a high rejection rate for most ions.

Nanoporous two-dimensional materials are attractive for ionic and molecular nanofiltration but limited by insufficient mechanical strength over large areas. We report a large-area graphene-nanomesh/single-walled carbon nanotube (GNM/SWNT) hybrid membrane with excellent mechanical strength while fully capturing the merit of atomically thin membranes. The monolayer GNM features high-density, subnanometer pores for efficient transport of water molecules while blocking solute ions or molecules to enable size-selective separation. The SWNT network physically separates the GNM into microsized islands and acts as the microscopic framework to support the GNM, thus ensuring the structural integrity of the atomically thin GNM. The resulting GNM/SWNT membranes show high water permeance and a high rejection ratio for salt ions or organic molecules, and they retain stable separation performance in tubular modules.