Researchers Use Egg Whites to Remove Microplastics From Water 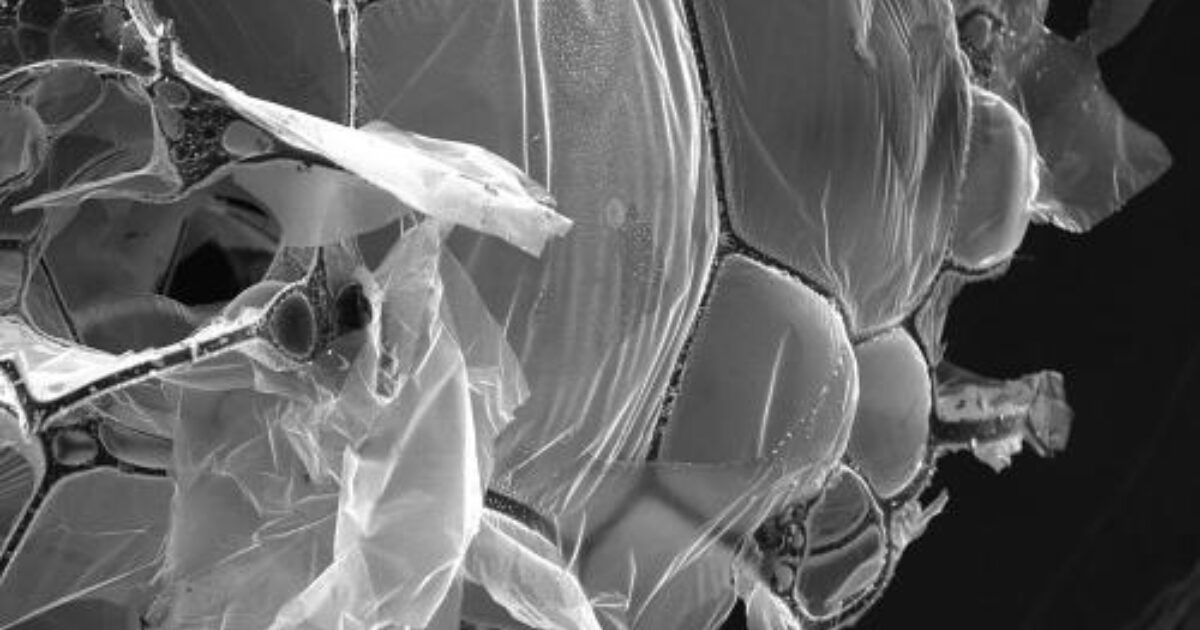 Researchers at Princeton Engineering have found a way to turn your breakfast food into a new material that can cheaply remove salt and microplastics from seawater.

The researchers used egg whites to create an aerogel, a lightweight and porous material that can be used in many types of applications, including water filtration, energy storage, and sound and thermal insulation. Craig Arnold, the Susan Dod Brown Professor of Mechanical and Aerospace Engineering and vice dean of innovation at Princeton, works with his lab to create new materials, including aerogels, for engineering applications.

One day, sitting in a faculty meeting, he had an idea.

“I was sitting there, staring at the bread in my sandwich,” says Arnold. “And I thought to myself, this is exactly the kind of structure that we need.” So he asked his lab group to make different bread recipes mixed with carbon to see if they could recreate the aerogel structure he was looking for. None of them worked quite right initially, so the team kept eliminating ingredients as they tested, until eventually only egg whites remained.

Subscribe: If you don't want to bring your iPad into the bathroom, we can send you a magazine subscription for free!
Egg whites are a complex system of almost pure protein that — when freeze-dried and heated to 900 degrees C in an environment without oxygen — create a structure of interconnected strands of carbon fibers and sheets of graphene. In a paper published Aug. 24 in Materials Today, Arnold and his coauthors showed that the resulting material can remove salt and microplastics from seawater with 98% and 99% efficiency, respectively.

“The egg whites even worked if they were fried on the stove first, or whipped,” says Sehmus Ozden, first author on the paper. Ozden is a former postdoctoral research associate at the Princeton Center for Complex Materials and now a scientist at Aramco Research Center. While regular store-bought egg whites were used in initial tests, Ozden says, other similar commercially available proteins produced the same results.

“Eggs are cool because we can all connect to them and they are easy to get, but you want to be careful about competing against the food cycle,” says Arnold. Because other proteins also worked, the material can potentially be produced in large quantities relatively cheaply and without impacting the food supply. One next step for the researchers, Ozden notes, is refining the fabrication process so it can be used in water purification on a larger scale.

If this challenge can be solved, the material has significant benefits because it is inexpensive to produce, energy-efficient to use and highly effective. “Activated carbon is one of the cheapest materials used for water purification. We compared our results with activated carbon, and it’s much better,” says Ozden. Compared with reverse osmosis, which requires significant energy input and excess water for operation, this filtration process requires only gravity to operate and wastes no water.

While Arnold sees water purity as a “major grand challenge,” that is not the only potential application for this material. He is also exploring other uses related to energy storage and insulation.