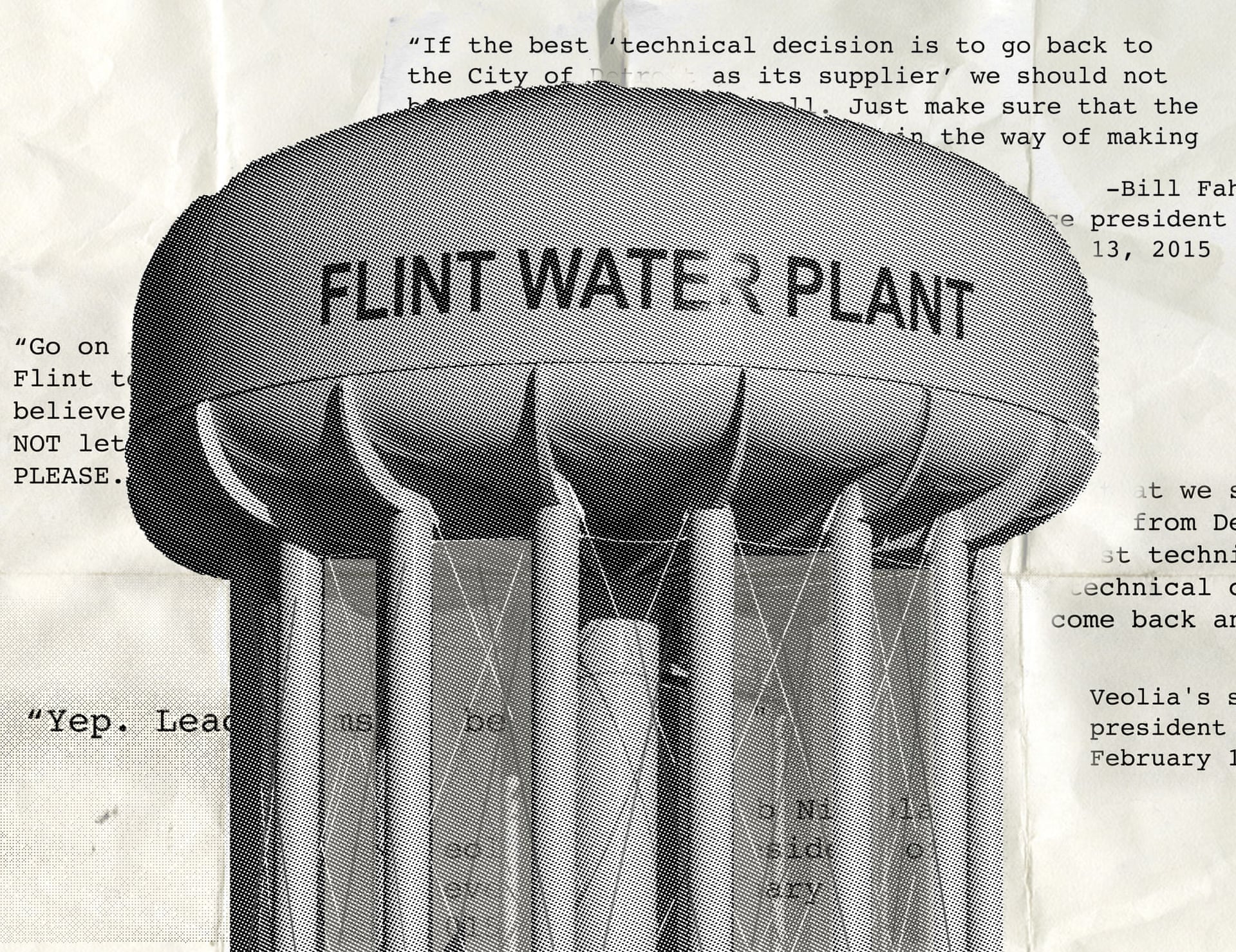 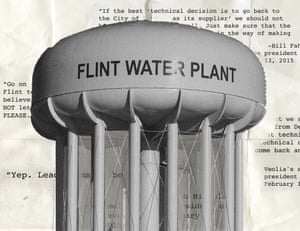 The crisis in Flint, a majority-black city of 100,000, has served as a rallying cry for victims of environmental racism across the US. Illustration: Guardian Design

Executives at one of the world’s largest utilities companies knew that families in Flint, Michigan, might be at risk of being poisoned by lead in their tap water months before the city publicly admitted the problem, according to internal company emails.

Email exchanges in February 2015 between executives at Veolia and a city contractor show some senior employees were aware that lead from the city’s pipes could be leaching into drinking water. They argued that city officials should be told to change Flint’s water supply to protect residents.

But the company never made that recommendation public. At the time, Veolia was exploring other lucrative contracts with the city.

Flint began struggling with foul tasting, discolored water after switching to the Flint River as its supply in April 2014. Test results soon showed elevated levels of carcinogens. The water was corrosive, so it was releasing lead from pipes. The city found extraordinarily high lead levels in one resident’s water in February 2015, but residents were not made aware of the extent of the problem until September 2015.

Five years later, the people of Flint continue to demand accountability for the water crisis, which exposed residents to high levels of lead, a potent neurotoxin. Children and infants who consumed the water are likely to suffer lifelong learning disabilities. Flint residents are still advised to either drink bottled water or filter it from the tap.

The emails, reviewed by the Guardian and MLive in a joint investigation, came to light in a lawsuit filed by the Michigan attorney general in the Genesee county circuit court. The lawsuit accused Veolia of “professional negligence, negligence, public nuisance, unjust enrichment and fraud”. The attorney general alleged Veolia gave Flint bad advice, and did not help it to prevent its lead crisis by pushing harder for safeguards against corrosion or a switch to a different water supply.

The court dismissed nearly all of the claims against Veolia last month, citing mainly procedural reasons.