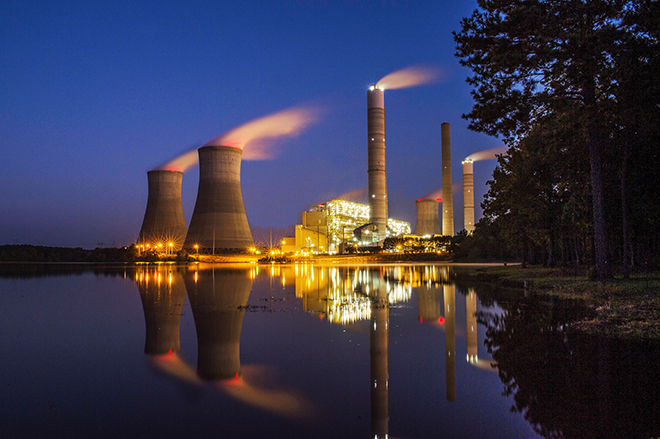 Many of the nation's coal-fired power plants, often heavy consumers of water resources, are in areas projected to soon face water stress due to climate change.

Based on an analysis of data from S&P Global Market Intelligence and the World Resources Institute, power generators in Texas, Indiana, Illinois, Wyoming and Michigan operate about 37.1 GW of coal-fired generation capacity in areas projected to face medium-high to extremely high water stress — when humanity's competition for water exceeds nature's ability to replenish it — due to climate change in 2030.

Those five states are home to more than one-third of the 98.2 GW of coal capacity analyzed that falls into those upper-risk categories.

Thus, an aging coal-fired fleet already retiring en masse due to the economic challenges of competing with renewable energy and natural gas-fired generation may come under even more intense pressure due to competition for limited water resources.

"I'll say it presents an enormous opportunity for all of us, as we think about it," Highley said. "When you look at a typical coal facility, it uses an enormous volume of water, and the fact that that will be liberated and available for other reuse is going to be significant."

Many U.S. coal-fired plants are already struggling to compete with other forms of generation. As water becomes scarce, disputes around the resource are likely to increasingly factor into energy infrastructure decision-making, said Joe Smyth, a research and communications manager with the Energy Policy Institute who authored a July report examining coal and water conflicts in the American West.

"This is just one more sort of factor that may help push them to make those decisions in favor of closing coal plants and pursue renewables," Smyth said.